Kids with brains that under-react to painful images

Children with conduct problems have an atypical brain response to seeing other people in pain, say researchers in Current Biology

When children with conduct problems see images of others in pain, key parts of their brains don't react in the way they do in most people. This pattern of reduced brain activity upon witnessing pain may serve as a neurobiological risk factor for later adult psychopathy, say researchers who report their findings in Elsevier's Cell Press journal Current Biology on May 2.

That's not to say that all children with conduct problems are the same, or that all children showing this brain pattern in young life will become psychopaths. The researchers emphasize that many children with conduct problems do not persist with their antisocial behavior. [pullquote align="right"]It is important to view these findings as an indicator of early vulnerability, rather than biological destiny. — Essi Viding, PhD[/pullquote]

"Our findings indicate that children with conduct problems have an atypical brain response to seeing other people in pain," said Dr. Essi Viding, a professor at the University College London Institute of Cognitive Neuroscience. "It is important to view these findings as an indicator of early vulnerability, rather than biological destiny. We know that children can be very responsive to interventions, and the challenge is to make those interventions even better, so that we can really help the children, their families, and their wider social environment." 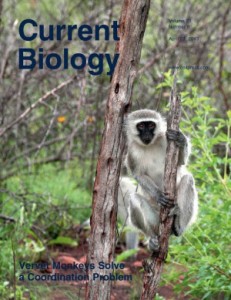 Conduct problems represent a major societal problem and include physical aggression, cruelty to others, and a lack of empathy, or "callousness." In the United Kingdom, where the study was conducted, about 5 percent of children qualify for a diagnosis of conduct problems. But very little is known about the underlying biology.

In the new study, Dr. Viding, Patricia Lockwood and their colleagues scanned children's brains by functional magnetic resonance imaging (fMRI) to see how those with conduct problems differ in their response to viewing images of others in pain.

The brain images showed that, relative to controls, children with conduct problems show reduced responses to others' pain specifically in regions of the brain known to play a role in empathy. The researchers also saw variation among those with conduct problems, with those deemed to be more callous showing lower brain activation than less callous individuals.

"Our findings very clearly point to the fact that not all children with conduct problems share the same vulnerabilities; some may have neurobiological vulnerability to psychopathy, while others do not," Dr. Viding said. "This raises the possibility of tailoring existing interventions to suit the specific profile of atypical processing that characterizes a child with conduct problems."