Dr. Richard B. Primack is Professor of Biology at Boston University, Editor-in-Chief of the Elsevier journal Biological Conservation and author of two widely used texbooks in conservation biology, which have been translated into 28 languages with local co-authors adding examples from their own countries. He was recently awarded the Distinguished Service Award of the Society for Conservation Biology for this activity. 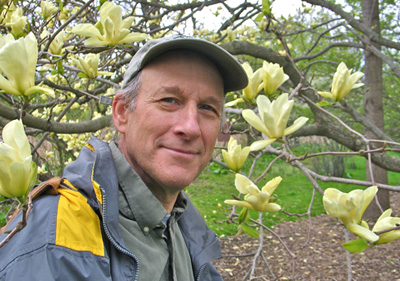 For the past 10 years, Prosfessor Primack and his students and colleagues have been investigating the effects of a warming climate on the ecology of plants and birds in Massachusetts, with an emphasis on following up the observations of Henry David Thoreau.

Dr. Primack wrote this editorial for Biological Conservation in response to an ongoing scandal involving a Spanish wildlife ecologist in which many papers have been retracted. Recently, certain results from a paper in Biological Conservation were removed, and the paper revised, because data provided by one of the authors could not be verified. As Editor-in-Chief, Dr. Primack said he was concerned that this example and others reported in the media might lead readers to believe that serious scientific misconduct is widespread and on the rise. But he and his colleagues came to a different conclusion. Elsevier Connect is reprinting his editorial with the permission of Dr. Primack and the journal's publisher: [divider]

Scientific misconduct occurs, but is rare

In a recent issue ofBiological Conservation, the authors of a paper published in 2011 (Jiménez et al., 2011) describe that certain results from their paper need to be removed (Jiménez et al., 2012). The reason for this, as described by the authors, is that the data provided by one of the co-authors could not be verified, as determined following an official investigation by their university. 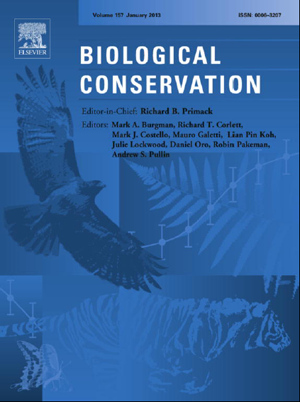 Readers of this journal and other scientific journals might be concerned that this example and others reported in the press and scientific outlets suggest that scientific misconduct may be both widespread and increasing (Steen, 2010; Retraction Watch), perhaps due increasing competition for jobs and research funding. However, we at Biological Conservation come to a very different conclusion. In fact, this is the first case of serious scientific misconduct that we have seen over the past 9 years of the journal, during which time around 2,000 papers have been published. Consequently it appears that scientific misconduct in this area of biology is actually quite rare. In fact, analysis by Steen (2010) suggests that retractions of scientific papers occur at a rate of 1–3 papers per 10,000 published. It is also possible that there are undetected cases of misconduct that were never uncovered.

However, we think that over the years, these would have been discovered if they existed. A careful reader will note that we used the words ‘‘serious misconduct’’ in the previous paragraph. We did this deliberately as we have encountered a small number of papers that present ethical issues, but fall somewhat short of real scientific misconduct. For example, we have had two cases in which an author submits a paper analyzing data and another scientist writes to us that the author does not have permission to use this data. In both of these examples, the authors have asserted that they do have proper permission.

We requested that the authors and other interested parties resolve this issue to everyone’s satisfaction before we considered the papers for publication. In both cases this appeared to work.

And as a third example, in the process of reviewing a paper in environmental economics, a reviewer pointed out the paper had been published already in an on-line university journal. The authors had not mentioned this in their cover letter, and had even stated that their paper had never been published previously. While we understand that the publishing practices in the field of economics are quite different from biology and other branches of science, we felt that the authors had not been transparent and honest about their paper. We rejected their paper, largely due to poor reviews, but we also informed the authors that their behavior was inappropriate for a biological journal even if it was acceptable in economics.

There have also been a number of cases in which authors have felt that reviewers have acted in an unethical manner. In one paper, the authors stated that a reviewer was threatening physical violence and may have been engaged in inappropriate cyber-stalking.

In another paper, the author asserted that the two reviewers were deliberately trying to wreck his career. We carefully investigated these charges, but we did not find any evidence for the accusations.

Steen, R.G., 2010. “Retractions in the scientific literature: is the incidence of research fraud increasing?” Journal of Medical Ethics.