Big Pharma concludes that to be more innovative, it must go where the innovation is

Chris Morrison is the Editor-in-Chief of Biopharmaceuticals and Consumer Products and Michael Goodman is Executive Editor of Biopharma for Elsevier Business Intelligence (EBI). This post is based on several articles they wrote for EBI flagship publications

IN VIVO magazine and “The Pink Sheet" Daily as part of the publications’ ongoing coverage of pharma industry-academic collaborations and relationships.[divider] Large pharmaceutical companies are increasingly partnering with academic researchers as a way to access early-stage innovation at a time when scientists are in urgent need of funding. Johnson & Johnson (J&J) is one of those companies.

In an effort to bolster its R&D engine, J&J is expanding and changing the way it interacts with innovation-rich research communities. It is creating four regional innovation centers (ICs) in Shanghai, Boston, California and London.

Each center will be staffed by representatives from across J&J’s businesses – scientists, lawyers, financial people and business development staff – making it easier for them to work together and, the expectation is, more accessible to external innovators.

These innovation hubs are intended to help the company present an integrated face to academic researchers, biotech entrepreneurs, and others in the early-stage life science world seeking the company’s funding and support. The centers can also act as deal-makers, alliance managers — and talent scouts for promising research and researchers.The shift illustrates J&J’s recognition that it needs to change the way it accesses external science, including its relationships with academia. In a twist on the old proverb, J&J is in effect moving the pharmaceutical mountain. Beyond the reorganization, it’s also an expansion of J&J’s efforts to fulfill a growing need for R&D substrate.

As with the deals J&J and other pharmas have pursued with academic centers, venture capitalists, and foundations, it’s unclear whether closer proximity to innovation outside J&J will improve its chances of bringing that science into J&J, or transform the quality of the R&D it already has. But the company is making the effort an imperative.

A Johnson & Johnson executive who had been instrumental in planning the company’s innovation centers spoke on March 12 to an audience of curious but somewhat skeptical academic researchers, entrepreneurs and graduate students at the Memorial Sloan-Kettering Cancer Center (MSKCC) in New York. She described the innovation centers – J&J’s most ambitious foray into cross-business innovation – as a one-stop shop for the scouting, funding and nurturing of early-stage life science ideas.

Suzanne Cross, until recently VP of Business Development for J&J Development Corp. (JJDC), J&J’s venture capital arm, conceded that in the race to access the latest in life science assets and technologies, J&J was “late to the party.” But she succinctly described the purpose and operating model of the ICs as being different from those of J&J’s big pharma peers, albeit with the same ultimate goal: licensing, acquiring or otherwise securing early-stage inventions.

She announced that the London IC had opened that day, with Boston and San Francisco to follow in April, and Shanghai perhaps by year’s end. 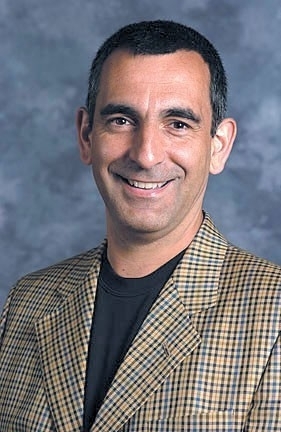 She also said that the head of the Boston IC had been named: Robert Urban, former head of the interdisciplinary Koch Institute for Integrative Cancer Research at MIT. Urban started at J&J in November 2012.

J&J had earlier announced that executives Patrick Verheyen would lead the London center and Diego Miralles the California center. The head of the Shanghai IC has yet to be named. Cross has just moved to the post of VP of Business Development, Skincare, at J&J.

A new face for prospective partners?

Cross said the presence of staff from various parts of the business – science, legal, financial and business development – is intended to simplify the way the diversified health care company interfaces with biomedical researchers and entrepreneurs. She spoke of this effort as critical to J&J’s plans for linking with the outside world in ways that don’t squash innovation but allow it air to breathe. The groups will not act autonomously, however, instead making decisions in concert with existing J&J departments.

“Has anyone here done, or tried to do, a deal with J&J? Was it easy?” she asked the audience.

About half a dozen hands went up, and a few voices murmured “no.”

Cross conceded that she’d been working at J&J for over 20 years, and it was not easy to find the right person to engage across more than 250 operating companies. “The innovation centers,” she said, will make it easier to connect with the right people for early-stage innovation. “We’ve made the filtering process – the governance – as clean as possible for faster decision making.”

In a sense, the IC framework complements J&J’s corporate rebranding exercise in June 2011, in which it consolidated its core biopharmaceutical operating units under the Janssen brand umbrella; previously, pharma organizations operated under several brands, including J&J, Ortho and, in Europe, Tibotec. The purpose was to present an integrated face to large institutional customers such as hospitals and managed care organizations (MCOs) that had expressed frustration when interfacing with the company.

The ICs are now the primary point of contact at J&J for early-stage entrepreneurs. Many in the audience at MSKCC were accustomed to dealing with J&J Development Corp. the health-care giant’s 40-year-old venture capital subsidiary for investing in medical start-ups across its core business areas. However, although J&J is aggressively hiring into JJDC, going forward it will be embedded in the ICs, with a sampling of JJDC investors also located in each hub.

In fact, according to Patrick Verheyen, head of J&J’s London innovation center, most of J&J’s existing investment funds and future venture funds will be integrated into the ICs.

J&J has made several attempts at accessing and nurturing early stage innovation. “Whatever we did wasn’t big enough to get significant traction,” she said. “We’re not getting there fast enough” she said.

The ICs will do any kind of deals, no limits, from grants to equity investments. The equity investments could be separate, individual commitments, or at other times done through a fund. Deal terms will range from $50,000 grants to $50 million co-development deals. With regard to pharmaceuticals, it will look for early-stage assets in cardiovascular, metabolic, immune and autoimmune, infectious disease, neuroscience, vaccines and hematological cancers.

“We’ll be hunting for platform technologies, too,” Cross added.

The remit of the pharmaceuticals group is early-stage assets, which Cross defined as anything up to proof-of-concept. But the emphasis is on flexibility. The ICs will provide a battery of services to start-ups in addition to funding and technical support.

Several in the audience wondered whether the legal teams will be shared across the ICs to assure consistency, or whether a team will be dedicated to a particular IC. Cross said that there will be a team in each IC, but then there will be cross-pollination across all the centers – so they can share standards, deal templates and the like. “At least, that’s how it will work in North America. One of our biggest challenges will be understanding how deals get done in emerging markets. Asia Pacific has a lot of work to do as far as how do you do start-ups in emerging markets?”

A slight change to the IC model that was introduced late in 2012 is the integration of research infrastructure into the ICs. Cross mentioned that 15 start-ups were currently lodged in the modular wet labs in La Jolla. “Scientists can use them, no strings attached,” she said. “The aim is to form a vibrant biotech ecosystem. We have no equity in these incubators; there is just a minimal selection process.”

Although La Jolla is currently the only IC that provides lab space to start-ups, Verheyen says that the feature will eventually roll out to the other ICs. “The execution may be different, but the idea is the same – to help translate academic research,” he said.

The ICs are essentially deal-making machines – those were Cross’s words. At times, that seemed at variance with the purportedly altruistic mission to reach out to other stakeholders and create a healthier, more robust ecosystem.

In fact, like similar experiments in which other big pharmas reach outside their walls and set up shop in regions where promising, nascent science is happening, the mission of J&J’s ICs is bi-modal. “It’s not just about capital,” said Verheyen. “We want to work with partners to help make the network more efficient.”

Or, as Cross put it: “We hope at some point we can come in and swoop up assets.”

The presentation at MSKCC ended on a slightly discordant but also humorous note that suggested the challenges J&J and its peers faced in reaching out. Someone in the audience asked how entrepreneurs and scientists apply to participate in an IC. “Do we onboard through the website? Is it a quick decision: yes or no?”

Another audience member who had attempted the onboarding process confirmed that there are “lots of forms on the website, but I couldn’t find the names of individuals to contact.” She saw a lot of legalese in the forms, and declared “your old lawyers are here!” [divider]

This article was based on articles from two Elsevier Business Intelligencepublications. They are freely available through June 15:

Read the IN VIVO Blog
comments powered by Disqus