Is there a future for Afghanistan in natural resources? 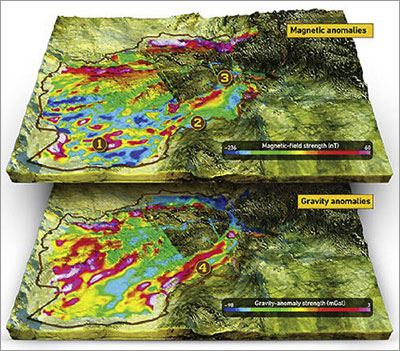 Under the ground of Afghanistanis a treasure trove: precious metals and stones,Asia's largest copper and iron deposits, world-class rare earths, lithium forhigh-tech batteries, and all sorts of other industrial materials. This naturalresource bonanza — estimated at $1 trillion by the US Geological Service — augurs for some interesting changes for this once failed state.

Exactly what futureoccurs is the crux move for Afghanistan as it poises at the uphill overhang;will they fall into the pit of the resource curse or make it up over the edgeto a safe future of successful resource extraction?

The next few years looklike a rather dicey rock climb but do offer hope for a better future.

The Afghanistan Ministry of Mineshas developed a scheme of investment and development of what are called resource corridors. Mineral biddingcontracts are for sale to the highest bidders, along with all the means formining extraction, processing, and integrated transport. Because of the twinproblems of environmental despoliation along with rampant corruption, thegovernment has instituted strong new environmental laws along with some smartapplication of the EquatorPrinciples by the World Bank to determine, assess and manageenvironmental and social risk in Afghanistan in future.

Unfortunately, as inany country where corruption is endemic, the prospects for development of the paradoxof plenty in Afghanistan are all too real. The resource curse occurs in places where abundant resources have actuallyled to reduced economic growth. This can occur for many reasons, but chiefamong these is government mismanagement of resource extraction with excessivecorruption and the diversion of revenue streams from the extractive activities.

One method to guardagainst Afghanistan becoming resource cursed is application of the Extractive Industries TransparencyInitiative (EITI) — a global coalition of governments,companies, and civil society working together to improve openness andaccountable management of revenues from natural resources. The Afghanistan EITIapplication has been funded by the World Bank and seems a reasonable success,with two reports having been filed recently, and a third expected soon. 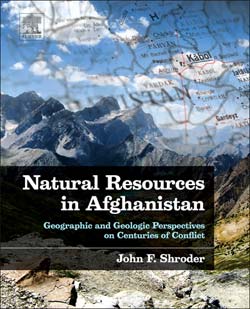 The EITI report of 2012did, however, turn up a discrepancy of 45 percent ($5.5 million), which is a substantialamount that indicates required vigilance in future. Nonetheless, the fact thatcontinued scrutiny of the government is being maintained does leave room foroptimism that a deep resource curse might be avoided for a country long miredin what many consider to be abysmal corruption, incapable of ever rising fromthe swamp of greedy venality.

In my new book, NaturalResources in Afghanistan, I present two possible scenarios for theimmediate future as well as the next decade or two.  One chapter, long and pessimistic, discussesmany historic reasons for seemingly incessant wars – and the fact that not muchtime is left to mine the resources before a resurgent Taliban reasserts itsrule of ignorant and ruthless gunmen because the neighbors want the resourcestoo. This obviously does not bode well for the country's future. A shorter,optimistic chapter takes the view that the resource corridors work like acharm, with the result that the country rises phoenix-like from the ashes ofits long nightmare and rebuilds itself.

In all probability,however, something else may happen.

One of Pakistan's leadingscholars would like to see things in Afghanistan go differently than a lot ofpeople think or hope they will. Dr. UmarSheraz is a Senior Policy Analyst in the COMSTECH Secretariatto the Pakistani Government, and a representative of the Standing Committee onScientific & Technical Cooperation of the Organization of Islamic Countriesin Islamabad, Pakistan. He has worked up some ideas about the Afghanistan mineralsscenario that suggest other possibilities to consider as well. 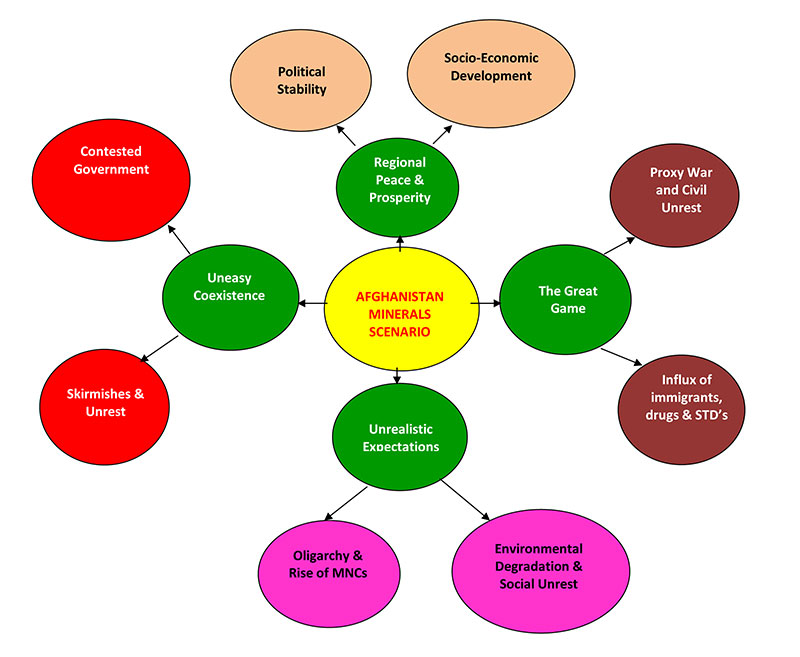 Because elements of allthese possibilities are occurring at the present time, probably all willcontinue on to greater or lesser extents. Thus elements of a new Great Gameseem afoot, along with some unrealistic expectations and an uneasy coexistence,perhaps on a road to regional peace and prosperity. Natural resources are a keynot likely a panacea. It is up to us all to maintain vigilant scrutiny of resourceevents in Afghanistan to ensure a reasonable future for millions of peoplethere.

The crux of their climbis at hand; whether they succeed will determine the fate of major parts ofSouthwest Asia – and with our global economy, the impact will likely be feltworldwide. Dr. John F.  Shroder has pursued research on natural hazards and resources for over half a century. He is Senior Research Scholar at the Center for  Afghanistan Studies at University of Nebraska at Omaha, where he is Emeritus Professor of Geography and Geology. He has written or edited 43 books and more than 150 professional papers. Recently he has served as the editor in chief of Elsevier's 14-volume Treatise on Geomorphology, and is  currently editing their new book series on Hazards, Risks, and Disasters.In addition, he is the long-term Editor-in-Chief of Elsevier's book series on Developments in Earth Surface Processes.

His new book, which published in late July, is Natural  Resources in Afghanistan: Geographic and Geologic Perspectives on Centuries of  Conflict. Dr. Shroder's website, thegeoconsultant.com, lists many of his other past and present projects to use geological knowledge to protect against hazards and improve people's wellbeing.