In China, Elsevier’s strength is built on local knowledge—and focusing what it does best

In China Daily, Elsevier’s Managing Director for Greater China discusses why Elsevier’s strategy works in that country, and the importance of international research collaborations 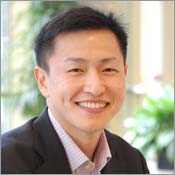 In a recent cover story in China Daily's European edition, Yukun Harsono, Elsevier's Managing Director for Greater China, explains how Elsevier's approach in China is helping the country's academic community yield the intended results. China Daily is China's government-owned English-language news source, with editions in the US, Europe and Asia. It's widely referenced amongst government and business leaders.

The article, written by Liu Lu, appeared in the March 21 – 27 print and online editions. Here is a summary along with some context:[divider]

Near the beginning of this article, Harsono explains what he believes sets Elsevier apart from many international publishers that do business in China.

A lot of international publishers only see China as a big sales destination, a place where they can sell more of their products from other countries. As a result, they tend to struggle to be successful in China, because they do not have a learning mindset and are impatient for success.

But we are different. We tend to be more open to the local culture and spend a lot of time understanding how the Chinese market operates, and we take into account China's uniqueness in formulating our growth strategy.

We know what we are good at, and we also know where we do not have much strength. So we tend to be quite selective about what we want to do, and we don't try to do everything. So I think it is that balance that allows us to continue to grow in a market like China.

Between 2002 and 2013, when publication output of major research nations have either remained fairly stagnant or experienced modest growth at best, China has been steadily climbing at double-digit pace. To support this expansion, Elsevier has facilitated the global dissemination of more than 260, 000 Chinese-authored articles published in Elsevier journals, and facilitated more than 400 million downloads of these articles worldwide.

However, although improving, the quality of Chinese-authored papers is still below the global average, and Harsono says greater international collaboration can help China move the needle.

If you do the paper on your own, you are published as a single author. The citation impact is not so high. But when you do something with overseas partners, it increases the citation frequency of that article almost 250 percent. … An interesting thing is that for Chinese researchers who have gone abroad and come back, their research productivity is significantly higher than those who have mostly stayed in China, and the quality of their research output is higher.

China's vastness has also produced challenges in the form of an academic divide between the more developed eastern region and the emerging west, which aspires to be recognized for the quality of its research work. Harsono stresses a need to bridge this gap.

"We know that a lot of the research intensity is concentrated in key cities like Beijing and Shanghai," he says. "But China wants to reduce the disparity. There are smaller institutions (in the western part of China) that it wants to help upgrade and become more competitive in research."

To support the Chinese government in this area, Harsono and his team are working on a "Go West" strategy, creating specialized offering based on content that meets the needs of the smaller institutions in the western part of China.

As the Chinese government shifts its focus towards building a more knowledge-based economy, Harsono says there will be a greater need for information and education, which will increase demand for Elsevier's offerings. 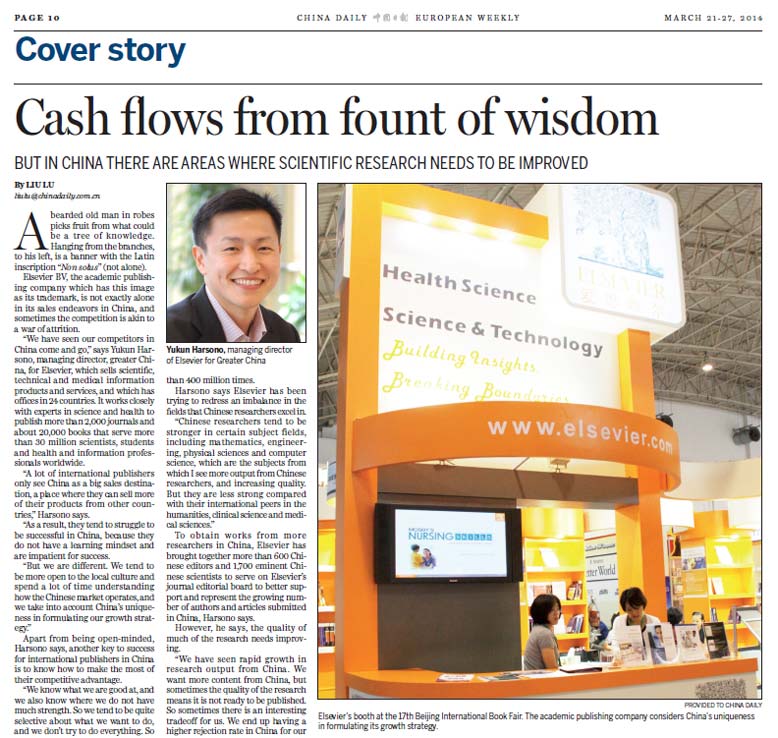 Based in Singapore, Jason Chan is the Director of Corporate Relations for Asia Pacific and leads all corporate, media and policy communications efforts across the region as well as acting as a central communications counsel and resource for Elsevier senior management in Asia. He is a communications practitioner of 18 years, having worked at EMC International, Seagate Technology and Hill & Knowlton. He has a BA degree in Mass Communications from the Royal Melbourne Institute of Technology (RMIT) in Australia and joined Elsevier in June 2013.