How to be proactive in a world of active shooters

Active shooting is one of many terrorist attack methods; here’s how to prepare

In their book Active Shooter: Preparing for and Responding to a Growing Threat, C. David Shepherd and his co-author, Kevin Doss, examine active shooters from multiple perspectives, revealing actions you can take to protect yourself, your co-workers, guests and customers. Here, Shepherd writes about what you can do before terror strikes. 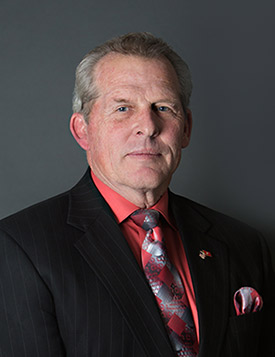 The cowardly attack in Paris by ISIS followers November 13 sent shock waves throughout the world. The attack on innocent victims at multiple locations not only struck fear in a nation; it further united the world against an evil that must be globally eradicated. These horrific acts of terrorism know no boundaries as they ruthlessly bring death to unsuspecting crowds.

ISIS professes these attacks are only a warning not to interfere with their barbaric methods in any country they so choose to plant their flag. They have even broadcast online that imminent attacks against Western allies including the United States will occur. Their grotesque execution of hostages is a tactic to frighten the public to compel their government leaders to cease attacks against ISIS.

A nation cannot give in to terrorism in any form; otherwise their shortsightedness and lack of resolve will assure the effectiveness of the butchery and slaughter of innocent noncombatants. In essence, being “forewarned is forearmed” for those who proclaim and display a proactive philosophy.

Defining your “options for survival” 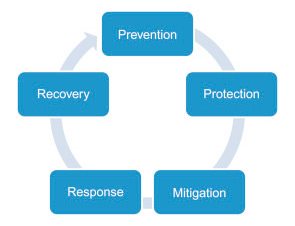 From vigilance to situational awareness, proactive thinkers are paying attention to their surroundings and possible threats, which are the first steps in the personal preparations in defining their own “options for survival” during these violent emergencies. These skills and mindset are identical to those needed in an active shooting. In fact, the terrorism attackers in Paris used automatic weapons and blindly fired into a helpless crowd, the same as several active shootings in the United States. Active shooting is one of the many attack methods terrorists use against soft targets, such as restaurants, theaters, sporting venues, shopping malls and gatherings of unarmed civilians.

An individual can prepare for both attack methods by being proactive individually and collectively. This measure is known as “situational awareness.” The approach isn’t a one-time application for the attack itself but a continuous mindset that employs all senses as an early warning system to alert the individual of danger throughout all daily activities. We have previously used our senses prior to and during fire emergencies and have even grown accustomed to the routine fire drills at work, in schools and aboard cruise liners. Under today’s threat environment, it is a prudent and advantageous approach to apply the situational awareness philosophy to both terrorism and active shooting emergencies.

Situational awareness may begin by routinely, systematically and consistently employing actions across all daily activities and locations travelled during the day and night. Raising a person’s consciousness by alerting the individual to potential threats may allow the individual to consider options for survival prior to the emergency rather than reacting to the emergency. Empowering and encouraging an individual to instill a sense of readiness and self-preservation is an important confidence-building measure and a step to survivability in these attack methods. Situational awareness begins with the items below, but can translate into a decisive act for survival when presented with a life-threatening scenario:

Another important consideration in both attack methods is to assess the threat itself through an accelerated analysis of the pending danger. Whether this assessment lasts 1/100thof a second or longer, this consciousness raising process instantly focuses on preservation of life and reaction options. For those individuals trapped in the terrorism or active shooter attack, the variables identified below must be driving their actions for survival:

Those individuals trapped in an unfolding terrorism attack or active shooting must consider their “options for survival” prior to a law enforcement response to neutralize the threat. If the average response time to these attacks is approximately 3 to 5 minutes, their only immediate action is to protect themselves and anyone around them while considering the variables above. When would you consider the variables and options for survival if you are enduring a life-threatening attack? 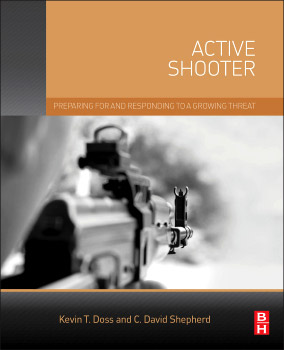 Shepherd is the co-author of Active Shooter: Preparing for and Responding to a Growing Threat, published in August by Elsevier’s Butterworth-Heinemann. The book provides the tools to identify potential violent individuals, along with the options and responses needed to save lives, reduce corporate liability, and recover from an active shooter event should it happen.

The authors show why many perpetrators initiate attacks, what they often are thinking, and some of the indicators that could have been identified prior to the attack. They describe how organizations can develop an active shooter program, walking readers through the entire process including training exercises to test the efficiency of the program. And they illustrate how to communicate with law enforcement, government agencies, and the media in the event of active shooter incident, and how organizations can recover promptly, which is crucial for operational survival.

The co-authors of Active Shooter have also written the following stories on this topic: