How healthcare providers can combat breastfeeding discrimination in the workplace 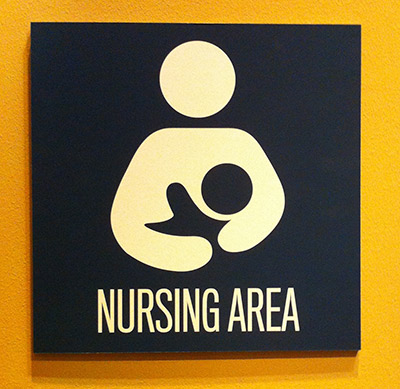 However, it becomes more difficult for women to continue to breastfeed into the fourth trimester based on lack of education and employer support. So how can healthcare providers in general, not just gynecologists, become better advocates for women breastfeeding in the workplace? With preventive measures in mind, healthcare providers can better support new mothers through a continued education of their patients and employers, advocate for improved environments to breastfeed at work and encourage company-wide policies that support ending breastfeeding discrimination.

The health value of breastfeeding

Breastfeeding is a critical public health issue, and if more mothers continued to breastfeed farther into their child’s first year, then new mothers and infants would have healthier lives as well as reduce long-term healthcare costs by focusing on preventative medicine. For instance, breastfeeding is basic for survival, and according to UNICEF, “Breastfed children have at least six times greater chance of survival in the early months than non-breastfed children.” What is heartbreaking is that in the United States, there is still “a 25 percent increase in mortality among non-breastfed infants,” and breastfeeding can help protect babies against sudden infant death syndrome (SIDS).

However, the benefits of breastfeeding extend beyond SIDS, and it greatly impacts positive health outcomes for the mother and child. The mother benefits from the release of oxytocin and prolactin, which can help her connect with her baby, and breast milk is rich with nutrients and vitamins as well as antibodies that help babies prepare to handle illness. For example, breastfeeding can help protect babies against asthma, childhood obesity, ear infections, childhood leukemia and Type 2 diabetes.

Despite these benefits and other recommendations by the American Academy of Pediatrics, The American College of Obstetricians and Gynecologists and the World Health Organization, the 2015 Lansinoh Breastfeeding Survey found that while 75 percent of women felt that breastfeeding for longer than six months was ideal, only 62 percent of women breastfeed for that timeframe. So why are so many women still not breastfeeding closer to the one-year mark?

Barriers to breastfeeding at work

The US Department of Labor stated that in 2015, 57 percent of the national workforce consisted of women, and 62 percent of those women gave birth in the past 12 months and have returned to work. This is a tremendous number of individuals who need support with breastfeeding, but are these women receiving the support they need from their workplace? A 2015 study from the School of Public Health at the University of Minnesota found that:

Organizational and policy issues include many aspects of inadequate workplace support, playing a major role in why mothers stop before the fourth trimester — or more commonly six months. This is a major hurdle that employers need to overcome with systematic changes to polices to workplace structure, and healthcare professionals can help provide recommendations for offices to update their current plan for new mothers. They can also provide lectures and inform patients of rights and options. Some of the barriers women face during working hours include permission to pump onsite, permission for sufficient break time, and access to an electrical outlet and private room aside from a bathroom.

The ACA left wide discretionary parameters for employers to determine a reasonable break time for mothers along with a location to breastfeed, with a menial $1,000 fine for employers who fail to abide by the law. Women of color are less likely to risk upsetting their employer by appearing mistrustful or sluggish when compared to their fellow counterparts, according to a 2014 study by Ehrenreich & Siebrase at the University of Denver Sturm College of Law. Lower-income women return to work sooner as they are not typically on paid maternity leave and are less likely to risk losing that pay.

Clearly, there are inequities in breastfeeding policies at work that need to be fixed. Healthcare providers, especially nurse practitioners, should help employers understand the value in establishing policies that not only discourage but also hold employers accountable for providing breastfeeding accommodations and zero tolerance for breastfeeding harassment or discrimination against lactating employees.

But what about hospitals? Are healthcare providers receiving the support they need as new mothers in the hospital? According to the CDC, 18 million individuals are employed in hospitals nationwide, and women make up 80 percent of those employees. While some hospitals have instituted a lactation support program, many have not. For instance, the CDC pointed out the following from a paper outlining its recommendations and approaches from an expert panel: “In 2011 the Society for Human Resources Management reported that only 28% of employers offered an on-site lactation room and only 5% offered support services.” While healthcare providers advocate for better practices for women and breastfeeding, there is still uncertainty about whether they’re providing support for their own employees. This is certainly unfortunate given the dominant gender of the workforce and specific fourth-trimester benefit, and healthcare professionals could advocate for better breastfeeding support.

In the end, the benefits of breastfeeding into the fourth trimester are paramount for infants and mothers. Clearly, there are still barriers preventing women from continuing to breastfeed, which are based on a lack of education, poor work environments to breastfeed and an absence of company wide policies to combat lactation discrimination. Healthcare providers, not just gynecologists, can play an enormous role in combatting these barriers by educating patients and employers and voicing their concerns on a larger platform. Breastfeeding workplace accommodations will not only help new mothers but will also help lower costs long-term in healthcare by preventing treatable illness. While the healthcare community has always helped mothers inside of the hospital, we can continue to improve by helping them in the workplace, too. 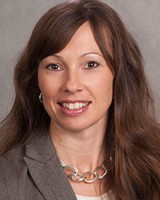 Rachel Borton is Assistant Professor of Nursing at Bradley University in Illinois and Director of the university’s Family Nurse Practitioner online program. She is ANCC (American Nurses Credentialing Center) board-certified as an Advanced Practice Nurse, specializing in family practice.  Previously, she worked as a Family Advanced Practice Nurse. Prof. Borton’s advanced practice clinical experience includes urgent care, maternal-child, and family practice.  She maintains her clinical expertise by working part-time at a local urgent care clinic.  Prior to achieving her FNP, she worked at Mesa General Hospital in Arizona as a charge nurse on a cardiac step-down unit, and also as a float nurse to all hospital units and floors.