How copying coral could help remove toxins from the ocean

It’s 1485 and a man walks slowly through the grounds of the Castello Sforzesco in Milan, Italy, looking up to the dusky sky. He’s watching a group of Miniopterus schreibersii – common bent-wing bats – emerge and jerk through the air in search of dinner. He’s inspired, and returns home to start sketching ideas of how to copy their wings to make a flying machine.

An object offers as much resistance to the air as the air does to the object. You may see that the beating of its wings against the air supports a heavy eagle in the highest and rarest atmosphere … a man with wings large enough and duly connected might learn to overcome the resistance of the air, and by conquering it, succeed in subjugating it and rising above it. 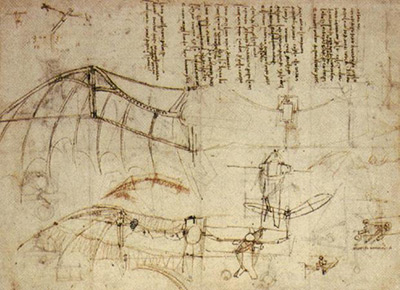 That man was Leonardo da Vinci. And he wasn’t the only person who has looked to nature for inspiration.

Famously, Velcro was designed to mimic the structure of a burdock seed; Swiss engineer George de Mestral and his dog fell victim to the seed’s tiny hooks while on a hunting trip, giving de Mestral the idea for a new material.

Now, a new material that can fold itself up to mimic the structure of coral has the potential to remove toxic heavy metals like mercury from seawater. A study published in the Journal of Colloid and Interface Scienceby researchers from Anhui Jianzhu University in China shows that by taking inspiration from nature, the coral-like material can soak up more than twice as much mercury as similar materials with a different structure.

Toxic heavy metal ions like mercury, lead and arsenic are released into the water through human activity, including manufacturing and industrial processes. One major source of toxic metal contamination is the ocean. When mercury pollutes the water, plants and animals absorb it. The mercury builds up in the food chain, ultimately resulting in toxic fish. Between 1.5 and 17 of every thousand children living in selected subsistence fishing populations showed cognitive impacts caused by the consumption of fish containing mercury, according to the World Health Organization.

Heavy metals are also toxic to corals: even at low concentrations, small amounts of heavy metal pollution can kill corals. This heightened toxicity is due to coral being very efficient at collecting, or adsorbing, heavy metals. The researchers behind the new study have taken inspiration from this property and developed a device that mimics the way coral adsorbs heavy metals. 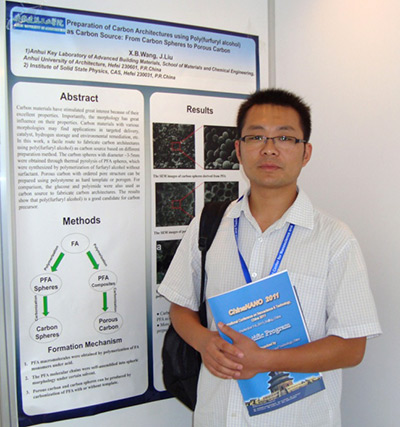 Chemistry professor Dr. Xianbiao Wang and colleagues have made coral-like nanoplates using aluminium oxide, with the aim of adsorbing mercury from water. Aluminium oxide has previously been used to remove pollutants, but the structure of the material has not been optimal, so they have not performed very well. The new nanoplates curl themselves up into a coral-like structure, which behaves in a similar way to real coral, making the material more effective.

“Adsorption is an easy way to remove pollutants from water, so developing new products that can do this is a big challenge in environmental remediation,” said Dr. Wang. “The chemical and physical structure of such products is very important, it is interesting to design and fabricate adsorbents with different structures to see how they behave. In particular, materials that mimic biological adsorbents like coral have potentially huge applications.”

“We are very excited about the results, which provide a good example for the production of coral-like adsorbents,” said Dr. Wang. “We hope our work provides inspiration for more research into the development of materials that mimic biological organisms.”

Imitation is the sincerest form of flattery

Everywhere you look, there are examples of science and engineering mimicking nature: the tread on your tires, the knife in your drawer and the plane flying overhead were all influenced by biology. The field of biological mimicry – biomimetics – continues to grow, and advances in nanotechnology are opening new doors to discovery.

New research published in the Journal of the Mechanical Behavior of Biomedical Materials uses 3D printing to understand what makes mollusk teeth so strong. A large mollusk called the gumboot chiton, Cryptochiton stelleri, has teeth that are astonishingly strong and resistant to damage. To find out why the rod-like microstructure of the teeth is so strong, the researchers designed a structure that mimics the teeth and printed it in 3D in order to test it experimentally. Understanding what gives a material certain properties – in this case, the highly ordered rod-like structure making it hard – helps researchers recreate it and use it.

Many other structures and systems have evolved in nature to function perfectly in certain environments. For example, hair cells are like tiny motion sensors capable of detecting and responding to minute movements; they are often described as the “sixth sense.” A review published in Microelectronic Engineeringoutlines how engineers are copying the way hair cells detect movement. The authors suggest that the technology has huge potential to help underwater robotics and autonomous vehicles sense their environment.

Read the articles in this story

Elsevier has made the following articles freely available until October 6, 2015:

Xianbiao Wang et al: “Self-curled coral-like γ-Al2O3 nanoplates for use as an adsorbent,” Journal of Colloid and Interface Science(September 2015)

Dr. Xianbiao Wang is Professor of Chemistry in the School of Materials and Chemical Engineering at Anhui Jianzhu University He received his BSc.degree (2000) and MSc degree (2004) from Anhui University (China) and PhD. degree (2011) from the Institute of Solid State Physics (ISSP), Chinese Academy of Sciences. He then worked as a postdoctoral fellow in Prof. Weiping Cai’s group at ISSP. From 2014-15, he worked as a visiting scholar at Monash University in Australia, in Prof. Huanting Wang’s group, with support from the China Scholarship Council (CSC). His scientific interest focuses on the preparation of micro/nanostructured adsorbents for environmental applications.