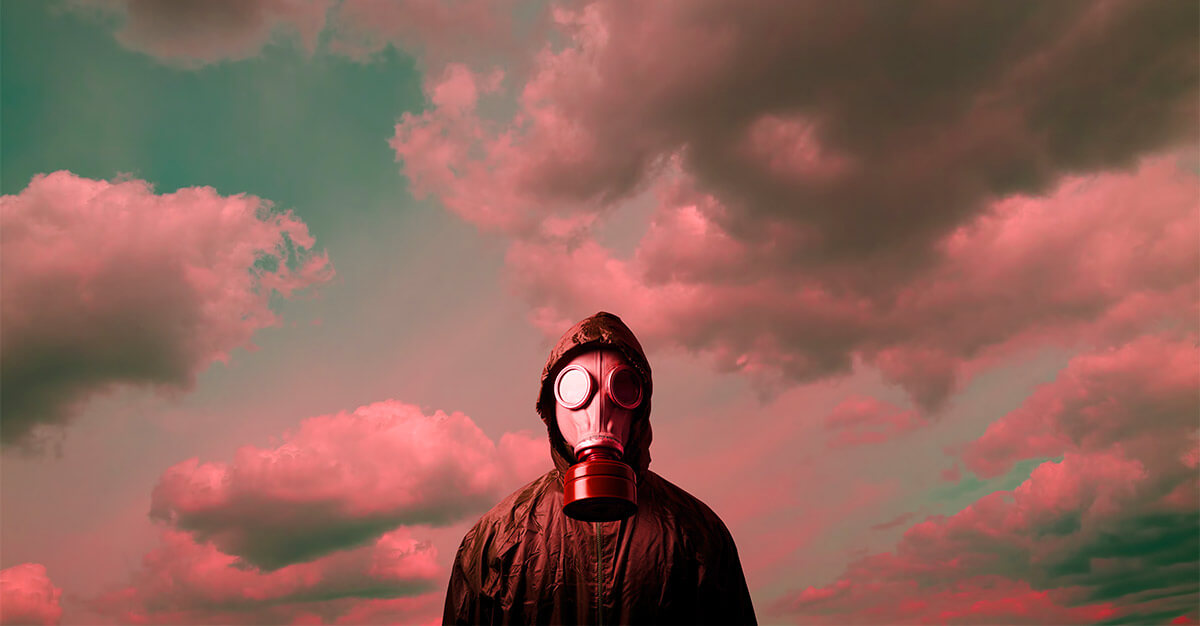 In August 2013, 1,400 people in Damascus, Syria, were killed in a nerve gas attack. The chemical warfare agent used, called sarin, is colorless and odorless, so the people being attacked didn’t know about it until they couldn’t breathe any more.

Unfortunately, this was not a one-off attack. Earlier this year, a senior Israeli official confirmed that Syria’s regime had used the nerve gas sarin against Israeli fighters. The Chemical Weapons Convention was established to prevent attacks like this, and its enforcement relies on monitoring and identification of chemical warfare agents.

At the Defence Research and Development Establishment in India, we have developed a new method to extract, purify and identify chemical warfare agents from samples taken from the environment, which we hope will help the international community working to verify and prevent the use of these agents.

The challenge of extracting agents

The horrifying capabilities of chemicals like sarin have been shown in many incidents related to the military and terrorist activities. Chemical warfare agents can be nerve, blister, choking, blood or psychochemical agents, acting on the nervous system, skin, lungs, blood or brain respectively. The most lethal are nerve agents classified as G-agents (sarin, soman, tabun and cyclosarin) and V-agents (VX). After they have been used, these chemicals can be found in trace amounts in the environment.

To enforce the Chemical Weapons Convention, the Organisation For The Prohibition Of Chemical Weapons requires samples to be tested and verified in designated laboratories. Samples are often provided in organic liquids, such as oils, dichloromethane and ethyl acetate. This provides a challenge, as both are water-repellant, or hydrophobic.

Extracting hydrophobic chemicals, like these agents, from a hydrophobic background, like organic liquids, is a tough challenge to achieve analytically. But efficient and sensitive analytical methods are pivotal in the early detection and identification of toxic agents, so we wanted to take on this challenge. 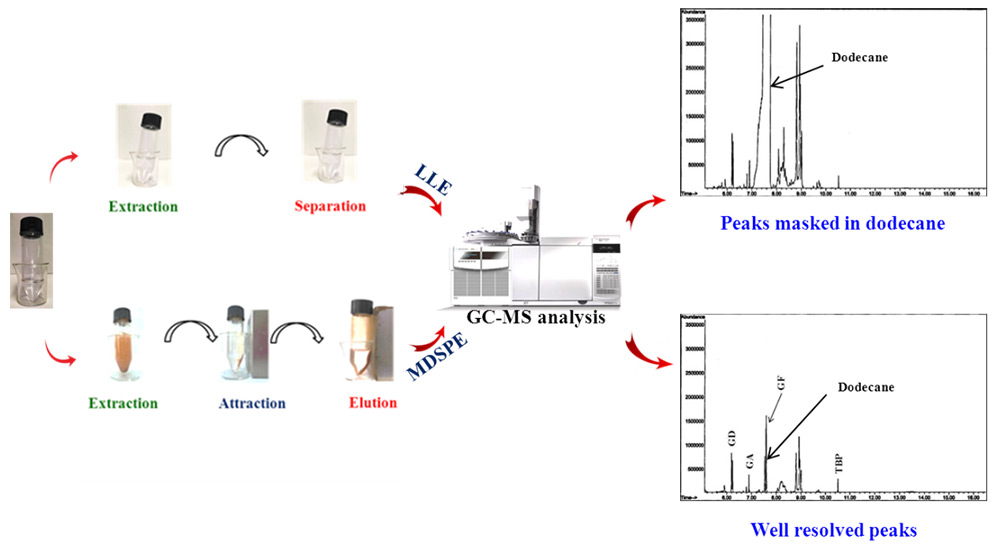 Developing a suitable material that can pick up traces of chemical warfare agents from organic liquid was challenging because the target compounds and the background have a similar chemical nature. So we had to exploit subtle differences in the polarity and miscibility of the agents in the liquid at different temperatures.

We decorated iron oxide nanoparticles with a substance called poly methacyrlic acid-co-ehtylene glycol dimethacrylate. This made the particles more “sticky,” helping them attach more easily to the chemical warfare agent particles in the samples. 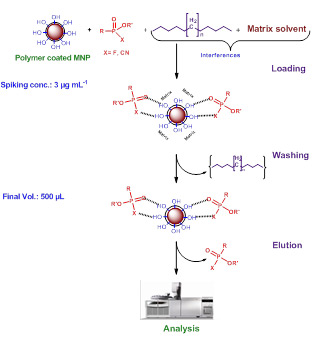 We adjusted different aspects of the extraction method and eventually were able to identify the agents at low concentrations of about 0.1 micrograms per milliliter. One of the benefits of this simple, sensitive method is that it is carried out at low temperatures, making it easier and safer than other methods.

The early identification of lethal chemicals can help governments and homeland security personnel protect civilians from the horrifying toxic effects of chemical warfare agents. Our research is an advancement in the state-of-the-art analytical techniques needed to verify the agents used in the field, by allowing the efficient identification of chemical warfare agents in organic liquids. We hope it will be helpful for the international community involved in verifying and preventing the use of these devastating chemicals.

Sarin was developed in 1938 at the IG Farben chemical company in Nazi Germany. Four scientists – Schrader, Ambros, Ritter and Van der Linde – had been working on insecticides when they came across substance 146, subsequently named sarin to honor them. The chemical turned out to cause massive destruction to the nervous system in humans, making it more deadly than cyanide.

Sarin is a colorless, odorless liquid with the chemical formula [(CH3)2CHO]CH3P(O)F. It can be deadly even at very low doses, causing suffocation due to lung muscle paralysis one to ten minutes after inhalation.

It was first used as a weapon in 1939 when the German Army Weapons Office ordered its mass production. In 1997, 162 member countries signed the United Nations Chemical Weapons Convention, banning the production and stockpiling of chemical weapons, including sarin, by 2007. The 2013 and alleged 2016 sarin attacks in Syria contravene the Convention.

Elsevier has made this article freely available until January 5, 2017:

The Journal of Chromatography A provides a forum for the publication of original research and critical reviews on all aspects of fundamental and applied separation science. The scope of the journal includes chromatography and related techniques, electromigration techniques (e.g. electrophoresis, electrochromatography), hyphenated and other multi-dimensional techniques, sample preparation and detection methods such as mass spectrometry. Research papers deal mainly with the theory of separation methods, instrumental developments and analytical and preparative applications of general interest. This journal is published by Elsevier. 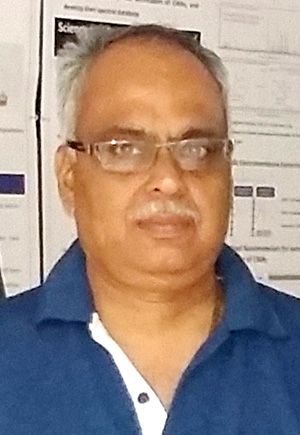 Dr. DK Dubey is the team leader of the Vertox Laboratory at the Defence Research and Development Establishment in Gwalior, India, the country’s first Organisation For The Prohibition Of Chemical Weapons Designated Laboratory. His research interests include the development of analytical methods for the detection and identification of toxic agents from complex matrices and the development of novel extraction materials, such as magnetic nano-sorbents involving polymers and graphene. Dr. Dubey has developed new microsynthetic routes for the rapid buildup of a mass-spectral database of chemical warfare agents (CWAs) and their related chemicals. He has developed several miniaturized retrospective detection and identification techniques of CWAs and their markers from environmental samples: single drop microextraction, on-matrix derivatization extraction, in-situ derivatization microextraction and hollow-fiber liquid-phase microextraction. 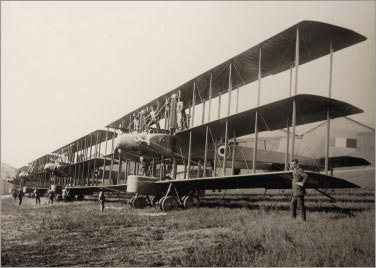 Exploring World War I through the lens of a historic journal

The Syrian Electronic Army and the attack of Civilian Systems