Download some of the high-impact papers they published with Elsevier

Editor's note: This article has been continually updated with information about the newly-announced Nobel laureates and access to their research.

The whole of my remaining realizable estate shall be dealt with in the following way: the capital, invested in safe securities by my executors, shall constitute a fund, the interest on which shall be annually distributed in the form of prizes to those who, during the preceding year, shall have conferred the greatest benefit to mankind. — Alfred Nobel 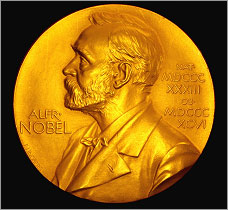 Alfred Nobel's last will has been executed since 1901 to honor scientists from all around the world for their successful research and exceptional achievements. In recent years, all the science laureates have published their work in Elsevier's journals and books, or served as editors, editorial board members or reviewers. We congratulate them on this well-deserved honor and thank them for all they have contributed to our books and journals.

To further illuminate their discoveries, we are making a collection of their work published with Elsevier freely available:

The laureates’ discoveries focused on providing novel therapies to fight against parasitic diseases such as river blindness, elephantiasis and malaria.

Drs. Ōmura and Campbell both worked on diseases caused by roundworm parasites. Their researches led to the discovery of “Avermectin," an efficient drug to cure these specific parasitic diseases.

Dr. Tu focused her research on herbal medicine, intending to develop a new drug to fight against Malaria: chloroquine was becoming less and less efficient as the Malaria parasites were more and more resistant. She studied the plant Artemisa, and her research led to the discovery of the active agent Artemisinin, which is a real improvement in medicine to treat Malaria.

The Nobel Assembly said their discoveries “have provided humankind with powerful new means to combat these debilitating diseases that affect hundreds of millions of people annually. The consequences in terms of improved human health and reduced suffering are immeasurable.”

Satoshi Ōmura, born on July 12, 1935, is a Japanese microbiologist affiliated with Kitasato University in Japan. Between 2003 and 2007, he was a Consulting Editor of Tetrahedron and Tetrahedron letters, and in 2010, he won the Tetrahedron Prize. As an author he has contributed to various Elsevier journals, including Cell, Biochemical and Biophysical Research Communications, Trends in Parasitology, Tetrahedron Letters, International Journal of Biochemistry and Cell Biology, Phytochemistry, Bioorganic and Medicinal Chemistry and FEBS Letters . Dr. Ōmura also published in Elsevier books, including Methods in Enzymology, Motilin, Macrolide Antibiotics (Second Edition), Chemistry, Biology, and Practice , Biological, Biochemical, and Biomedical Aspects of Actinomycetes. 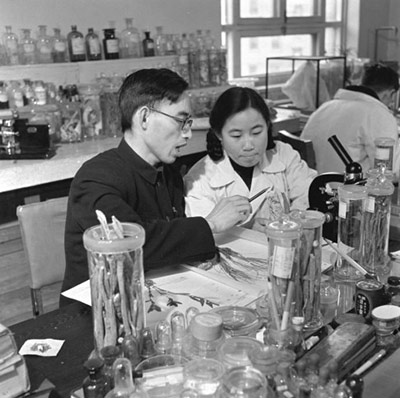 Youyou Tu, born on December 30, 1930, is a Chinese medical scientist affiliated to the China Academy of Traditional Chinese Medicine, China. In 2011 she received the Lasker Award and was the first Chinese in the history to receive an award while having been educated and carried her work in China.

Tu has published in the Elsevier journal International Immunopharmacology. 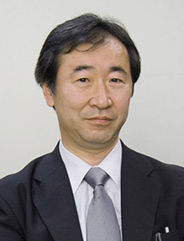 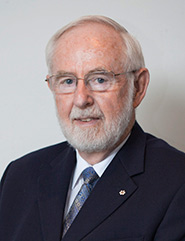 Takaaki Kajita and Arthur B. McDonald were awarded jointly the Nobel Prize in Physics “for the discovery of neutrino oscillations, which shows that neutrinos have mass.”

Neutrinos are elementary particles that have been considered massless for decades because two thirds of neutrinos were missing compared to theoretical calculations in measurements performed on Earth. Both scientists managed to prove through their experiences that neutrinos had actually changed identities. This operation requires the particles to have a mass, even very small, so their discovery called into question the Standard Model of particle physics.

The Royal Swedish Academy of Sciences stated in its press release:

For particle physics, this was a historic discovery. Its Standard Model of the innermost workings of matter had been incredibly successful, having resisted all experimental challenges for more than 20 years. However, as it requires neutrinos to be massless, the new observations had clearly showed that the Standard Model cannot be the complete theory of the fundamental constituents of the universe.

"Why neutrinos are the windows to the dark universe," by Dr. Eleonora Presani, Publisher of Elsevier's Nuclear and High Energy Physics journals

About Takaaki Kajita and Arthur B. McDonald

Arthur B. MacDonald, born on August 29, 1943, is a Canadian physicist and Professor Emeritus at Queen’s University in Kingston, Canada, and a board member at Perimeter Institute for Theoretical Physics. He received his PhD in 1969 from the California Institute of Technology. He was a professor of physics at Princeton University from 1982 to 1989 before leaving for Queens University.

Read a selection of their research papers

Tomas Lindahl, Paul Modrich and Aziz Sancar were jointly awarded the Nobel Prize in Chemistry "for having mapped, at a molecular level, how cells repair damaged DNA and safeguard the genetic information."

They discovered not only how DNA is constantly damaged by the body and the environment, but also how our cells manage to subsequently repair this damaged DNA at an equally consistent and similar rate.

The Royal Swedish Academy of Sciences stated in its press release:

The Nobel Laureates in Chemistry 2015 have provided fundamental insights into how cells function, knowledge that can be used, for instance, in the development of new cancer treatments. 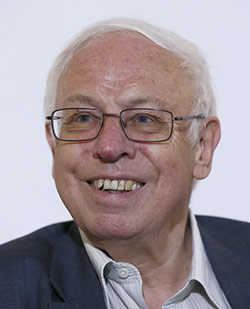 Tomas Lindahl, born on January 28, 1938, is a Swedish scientist specializing in cancer research. He received his PhD in 1967 from Karolinska Institutet in Stockholm. Previously he was a Professor of Medical and Physiological Chemistry at University of Gothenburg and is now an Emeritus group leader at Francis Crick Institute and Emeritus Director of Cancer Research UK at Clare Hall Laboratory. Dr. Lindahl’s part relating to the Nobel winning research focused on his discovery of the DNA repair system called “base excision repair,” which prevents DNA from collapsing.

As an author, he published in journals including Trends in Biochemical Sciences, Current Biology, Molecular Cell, Mutation Research/Fundamental and Molecular Mechanisms of Mutagenesis, Cell, and The American Journal of Human Genetics. He also contributed to Elsevier books, including: Methods in Enzymology, Progress in Nucleic Acid Research and Molecular Biology, Encyclopedia of Biological Chemistry, and Congress Proceedings, Radiation Research: A Twentieth-Century Perspective. 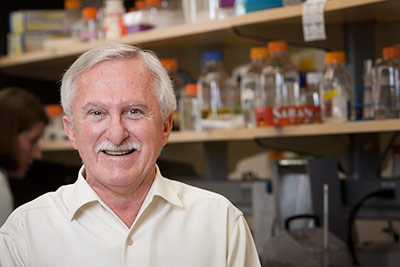 Paul Modrich, born on June 13, 1946, is an American Biochemist. He received his Ph.D. in 1973 from Stanford University. Today, he is the James B. Professor of Biochemistry at Duke University and an Investigator at Howard Hughes Medical Institute. Modrich’s part relating to the Nobel winning research focused on highlighting the mechanism which identifies the errors which occur during cell division when DNA is replicated and are then corrected. This mechanism is called: “mismatch repair”.

As an author, he published in journals including: Cell, Molecular Cell, Chemistry & Biology, Gene, and Current Biology. He also contributed to Elsevier books, including Methods in Enzymology. 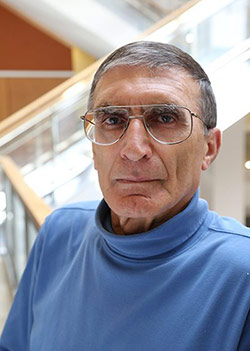 aAziz Sancar, born on September 8, 1946, is a Turkish Biochemist and Molecular Biologist. He received his Ph.D. in1977 from University of Texas, USA. He is Honorary Member of the Turkish Academy of Sciences and the American Academy of Arts and Sciences and is currently working as a Sarah Graham Kenan Professor of Biochemistry and Biophysics at the University of North Carolina - School of Medicine. Sancar’s part relating to the Nobel winning research focused on his discovery of “nucleotide excision repair” – the mechanism that cells use to specifically repair UV damage to DNA.

Dr. Sancar is a former editorial board member of the Elsevier journal Mutation Research DNA Repair. 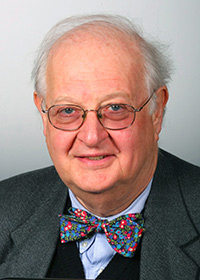 Angus Deaton was awarded The Sveriges Riksbank Prize in Economic Sciences in Memory of Alfred Nobel "for his analysis of consumption, poverty, and welfare."

Dr. Deaton’s research has helped define welfare policies and reduce poverty by shedding light on the behavior of individuals regarding consumption. He focused his research on three aspects:

In their press release, The Royal Swedish Academy of Sciences stated: "His research has helped transform the fields of microeconomics, macroeconomics, and development economics.”

Angus Deaton, born on October 19, 1945, is Scottish American Economist whose research shaped modern macroeconomics. In 1974 he received his PhD from the University of Cambridge, UK. Since 1983, he has been a Professor of Economics and International Affairs at Princeton University. In 2001, Dr. Deaton became a member of the Chief Economist’s Advisory Council of the World Bank. He served as President of the American Economic Association in 2009 and was awarded the BBVA Foundation Frontiers of Knowledge Award in 2011, a prize that acknowledged his fundamental contributions to the field.

He also contributed to Elsevier books, including: Handbook of Econometrics and Handbook of Development Economics.

Read a selection of his research papers.

Research by Nobel Laureates in Physiology or Medicine

Elsevier has made these articles freely available through 2020:

Elsevier has made theses articles freely available through 2020:

Research by Nobel Laureate in Economics

Elsevier Press Officer Sacha Boucherie works closely with Elsevier's journal publishers, editors and authors at one end and with science journalists and reporters at the other end with the aim of spotlighting and promoting interesting, topical research articles. She is based in Elsevier's Amsterdam headquarters and holds a master's degree in social psychology at the University of Groningen in the Netherlands.