Honoring a pioneer at the nexus of publishing, library science and the digital revolution

'The Hunter Forum' is the new name for the Digital Libraries Symposium at the ALA meeting, named after retired Elsevier SVP Karen Hunter 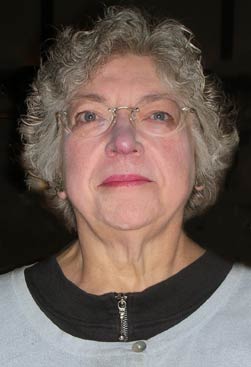 Karen Hunter would never go back to the days of card catalogs, print-only periodicals and microfilm that characterized her first job as a young librarian at Cornell University. She said she much prefers the immediate and ubiquitous access to information made possible by the digital revolution – particularly because it's a transformation she helped bring about.

Hunter, now a part-time consultant for Elsevier, retired from a 34-year career with the company in 2010 as Senior VP of Global Academic and Customer Relations. During that time, she not only watched the tandem evolution of publishing and library science over the past half century, she played a pivotal role in navigating the transition from print to digital that transformed both fields—so much so that Elsevier is renaming a key professional event in her honor.

The Digital Libraries Symposium, a perennial feature of the American Library Association (ALA) Midwinter Meeting will now be known as The Hunter Forum.

Hunter, who will introduce the upcoming forum on Saturday, said the recognition took her by surprise. "I was taken aback, I have to admit," she said. "I was very honored."

Hunter herself initiated the symposium in 1998 and directed it for more than a decade. Her initial objective was supporting academic library directorsand their colleagues during the sea change from print to digital. The events help librarians foresee the challenges that lie ahead for the research community as they purchase journals, books and databases for their libraries and help researchers find information that's timely and dependable.

"My job is making academic researchers more efficient," she said. "There's a whole lot they have to do. If I can make it fewer steps or less noisy or faster, so much the better."

Many librarians appreciated Hunter's dedication. In 2006, she received the prestigious 2006 CSA/Ulrich's Serials Librarianship Award from the ALA's Association for Library Collections & Technical Services. Cited "for her leadership in the collaborative development of the electronic delivery of scholarly information," Hunter was the first publisher to receive the honor.

She was described by the awards committee as a "thought-leader" and "innovator." They praised her for commitment "beyond any interests she may have as an employee of a single publishing company," and for spearheading research initiatives "that influenced the thinking of an entire professional community."

The interaction with the library community sparked by Hunter's Digital Library Symposium proved so beneficial that Elsevier created the Library Connect program in 2003 to continue the conversation year-round.

Launching the annual event that now bears her name was just one of Hunter's major accomplishments. After five years as a technical services librarian at Cornell University, she worked for the book wholesaler Baker & Taylor. Along the way, she augmented her bachelor's degree in history from The College of Wooster with graduate degrees in history, library science and business administration from Cornell, Syracuse and Columbia universities.

The next symposium is on Saturday from 1:30 to 3:30 p.m. at the 2014 ALA Midwinter Conference in Philadelphia. The theme is "Empowering Knowledge in a Changing Resarch Landscape." Speakers will be

For more about The Hunter Forum, visit Library Connect.

After joining Elsevier in 1976, Hunter never looked elsewhere. Hired as a business strategist, she reveled in the "enormous amount of trust and confidence" granted by her Elsevier bosses.

"At one point my boss called me the conscience of the company," she said. "I felt I was being paid to speak up, to say the things that ought to be said – or things others couldn't. To have that level of freedom, trust and ability to make a change, to make a difference, really was extraordinary."

Hunter did make a difference. During the 1990s, she launched the seminal TULIP (The University Licensing Program), which delivered over 80 journals on the local area networks of 17 universities. She also partnered with the University of Michigan on PEAK (Pricing Electronic Access to Knowledge).

She later led the team that created ScienceDirect, Elsevier's primary online platform, which now houses nearly 2,200 journals, 900 serials and 25,000 book titles. Hunter recalls those early forays into the Internet age as both a "painful process" and "an exciting time."

Looking back, she said she's gratified by the astounding progress she and her colleagues—publishers and librarians alike—have made over the course of her career with Elsevier.

"Certainly anyone in information services in an academic environment has felt a period of dramatic change in the way information is handled and what people expect," she said. "We've dramatically improved people's ability to find and use information effectively."

Journalist Sandra Millers Younger is founder and principal of Editorial Excellence, a writing and editing service for colleges and universities, businesses and nonprofits. She is the author of The Fire Outside My Window (2013), a first-person, nonfiction account of the biggest wildfire recorded in California history.

Andrea Cowan is a senior marketing and communications manager with the academic and government division at Elsevier. Her focus is creating content-driven customer messages for media channels from online and social to video and print. She is based in Elsevier's San Diego office.

As someone who has shared many a panel with Karen and who is a fellow board member of the Copyright Clearance Center, I can attest to the many accomplishments of her storied career. It is great to see her honored in this way. The history of scholarly publishing will have a special place in it for her contributions. ---Sandy Thatcher, former director, Penn State University Press

Congratulations with this Forum. It is so very suitable for what Karen has done to the

publisher Elsevier since 1980's and also the library community not only in the US, but

also in Japan and other Asian Countries. A Forum named after her is so very nice.