The American Journal of Medicine (AJM) took to social media yesterday to alert readers to fake news about a hoax research study. A website called WITscience.org – which appears to post spoof articles under the name of the "Wyoming Institute of Technology (WIT)" – recently posted a piece stating that AJM will be publishing an article by WIT's "Dr. Franklin Forrester" on the link between Asperger Syndrome and murder.

We felt the need to quickly clarify that this story was false, since the journal's editorial office had been contacted about the fake research by news media and Asperger's supporters, and the hoax article has been quoted on the Internet as factual. No such article was ever submitted to the journal, and as far we know, the blog post is meant to be a spoof. To get the word out, AJM posted a story on the journal's blog, tweeted the blog post, and alerted the journal's Facebook fans.

"This is a complete hoax and fraudulent," said AJM Editor-in-Chief Dr. Joseph S. Alpert. "In the first place, this topic has nothing to do with internal medicine, and we would never publish something on this topic."

He agreed that using social media would be the best way to get the word out quickly to readers, the media and the general public.

Of course, information spreads quickly on the internet, regardless of its veracity.

After the media reported that Newtown mass shooter Adam Lanza had Asperger Syndrome, speculation led to many to conclude that there was a link between Asperger's and violence. That association has since been questioned by members of the science and medical community.

For example, an article in WebMD states:

Reports that Newtown shooter Adam Lanza had Asperger Syndrome, a highly functioning form of autism, have led some to wonder whether that diagnosis could have played a role in the mass shooting, which killed 20 children and six adults at a Connecticut elementary school last week.

As with many cases such as this, the answer is complex. While experts are clear that Asperger's doesn't make a person more likely to commit a violent crime, some say it may affect the way a crime is carried out. …

The American Journal of Medicine 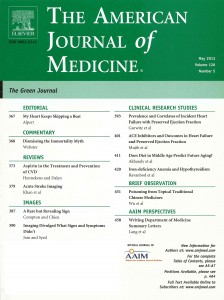 The American Journal of Medicine — "The Green Journal" — is the official publication of the Alliance for Academic Internal Medicine. It publishes original clinical research of interest to physicians in internal medicine, both in academia and community-based practice. Each issue carries reviews as well as seminal articles of immediate interest to the practicing physician, including peer-reviewed, original scientific studies that have direct clinical significance, and position papers on health care issues, medical education, and public policy. Read more on the journal's website. 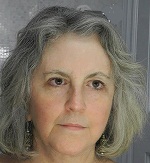 Pamela Powers Hannley, MPH, is Managing Editor of The American Journal of Medicine and writes for the AJM blog (@amjmed). Before joining AJM in 2004, she was associated with the University of Arizona (UA) College of Medicine and the UA College of Public Health. At the UA, she directed the Arizona Smokers' Helpline and Internet services. Her academic focus was the effects of media and communication on health-seeking behaviors, particularly smoking cessation and sun safety. She taught health at UA and Pima Community College.

Hannley is an avid blogger and writer with more than 35 years of experience in written, visual, and electronic communication. She has authored popular press, academic articles and self-help publications and has received 15 awards in communication or photography during her career. She holds a master's degree in public health from UA and a bachelor's degree in journalism from The Ohio State University. She is an Amherst, Ohio, native but resides in Tucson, Arizona.