Findings, published in Cell, could lead to a probiotic therapy for gastrointestinal and behavioral symptoms of autism 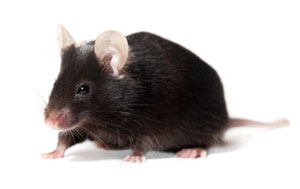 Mice whose mothers suffered from infection or inflammation during pregnancy are at greater risk for developing behaviors similar to those seen in people with autism spectrum disorders (ASD). Now, researchers reporting in the Cell Press journal Cell today have linked those neurodevelopmental symptoms in the mice to changes in the bacteria living in the animals' guts. What's more, when researchers treated those animals with bacteria found in the healthy gut, a number of behavioral abnormalities including anxiety-like behavior largely went away.

"Several studies have shown that the microbiota can influence a variety of behaviors, from anxiety and pain to social and emotional behavior," said Dr. Elaine Hsiao, a postdoctoral fellow in chemistry and biology at the California Institute of Technology. "Our work is the first to demonstrate that modulating the microbiota can influence autism-related behaviors in the context of a disease model."

Although the researchers urge caution, the findings link at least some symptoms of ASD to the gut and suggest that probiotics might have a therapeutic role in such cases. They say clinical trials are now needed to gather the evidence to verify this link found in mice.

Dr. Hsiao, along with Dr. Paul Patterson, Dr. Sarkis Mazmanian and their colleagues, knew that some individuals with ASD also suffer from gastrointestinal symptoms. To investigate the connection, they looked to the maternal immune activation (MIA) mouse model, which has previously been used to model several neurodevelopmental disorders, including autism. What they uncovered in offspring of MIA animals with autism-like symptoms were gastrointestinal abnormalities and changes in the gut microbial community.

[pullquote align="left"]"Our work is the first to demonstrate that modulating the microbiota can influence autism-related behaviors in the context of a disease model."[/pullquote]

When the mice were given oral doses of the human gut microbe Bacteroides fragilis, their gastrointestinal and behavioral abnormalities were relieved. Further work showed that MIA mice have altered blood levels of some metabolites, many of which are modulated by B. fragilis. When otherwise normal mice were treated with a metabolite found at elevated levels in MIA animals, they too showed certain behavioral abnormalities, suggesting a direct link between gut bacteria, metabolites and behavior.

"Taken together," the researchers concluded, "These findings support a gut-microbiome-brain connection in a mouse model of neurodevelopmental disorders and identify a potential probiotic therapy for gastrointestinal and behavioral symptoms in human disorders, including autism."[divider]

This article is freely available for two weeks, until December 19, 2013, on the Cell Press website.