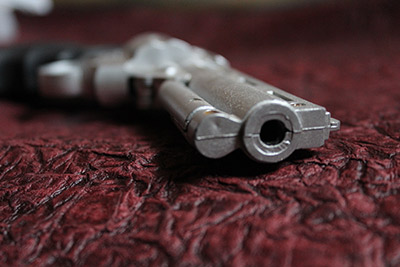 Every week in the United States, an average of 645 people lose their lives to firearm violence and 1,565 more are treated in an emergency department for a firearm-related injury. Most of these events do not make headlines, but they account for about 7 percent of the premature deaths before age 65 in the US.

In a special issue of Preventive Medicine titled Epidemiology and Prevention of Gun Violence, preventive medicine and health policy experts address a wide range of critical topics related to firearm violence, from the interaction of alcohol abuse with gun violence, effects of changes to gun laws in various states, how criminals obtain guns in a large US city, to how the public perceives gun violence and gun policies.

In their editorial introducing the special issue, “Increasing Knowledge for the Prevention of Firearm Violence,” Drs. Hemenway and Webster say it’s crucial to shed light on this field of research.

They note that firearms are the second leading cause of injury death for youths 17 and under, accounting for 12.6 percent of the deaths in this age group. Yet, in the 301,000 publications that were focused on the 10 leading causes of childhood mortality, less than 0.3 percent of those publications addressed firearms. They argue that relative to the burden of injury, disability, suffering and death that comes from gun violence, research funding on this important public health topic is “pitifully low.”

Panel on gun violence at ACE

Preventive Medicine and the Policy Committee of the American College of Epidemiology (ACE) will co-sponsor a plenary session on “Gun Violence Epidemiology and Implications for Policy Development” at the ACE 2015 Annual Meeting in Atlanta on Tuesday, September 29, at 9:25 am.

A second editorial, by Dr. Eduardo Franco, Editor-in-Chief of Preventive Medicineand Professor at McGill University, and co-authors suggests that other areas of public health, such as smoking, automobile safety, food safety and sanitation, have all been improved by vigorous policies at local, regional, national, and international levels, while gun violence, especially in the US, has not. While most of these efforts have been challenged by vested interests, progress has continued. They contend that the one remaining low-hanging fruit is the “one that has surprisingly eluded concerted action from public health: gun violence prevention.”

Echoing the sentiments of the guest editors, Dr. Franco points out that this special issue alone “will bring to light the equivalent of 20 percent of the annual average number of papers on firearms that appear in the medical and public health literature.”

Who’s getting shot and where?

The first three contributions are epidemiologic descriptions of the characteristics of firearm violence. Dr. Fowler and others from the US Centers for Disease Control and Prevention (CDC) provide a wealth of data on who is getting shot and the costs of injury. Firearm injury is overwhelmingly a male problem, accounting for 86 percent of the deaths and 89 percent of the non-fatal injuries. Firearm injuries are also disproportionately a southern US problem, accounting for 45 percent of all firearm fatalities with high rates of firearm suicide, firearm homicide, and unintentional firearm fatality.

Gun ownership and alcohol use

Garen Wintemute summarizes the existing literature on the relationship between alcohol, gun ownership, and gun violence. It is estimated that every month some 10 million firearm owners binge drink. Alcohol is a strong risk factor for violence in general and for firearm violence in particular. For men, the estimated number of alcohol-related firearm fatalities equals the estimated number of alcohol-related motor vehicle crash deaths. He suggests that restricting access to firearms for persons with a documented history of alcohol misuse could reduce firearm fatalities.

Guns for self defense – myth or reality?

Dr. Hemenway and Dr. Sara Solnick discuss self-defensive gun use. The large majority of handguns are purchased for self-defense, perceived as a main potential benefit of gun ownership. Using data from the National Crime Victimization Surveys, they found that reported self-defense use is quite rare — victims use a gun to protect themselves in less than 1 percent of the crimes in which the victim is present. There is little evidence from these national crime surveys that having a gun for protection is particularly beneficial in reducing the likelihood of injury, or is more beneficial than having any other weapon in reducing the likelihood of property loss.

How criminals get guns

Two articles focus on guns that are used in the commission of a crime. Dr. Philip Cook and co-authors discuss a survey of jail inmates in Chicago regarding how they obtained their firearms. About 60 percent of guns were obtained by purchase or trade within their social network of personal connections. Some were shared guns or were being held for others at the time of arrest. Guns are rarely purchased from gun stores or stolen. While about one in seven respondents reported selling guns, this was not a regular source of income for all but a few. Chicago gangs still play a role in organizing gun buys and distributing guns to members as needed. The authors note that the Chicago Police Department has had a considerable impact on the workings of the underground gun market because of concerns that strangers and less-trusted associates might be undercover officers or snitches, and about being caught with a "dirty" gun (one that has been fired during a crime).

Anthony A. Braga and David M. Hureau analyze gun-tracing data for firearms recovered from Boston crimes. Massachusetts has relatively strong gun laws, including the requirement that all gun transfers be recorded. While the recorded data on sales of secondhand firearms in Massachusetts might have the potential for shutting down illicit secondary market sources of guns to criminals, they found that most private sales, gifts and thefts are not being recorded.

What the public thinks about guns and gun policy

The final two articles deal with public opinions about guns and gun policy. Susan B. Sorenson undertook an attitudinal survey of college undergraduates regarding seven gun violence reduction policies, including universal background checks, banning large capacity magazines, and putting armed police in schools. There was more than 80 percent support for each of six of the seven policies presented. The policy that garnered the least support (18 percent), putting armed officers in schools, was the only policy that would put more guns at the scene of any violence.

In the final article, Colleen Barry and other public health researchers from Johns Hopkins Bloomberg School of Public Health examined national adult attitudes about a variety of gun policies, and compares them to a similar poll conducted two years earlier, immediately after the Newtown, CT school shooting. The authors found that while support for some specific policies (e.g., bans of assault weapons) may have eroded slightly, the large majority of both gun owners and non-owners support policies such as universal background checks for all handgun sales, requiring a license before buying a gun, release of data on gun dealers selling the most guns used in crime, and temporarily removing guns from someone posing an immediate threat of harm to themselves or others.

Can gun violence be quelled?

Dr. Franco and co-authors are optimistic. In their editorial, they write:

As a public health community, we have tackled the opposition from the tobacco, asbestos and automotive industries and their political lobbying. We have reversed the tide of economic dependence that legislators and entire nations have had on these industries. It took time and determination but we made enormous progress. Reducing gun violence throughout the world will do wonders for helping humanity achieve all eight United Nations Millennium Development Goals. We need to muster the same courage now as we did when we picked other low-hanging fruits of public health.

These articles appear in Preventive Medicine, Volume 79 (2015), published by Elsevier. All articles in this Special Issue are openly available until June 30, 2016 on the Preventative Medicine website and ScienceDirect.

Sources of guns to dangerous people: What we learn by asking them
Philip Cook, PhD; Susan Parker, BA; and Harold A. Pollack, PhD

Strong gun laws are not enough: The need for improved enforcement of secondhand gun transfer laws in Massachusetts
Anthony A. Braga and David M. Hureau

Assessing views about gun violence reduction policy: A look at type of violence and expected effectiveness
Susan B. Sorenson

Founded in 1972 by preventative medicine pioneer Dr. Ernst Wynder, Preventive Medicine is an international scholarly journal that provides prompt publication of original articles on the science and practice of disease prevention, health promotion, and public health policy making. Preventive Medicine rewards innovation, publishing insightful observational studies, thoughtful explorations of health data, unsuspected new angles for existing hypotheses, robust randomized controlled trials, and impartial systematic reviews. The journal’s ultimate goal is to publish research that will have an impact on the work of practitioners of disease prevention and health promotion, as well as of related disciplines.