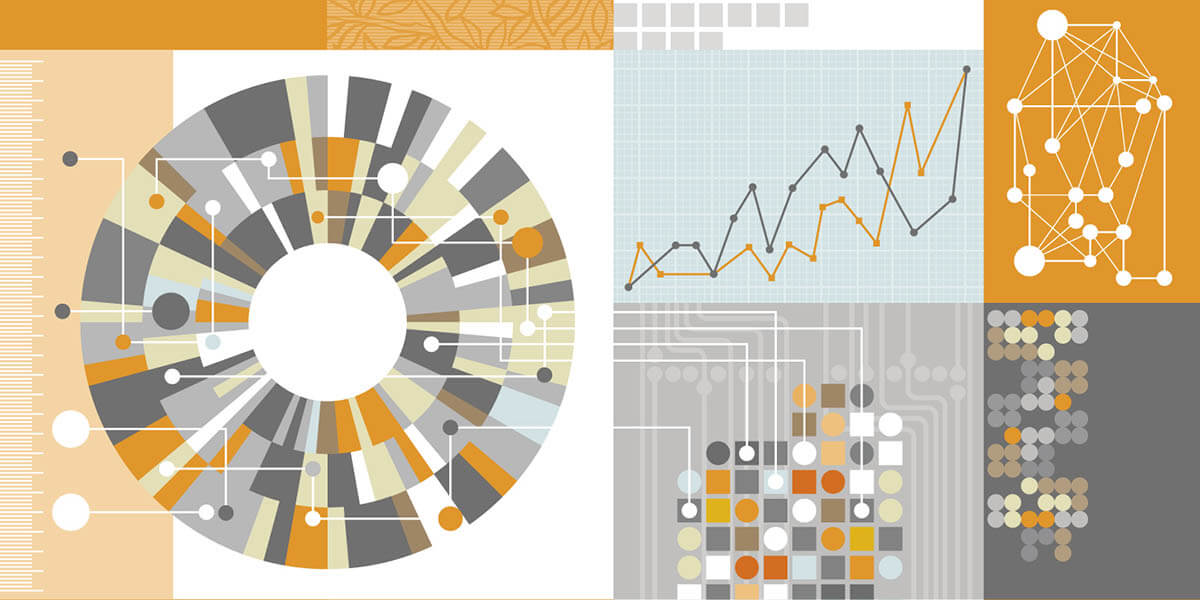 A new culture of innovation is needed to make radical innovations.

That was the thesis of the third annual Research Summit in Berlin, where it was discussed by key players in science, business, civil society and politics. Each year, the summit provides a unique platform for a diverse set of actors to promote progress in science and research.

The high-caliber attendees and the large amount of attention generated by the summit underscore the relevance of research and science in Germany. On an international level, the well positioned status of Germany as a location for science is well known. Nevertheless, the industry is increasingly recognizing that it is becoming progressively difficult to maintain and expand this position on a global scale. For this reason, it has become necessary to promote innovation if Germany is to remain an attractive location for national and international scientists and research companies.

Undoubtedly, Germany boasts some of the world's leading scientific institutions and has made a decisive step with its Excellence Initiative to sustainably strengthen top-level research. However, excellence alone does not equate to innovation.

In Germany, two major areas can be identified where changes are needed to improve the national innovation climate.

A tendency towards risk aversion is a major factor holding Germany back from developing its full potential in the field of disruptive innovation and taking advantage of its population of bright minds. Compared to other parts of the world, such as the United States, Germany is significantly different. The principle of "trial and error" has not prevailed among German society. Thus, innovation is inhibited by a culture of overcautiousness and perfectionism, all in an effort to avoid mistakes.

Yet much can be learned from mistakes. Germany must allow itself to grow into a culture that has the courage to experiment outside its comfort zone. There is no doubt that not every project can be successful. Germans must allow themselves to experience setbacks and failures. Failure is not necessarily equivalent to a malfunction: a project can be discontinued for a variety of reasons even when the original idea is quite promising.

A second problem area is the basic handling of technology. Germany continues to be skeptical about new, disruptive technologies. Robotics and artificial intelligence are, for example, much more critically received here in Germany than in other countries. This hesitancy toward embracing technology leaves a large space for potential innovation. For example, Germans often feel a great amount of wariness when dealing with data, yet a large part of innovation in the coming decades will be based on the analysis and evaluation of data. Established data management can make it possible to exploit and utilize the volume of existing data. At the same time, the concept of ensuring optimal data protection will continue to increase in relevance.

The Humboldt-Elsevier Advanced Data & Text (HEADT) Center is a pioneer in this area. It brings together experts from the Humboldt University of Berlin, Elsevier and other partners to research topics such as scientific integrity and replicability, as well as efficiency in database structures and text mining. The HEADT Center focuses on quality, technology and scientific excellence in a unique way, emphasizing how innovation and application-oriented innovation are promoted in Germany. In addition, Elsevier and Humboldt University recently signed an agreement to set up an Information Management Professorship as part of the Einstein Center Digital Future. Elsevier shares the resolve and goal of bringing about social change through technology and innovation with various important players in the scientific community, business, politics and civil society in Germany. It is therefore of the utmost importance to seek exchanges, share experiences and mutually stimulate new paths.

Another major area that is essential for the creation of an innovation-friendly climate is gender equality in research. In Germany, 50 percent of women with a university degree are currently prevented from pursuing a career in science or industry due to unfavorable conditions. It is no secret that diversity is a prerequisite for innovation in research. As a result, it is a growing trend in the industry, supported by initiatives such as the introduction of female quotas that will help promote equality. This trend can be observed outside of Germany as well.

In the recent report Gender in the Global Research Landscape, Elsevier investigated the relationship between women and men in research, highlighting the obstacles standing in the way of achieving gender balance in research. Decision-makers in politics, industry and science must be provided with the facts and evidence necessary to further promote gender equality. The report does reveal that the number of female researchers has risen in recent years, although the rate of women publishing work remains low. Despite the existing diverse range of initiatives aimed at encouraging women to engage in professions and research in STEM-related fields (mathematics, computer science, and other areas of science and technology), there is still much work to be done in this area.

Dialogue is vitally important to create a modern academic environment

To achieve change and progress in these areas, a broad-based dialogue is essential. The Research Summit provides an excellent forum every year to promote innovation through joint, interdisciplinary multi-level collaboration. Germany is still one of the world's most research-intensive countries, but there are deficits to overcome to maintain or improve this position. The Research Summit brings together policy, industry, science and civil society to enable what is absolutely necessary for innovation: dialogue. To this extent, such an event can only be found in Germany.

As a member of the Stifterverband, Elsevier is part of this dialogue. Building on our transformation from a classical publisher to an information analytics company, Elsevier seeks to support the German research landscape in efforts to make digital information more easily accessible, to render it applicable for decision making, and to help researchers network more effectively on a global scale. With our digital tools and big-data technologies, we are leading the way in translating STEM data into knowledge that can be acted on. We’re working to provide German researchers and practitioners with the services and foundation they need to work efficiently: quality content and innovative technologies to access, share and manage.

At Elsevier, we consider it a key responsibility and underlying goal to support excellent research and work with a wide range of partners and initiatives to eliminate the hurdles hindering Germany on the road to becoming an innovation leader. Although Germany has some of the brightest minds in the global research community, there is room for further development. It is necessary to create a risk-taking culture, to bring digitization into research, and to move toward gender equality. Germany is entering an exciting decade that will determine what role it will play in the global innovation landscape. At Elsevier, we look forward to helping Germany develop its innovative potential.

The Research Summit in Berlin was launched in 2015. Since then, it has been organized by the Leopoldina - The National Academy of Sciences and the Stifterverband for German Science. The central focus is to create improved perspectives for Germany through research and innovation. Once a year, decision-makers, renowned experts and thinkers in science, business, civil society and politics meet to exchange ideas on the advancement of Germany’s innovation framework. For the Gender in the Global Research Landscape report, gender-specific differences in science were considered over a period of 20 years. The study included 12 countries and regions as well as 27 subject areas. The report is based on a novel methodology for analyzing gender issues in research. Data from Elsevier's Scopus was combined with data from social media, applied name research and Wikipedia using the advanced data analytics capability of SciVal. Furthermore, the analyses were complemented by contributions from interest groups and individuals around the world, such as the World Intellectual Property Organization (WIPO). Read more.

Elsevier’s Gender and Science Resource Center is a source of information for researchers, research leaders, policymakers and anyone else interested in gender diversity and its impact on science and the society. The resource center includes the recent gender report, a public Mendeley library of the main references used in the report, an infographic and more. 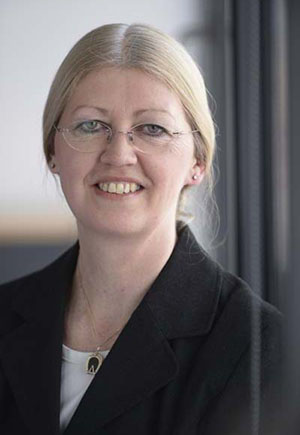 Angelika Lex is VP of Academic Relations for Germany, Austria and Switzerland at Elsevier. She studied biology, immunology and biochemistry in Stuttgart and Tübingen, Germany. Since 1987, she has been a part of the Elsevier team in various functions: in 2003 she was appointed Managing Director of Elsevier in Munich. From 2007, she was Director of Operations Europe, responsible for the Health Sciences Europe operating division. She has been in her current role since 2010. 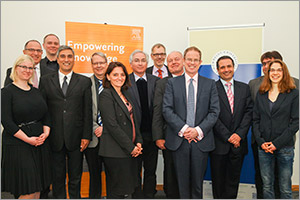 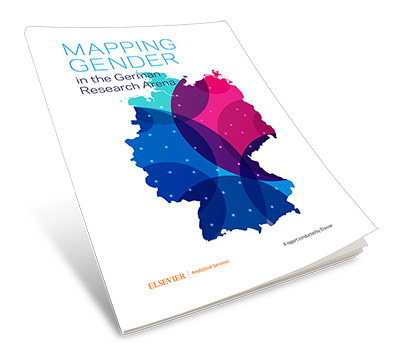 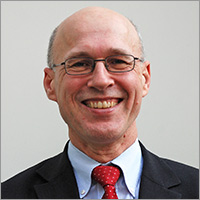