More than a third of adults in the United States are obese, and some of them undergo gastric bypass surgery to shed the extra pounds. 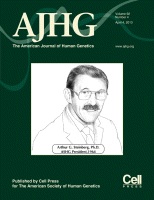 A genome-wide association study published by Elsevier's Cell Press May 2 in The American Journal of Human Genetics reveals that the amount of weight loss after this surgery can be predicted in part by a DNA sequence variation found on chromosome 15. The findings explain why the success of gastric bypass surgery varies so widely and could help clinicians identify those who would benefit the most from this type of surgery.

“Surgery is the most effective therapy for severe obesity, but these procedures are invasive, and not all patients get the same degree of benefit,” says senior study author Dr. Lee Kaplan of Massachusetts General Hospital and Harvard Medical School. “If we can identify those patients who are likely to lose more weight after surgery from those who do less well, we could help steer patients towards the therapy that best suits them.”

Individuals who undergo gastric bypass surgery lose on average about 35 percent to 40 percent of their initial weight and keep most of this weight off. But the amount of weight lost by different patients varies by a factor of four, and it is not understood what causes this wide difference in response.

To identify specific genetic factors that might play a role, Dr. Kaplan and his team examined the genomes of more than 1,000 individuals undergoing gastric bypass surgery. They found that individuals with two copies of a specific variant on chromosome 15 lost on average about 39 percent of their body weight, whereas those without a copy of this variant lost less than 30 percent of their body weight. Moreover, the activity of the gene located closest to this variant also predicted weight loss.

“This is the first instance where a genome-wide search has identified genetic predictors of weight loss after gastric bypass surgery,” Kaplan says. “Since the genes identified in this report have not previously been known to be involved with body-weight regulation and obesity, their identification may suggest new approaches that could be used to develop novel therapies for obesity, diabetes, and related metabolic disorders.”

Mary Beth O’Learyis Press Officer and Associate Media Relations Manager forCell Press(@CellPressNews), based in Cambridge, Massachusetts. She began her career at Cell Press as an Senior Editorial Assistant for the journalCellbefore transitioning into a role as Marketing/Publicity Coordinator. In December, she moved into her position as Press Officer for Cell Press’s 29 journals. A graduate of theCollege of the Holy Crossin Worcester, Massachusetts, she studied literature and art history.