From wine to synthetic diamonds — chemistry for the holidays

In our holiday selection of chemistry articles, researchers reveal a new way to make synthetic diamonds and healthier wine 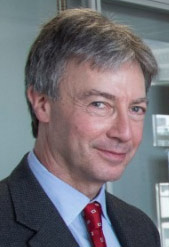 It’s the festive season, and many of us are surrounded by shimmering gold decorations and colorful lights adorning the streets. We may indulge in wine and cakes, exchange gifts and turn on the heating to keep the freezing weather at bay.

These familiar festive signs are all connected to chemistry. To celebrate the chemistry of the holidays, we have put together a selection of articles published in 2015 that reflect the glimmer of the festive season, covering everything from sparkly diamonds to the wine you drink by the fire.

The holiday season is colorful – and so is chemistry. In a paper published in Electrochimica Acta, researchers from Hokkaido University in Japan have come up with a new substance called etidronic acid, which creates a material with a rainbow spectrum of colors. A certain kind of material called a porous anodic oxide film is very important for a variety of uses, including in gas sensors and nanomagnets. It is made up of millions of microscopic porous cells, like a honeycomb. In the study, researchers show that using etidronic acid, they can make this material in a way that gives it a multicolored structure, making it useful in optical instruments.

In another article, researchers at Michigan State University assess a new way to make synthetic diamond. In their research research published in Diamond and Related Materials, they investigated a method called microwave plasma assisted chemical vapor deposition (MPACVD), at high pressure and power. They found that using a “pocket holder” – a tiny pocket in which the diamond can grow – helps make thicker diamond. 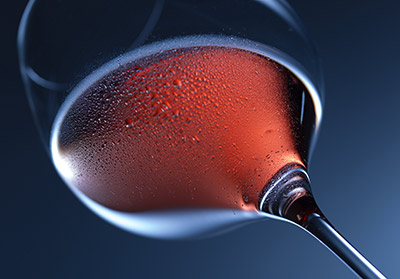 From one precious material to another: gold is not only an iconic festive metal, but it’s also vital in chemistry. In an article published in Bioorganic & Medicinal Chemistry, researchers from Ryukoku University in Japan have developed a new way of making gold nanocrystals that are the same size and shape. Gold nanocrystals are used for a variety of things, from electronics to drug delivery systems. To be most reliable and effective, they need to be of a regular size and shape. Usually this is controlled using a toxic substance, but in the new paper, the team has developed a protein chain that can do the same job when mixed with a template molecule and chloroauric acid in water. This makes the process safer and simpler.

Many people enjoy a glass of wine by the fire – and the claimed health benefits that could bring. But with concerns over the alcohol content of red wine, researchers have been looking for ways to dealcoholize wine. An article in Sustainable Production and Consumption, by researchers at Universidad de Cantabria in Spain, looks at the life cycle of several of the methods being used and considers their environmental impacts. Evaporative pertraction (EP) was the best method in terms of its environmental impacts, so could be used more widely to make healthier wines.

This special festive collection is our gift for the season. The articles in the collection are all free to access until June 9, 2016, so you can enjoy the festive chemistry glow for months to come.

Chemistry for the holidays

Dr. Paul Carton is a Publishing Director for Chemistry journals at Elsevier, based in London. He studied Physical Chemistry in the United States. Over the last 30 years, he has held various editorial positions with Nature, Routledge Chapman and Hall, and Elsevier.