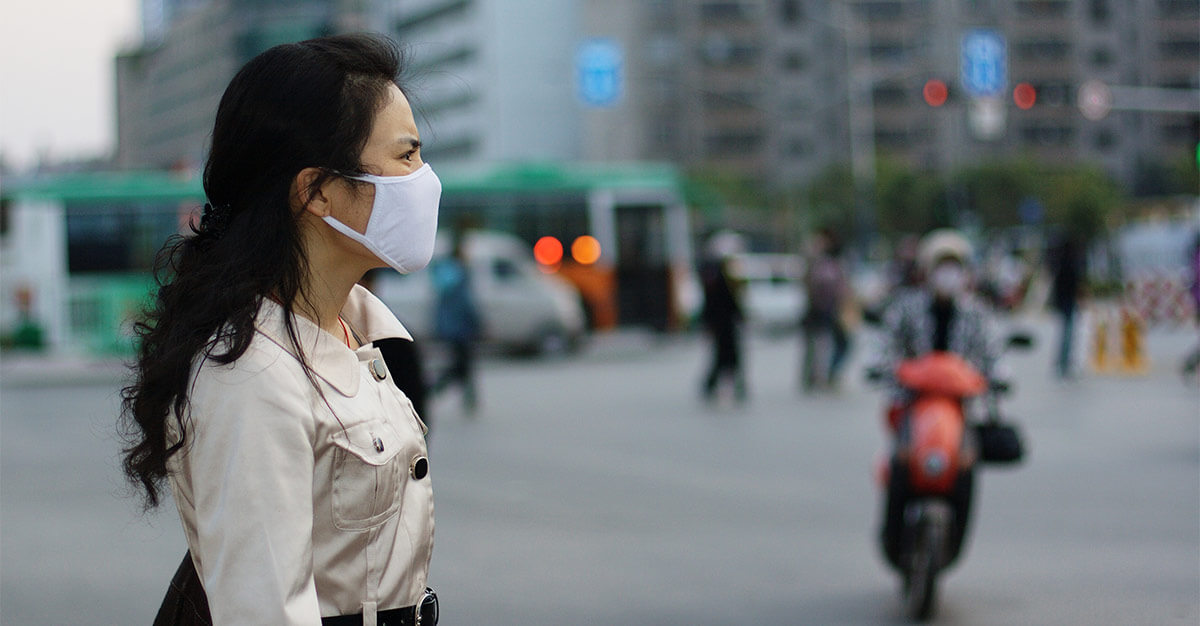 In September 2005, Senior UN System Coordinator for Avian and Human Influenza David Nabarro made a public statement that bird flu could kill as many as 150 million people. The virus – H5N1 avian influenza – was only spread by birds but was already having a huge impact on people in South East Asia: 55 percent of people hospitalized with this infection since 2003 had died and there was emerging evidence that the virus was spreading further. 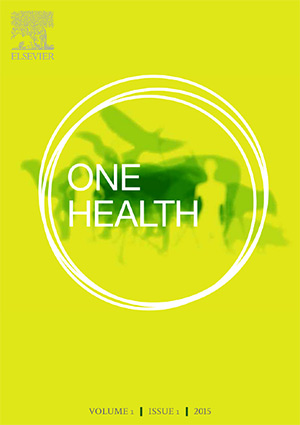 Avian influenza is not the only pathogen to have jumped from animals into humans. In recent years, a raft of emerging diseases – including HIV, SARS, MERS and Ebola – have moved from their natural animal hosts into people, threatening national economies and the health of billions of people worldwide.

Tackling emerging diseases requires focused interdisciplinary action and knowledge sharing. One Health is a concept that aims to facilitate this; resting on the premise that there is one holistic way to view and approach health and disease in humans, animals and the environment, One Health is a community initiative that brings together experts and their research to prepare for zoonoses, infectious diseases and antimicrobial diseases.

A year ago, Elsevier launched One Health – a gold open access journal – as the official journal of the One Health Platform, “a strategic forum of stakeholders and a One Health reference network that aims to enhance understanding of and preparedness for the current and future outbreaks of zoonoses, emerging infectious diseases in humans and animals, and antimicrobial resistance, including the ecological and environmental factors which impact on these diseases." 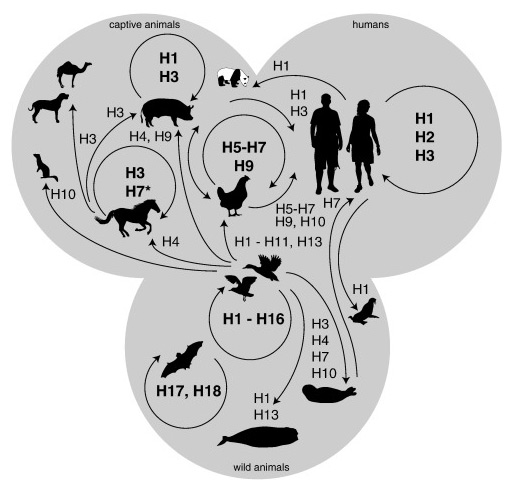 In the 12 months since its launch, the journal has published a variety of high-impact papers on everything from avian flu to zoonotic malaria. With 25 articles now available on ScienceDirect, the journal is about to be indexed on PubMed, making the content even more discoverable.

To celebrate its anniversary, we look back over some of the highlights and share the top 10 most downloaded articles.

The One Health movement 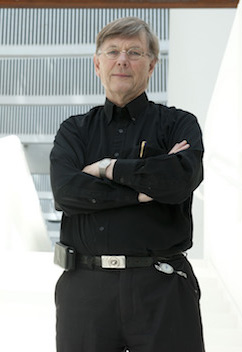 Climate change, agriculture and globalization are having a huge impact on infectious disease; the way we’re trafficking things around the world – including animals and their products – and the way we’re producing meat is opening us up to more and more new diseases transmitted from animals to humans. Dr. Albert Osterhaus, Professor and Director of the newly founded Research Center for Emerging Infections and Zoonoses (RIZ), University of Veterinary Medicine Hannover, Germany, and co-Editor-in-Chief of One Health, explained the impact:

The way we move goods, conduct agriculture and even go on holiday are making a difference to the way diseases spread. Where we once had pure forest, we now grow crops or keep cows for their meat. And climate change is also impacting zoonoses. What are the factors affecting when and how a disease will emerge? If we knew, perhaps we could control it at the source and prevent it in the future.

The One Health concept is founded on the idea that “human, animal and ecosystem health are inextricably linked, and can have profound effects on human society.” As such, a comprehensive mix of expertise is needed to curate published research contributing to the field. One Health assembles leading experts in virology, pathology, immunology, bacteriology, parasitology, veterinary sciences, food safety, mathematical modeling, epidemiology, public health research and emergency preparedness. 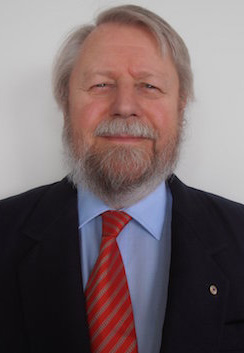 “The aim is for this journal to be high quality, publishing top research in the field to further our knowledge and help plan and implement control measures for emerging zoonotic diseases, and to better understand the importance of the interfaces between animals, humans and the environment in the genesis and spread of diseases,” said co-Editor-in-Chief Dr. John Mackenzie, Professor of Tropical Infectious Diseases at Curtin University, Australia.

The journal and platform have a mission to bridge the gap between research topics that were traditionally studied in isolation as an essential step to improve our understanding of the origin, spread and prevention of infectious diseases of humans and animals, Dr. Osterhaus said.

Although there’s a lot happening in the field – the health of humans, animals and the environment – the groups are fragmented. We thought it was worthwhile to structure that, so we created the One Health Platform, together with the journal.

In addition to supporting collaboration, the journal encourages and facilitates the publication of important data online as fast as possible – all open access. This enables people to access the research from anywhere in the world, which can be challenging for researchers in the most affected areas, like South East Asia and South America. “For me this is a valuable thing,” Dr. Osterhaus added. “It’s not just for the scientific elite but for everyone.”

So far, more than 850 prominent scientists, physicians and veterinarians from around the world have endorsed the initiative. Since its launch, One Health has published 25 papers on topics ranging from developing a new collaboration approach to tracking disease in flying foxes.

Every issue of the journal features a high profile review. In volume 1, Dr. Kirsty Short, Research Fellow at the School of Biomedical Sciences, University of Queensland, Australia, and researcher at the Department of Viroscience at Erasmus Medical Centre, the Netherlands, led a review looking at influenza A viruses, shedding light on how they are transmitted between species.

According to Dr. Short and her colleagues, influenza A viruses are among the most challenging causes of zoonoses – diseases that can cross the species barrier to humans – partly because they can infect such a wide range of animals, including waterfowl (the original hosts), dogs, cats, pigs, whales and humans. They are also adaptable and can change to cross the species barrier and transmit between members of the new species. Their impact is also significant. According to the review, “influenza A viruses in humans represent a major economic and disease burden, whilst the poultry industry has suffered colossal damage due to repeated outbreaks of highly pathogenic avian influenza viruses.”

Influenza isn’t the only virus to be transmitted through avian hosts; Usutu virus, which caused high mortality rates in its bird reservoirs, has found a comfortable mode of transport in the northwestern European mosquito Culex pipiens, according to research published in the first volume of One Health.

The authors, led by Dr. Jelke Fros of the Laboratory of Virology at Wageningen UR, the Netherlands, discovered for the first time that northwestern European mosquitoes are well suited to carry the virus from host to host. They found that infection rates were 11 percent at 18˚C and 53 percent at 23˚C – similar to the infection rates of West Nile Virus. But at high temperatures of 28˚C, Usutu virus took the lead, with 90 percent infectivity compared to 58 percent for West Nile Virus.

Just as important as looking at the pathogens themselves is working out how to tackle them most effectively. Dr. Aurelie Binot, agronomist at Animal and Integrated Risk Management (CIRAD) in France and Kasetsart University Faculty of Veterinary Medicine, Thailand, and her colleagues propose a new framework for making One Health work.

For any approach to work, emerging diseases need to be tightly defined. In their article in One Health, Samantha Rosenthal, Research Associate in the Department of Epidemiology at Brown University, United States, and her colleagues argue that the current definition of emerging diseases might be blocking progress in terms of prioritizing interventions. They propose a new framework to classify “emerging” diseases.

As the world continues to change, so will our approaches to controlling the impact of emerging infectious diseases. One Health has an important role to play in this, as Dr. Mackenzie concluded:

We’ve seen an exciting array of research and reviews in the first 12 months of One Health, and now that the journal is established, we look forward to publishing even more articles that will help build our knowledge and connect researchers from different fields in the fight against disease and drug resistance.

Top 10 most downloaded One Health articles

The official journal of the One Health Platform, One Health provides a platform for rapid communication of high quality scientific knowledge on inter- and intra-species pathogen transmission, bringing together leading experts in virology, pathology, immunology, bacteriology, parasitology, veterinary sciences, food safety, mathematical modelling, epidemiology, public health research and emergency preparedness. The journal accepts submissions to the following categories: virology, bacteriology, parasitology, modeling, discovery, ecosystem health and public health. The journal is part of a larger, community-wide initiative which includes the One Health Platform and the International One Health congress series. This journal is published by Elsevier.