Fracking for shale gas – the science behind the risks

What does the latest research say about the risks of earthquakes, air pollution and groundwater contamination? 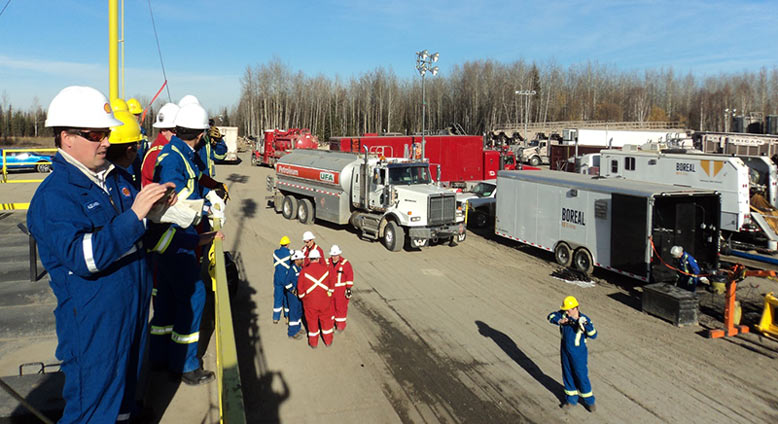 Shale gas has changed America. Within 20 years, it could be providing half of the United States’ domestic gas and may be being exported in a liquefied form, according to a 2014 report by the US Energy Information Administration.

But shale gas has a dark underside. Many people believe that the process of drilling for it – known as hydraulic fracturing, or fracking – is damaging the environment and diverting attention away from the need to reduce carbon emissions and ditch fossil fuels.

In my new book, Shale Gas and Fracking: The Science behind the Controversy, I write about these environmental problems, which fall into three main areas: groundwater contamination, fugitive emissions and earthquakes.

Is there evidence for groundwater contamination? 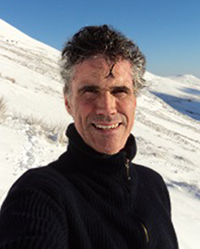 Prof. Mike Stephenson is Chief Scientist at the British Geological Survey, the UK's national geoscience and data centre, with 520 scientists and technologists. He began his career as a school teacher in rural Africa and stayed there for nearly 10 years but returned to Britain to pursue research in the Middle East and Asia, including highlights in Oman, Jordan, Pakistan, Iran and Afghanistan. He received a BSc in Geology from Imperial College and an MSc and PhD in Stratigraphy from Sheffield University. 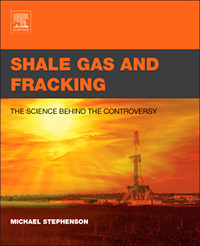 Mike has professorships at Nottingham and Leicester universities. He has and has published over 80 peer-reviewed papers while serving on the editorial boards of several journals and as Editor-in-Chief of Elsevier’s Review of Palaeobotany and Palynology. His latest book, Shale Gas and Fracking: The Science Behind the Controversy, was published by Elsevier in February.

Osborn et al (2011) from Duke University described high concentrations of methane in water wells close to fracking and used the chemical composition of the methane to show that it was likely to have come from deep shale rather than shallow biological action. The paper was criticised for the rather small amount of supporting data, and for the lack of baseline data on how much methane naturally occurs in water wells in Pennsylvania (see for example Molofsky et al, 2013). But a couple of years later, Jackson et al (2013), also from Duke University, went back to the same area and showed statistically significant evidence of contamination in a larger number of water wells within 1km of fracking. Molofsky et al (2013) showed that the methane — though clearly shale gas — probably emanated from shale layers above the hydraulically fractured layer (the Marcellus shale), suggesting that fracking was not the direct cause of the stray gas but that it was the fault of leaking production wells.

Later large studies of areas undergoing intense hydraulic fracturing elsewhere, such as the Arkansas Fayetteville shale (Warner et al, 2013), have found very low concentrations of methane in water wells, suggesting that the well leakage is a local problem for parts of Pennsylvania. About 33,000 gas wells are drilled in the US every year and about 90 percent of these are fracked (Prud’homme, 2014), and so far, the peer-reviewed evidence of leaks is still rather small.

Does fracking pollute the air?

Fugitive emissions are emissions of methane to the atmosphere rather than to groundwater. These are important in the context of the claim that shale gas is “cleaner” than coal as a fuel overall. The most important of the early peer-reviewed studies of fugitive emissions, by Howarth et al (2011), showed high levels of methane released from the fluid (known as flowback) returning from the well after fracking. Flowback typically carries methane, and the practice of leaving flowback in open tanks at the surface (ready for disposal or re-use) allows methane to escape directly into the atmosphere, though much flowback water is now stored in sealed tanks. Howarth’s published data showed a very high level of methane leakage of between 3 percent and 8 percent of a well’s production over its lifetime. Given that methane is a potent greenhouse gas, Howarth’s group thought that such levels of emissions cast doubt on the claims that shale gas could be regarded as a low-carbon fuel.

Howarth’s paper has been contested, and some experts (e.g., MacKay and Stone, 2013) suggest that the high figures for emissions quoted in the paper are unrepresentative of the industry as a whole. Recent work from a large number of shale gas drilling sites (Allen et al, 2013) suggests a leakage rate of about half of 1 percent of gas production, perhaps indicating that shale gas is indeed a cleaner fuel than coal.

Does fracking cause earthquakes? 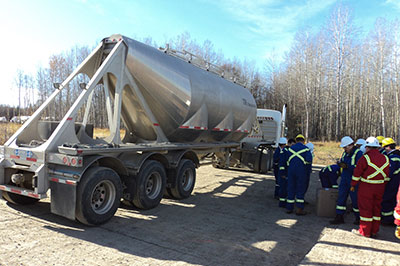 Evidence of earthquakes caused directly by fracking is rare in the United States, though in Canada there are a few well documented cases (e.g., British Colombia Oil and Gas Commission Report, 2012). However, the associated activity of deep geological disposal of flowback is clearly associated with earthquakes. Frohlich (2012) showed that flowback disposal wells in the Barnett shale area in northeast Texas were responsible for several small earthquakes. The water is usually injected into deep sandstone layers above or below the Barnett shale. Some of the wells were injecting more than 20,000 cubic meters of waste water from fracking every month.

The few studies like these suggest that underground disposal of waste water is much more likely to produce earthquakes than fracking mainly because the water injected is permanent rather than temporary, and because very large volumes can build up underground.

The state of regulation

So environmental problems related to shale gas do exist and have the potential to affect peoples’ lives and property. Shale gas carries reward but also risk – and the balance between the two has to be struck by regulation. Regulation can’t be too stringent so that it completely stifles the ability of a company to try different techniques, but at the same time it can’t be so lax that it doesn’t completely protect the public and the environment.

Studies in the US have found that shale gas regulation differs widely across the states. Historically, states have been the main regulators of oil and gas, and since the shale gas boom, states have updated and improved their regulations as and when they needed to, taking into account different geology and water conditions. The result is a patchwork. If we take rules about the depth to which casing should be installed in a well, for example, most states require casing or cementing at a certain depth below the base of freshwater aquifers, but this varies between 120 and 30 feet.

Regulation will no doubt continue to be updated to deal with problems as they arise. These issues will also be uppermost in the minds of regulators and policy makers in the countries in Europe that are interested in shale gas and that have substantial resources.

In my next article, I’ll consider some of the challenges for Europe in balancing risk and reward.

Video: The Science behind the Controversy

Prud'homme, A. 2014: Hydrofracking: What Everyone Needs to Know, Oxford University Press.