The 'Your Paper, Your Way' pilot will soon expand to 50 to 70 journals.

Editor's note: Since this story was published, this pilot has been rolled out to many more Elsevier journals. Here's a more recent information in Authors Update. [divider]

"Imagine if contributors could submit their papers to a journal without worrying about formatting the manuscript, including those pesky references, to exacting specifications?"

Those were the words of Kelvin Davies, PhD, DSc, Editor-in-Chief of Free Radical Biology & Medicine, in a recent edition of Elsevier's Editors' Update.

For the past year, his journal has been allowing authors to do just that as part of a pilot called "Your Paper, Your Way."

'A barrier to submission'

The idea came up a year ago at an annual editors' meeting led by Anthony Newman, a publisher for Elsevier's Life Sciences journals, including Free Radical Biology & Medicine.

"We were sitting around the table talking about what's good and what's bad," recalled Newman, who is based in Amsterdam. "We've had a lot of push-back from authors who say, 'I know you have a high rejection rate, but I have to spend a lot of time just to submit a manuscript.' We're really forcing them to put it into our format when the chance of it being accepted is just 20 percent." 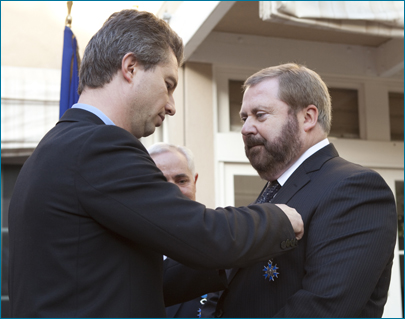 Sir Kelvin Kelvin J. A. Davies , PhD, DSc, was knighted on May 9 by an Order of the President of the French Republic — among the highest civilian decorations awarded in France. "I was raised on the legends of the French knight Sir Lancelot du Lac, who traveled to England to join King Arthur's Round Table," Davies said. "In a sense, therefore, this is the fulfillment of a childhood dream." He will travel to Paris in September, where his honor will be confirmed and again bestowed at a ceremony in the famous Napoleon Salon at the Luxembourg Palace, the seat of the French Sénat. Stay tuned for an article in Elsevier Connect.[/note]

Their comments were revealing. "For me, editing/typesetting the manuscripts to adapt different style standards of various journals and to get the figures more artistic and good looking is the most time-consuming part of my work," wrote one researcher. 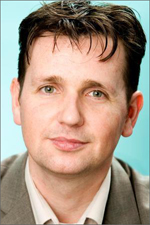 "Insisting that an author follow a particular style format that's different from other journals is creating an unnecessary barrier to submission," said Adrian Mulligan, Deputy Director of Research & Academic Relations, in Oxford. "It is likely that among the numerous submissions we receive, there will be manuscripts that had been previously formatted for submission to another journal. Moreover,  because we have such a high rejection rate across Elsevier (65%), it's inevitable that many rejected manuscripts will have to be reformatted."

Reformatting can involve anything from changing the structure of an abstract to painstakingly adjusting the order and punctuation of the references.

"Historically we've always let editors have a very large say in adapting the guide for authors," Newman explained. "So over the years, it's become more editor-centric and less author-centric."

At one point, Elsevier's styles numbered in the hundreds, although that volume has since between reduced to 10 "standard" styles.

'Focusing on quality, not format'

At the editorial meeting, Dr. Davies suggested that the journal lift that requirement for manuscripts.

As fellow scientists, I and my associate editors of Free Radical Biology & Medicine wondered why journals make people spend so much time and effort formatting their entire paper for submission, especially when it's a journal with extremely high rejection rates. Although standard formats do make it just that little bit easier for editors and reviewers to see everything in the correct style, the reality is that the advantage is very small, and we should really be focusing on the quality of science and not the format. For authors the difference is very significant. Just think of all the time contributors spend doing secretarial formatting work on a paper, only to have it rejected immediately and be forced to repeat the whole process again for the next journal to which they submit their paper. An easier submission process not only saves time and effort but may also allow authors to achieve faster publication speeds.

It has been estimated, taking into account punctuation, variations in expressing dates, titles, journal names, volume/issue numbers, etc., coupled with different typographic styles that there are potentially one-third of a billion permutations of styles for reference lists. Source: European Association of Science Editors, July 1997 [/note]

In initiating 'Your Paper, Your Way,' Free Radical Biology & Medicine decided to invite all authors to submit their manuscripts as single PDF files, including all figures, figure legends, and references.

Your paper almost your way

Of course, there are still rules. To be considered, all papers must include the following key elements:

If the paper is accepted, the authors are asked to format their work to the journal's style. Meanwhile, Elsevier will convert the reference style to that of the journal as long as the references have all the necessary information.

Newman pointed out that this will not cost more because Elsevier already has a contract with its suppliers to do this conversion — a service that has gone unused until this pilot. He also said it will not make the editorial process much harder.

"Ultimately, it's slightly more work for the editors, but the referees are used to seeing articles in different formats," he said. "But it makes it so much more author-friendly."

Davies said his journal has not received any complaints from reviewers, and many authors have sent letters of thanks and praise for the system. Still, just 50 percent of the authors have taken advantage of the relaxed requirements. Newman said he is going to survey authors to find out why, as part of the pilot expansion.

The pilot will expand next month to include 50 to 60 Elsevier-published journals across all subject areas, though with a different name that has yet to be chosen. As Newman points out, with a hint of humor: "It's not exactly 'Your paper your way. It is initially, but after that it's 'Your Paper Our Way.'"

We now have a list of the pilot journals. . There are 44 titles, eight of them are on this list as a replacement to for the original candidates. We have two zero level journals, 18 A level, six B level and 17 C level. 12 journals use Technical Screening. The list can be found in eroom:

But more seriously, is there a list of journals forthcoming that will be implementing this wonderful program? Will it only be experimental sciences? Mathematics (say) papers don't exactly fit the prescriptive 'key elements' mold listed above...

Hi, please find the link to further project information, including the list of the journals participating in the pilot: