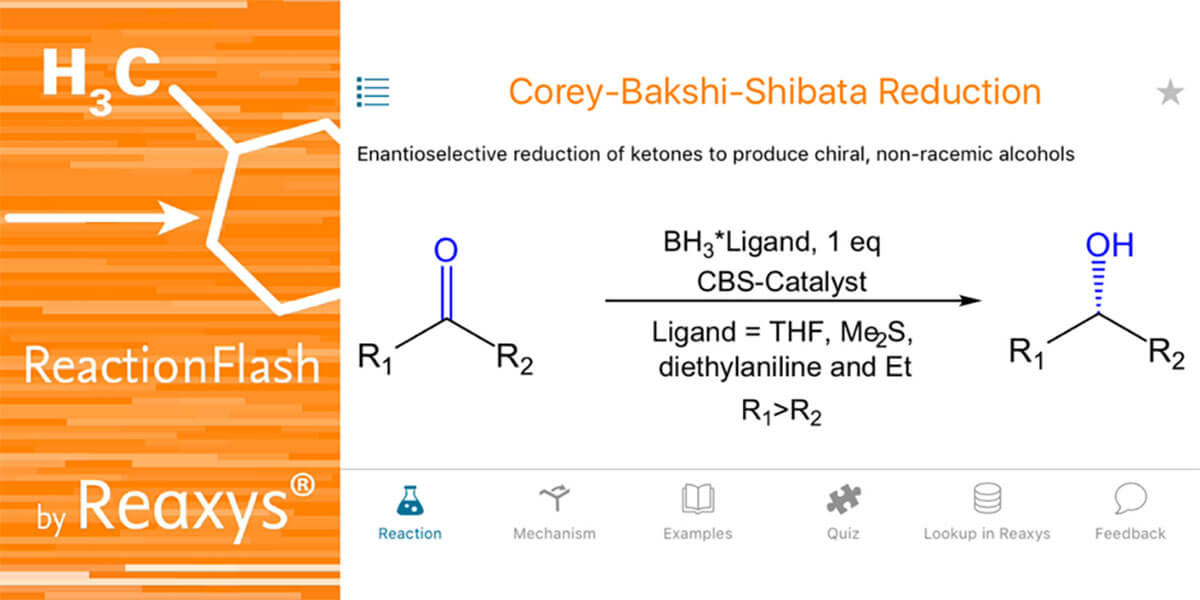 During their undergraduate and post-graduate studies, organic chemistry students must learn a large set of named reactions. Often these are complex chemistry transformations represented by a name — usually the name of their discoverer — and the names are in common use among researchers. Learning the named reactions early isn’t just about understanding organic synthesis; it is how organic chemists communicate.

Learning these reactions is an essential and difficult part of every organic chemist’s education. The challenge sparked a collaboration with top PhD students and researchers in chemistry. A development team from RELX Group, Elsevier’s parent company, worked with them to create the ReactionFlash app, which draws from the Reaxys database to help chemistry students learn named reactions. It’s free to download for iPhone and Android.

Named reactions come up right at the start of chemistry education. Students need to understand that the long history of named reactions in organic chemistry is more than just a quirk. The name represents a quick way of capturing a lot of information: synthetic (A goes to B) and mechanistic (how A goes to B).

However, it’s also hard work. Each name represents a whole process or even series of processes with multiple applications. So we brainstormed with finalists of the prestigious Reaxys PhD Prize, Prof. Dr. Carreira and members of his research group. The result is ReactionFlash. 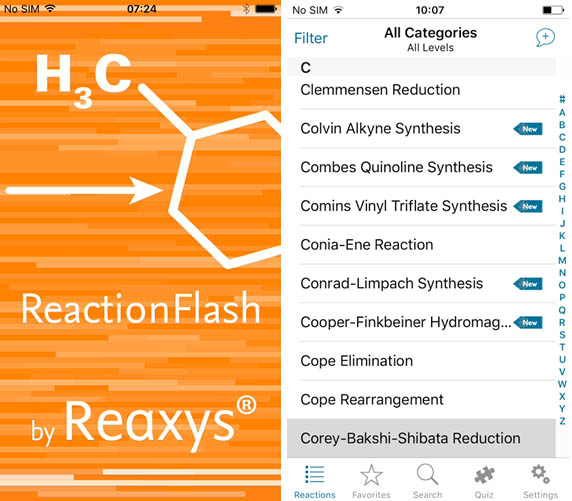 ReactionFlash gamifies learning with flash card quizzes while acting as a database for 550 named reactions, providing the details of the mechanism, relevant references, and even application examples from peer-reviewed literature, extracted from Reaxys.

Involving students was incredibly important: as the end users of the app, they are the ones who need to be happy with it, so we sought their opinions for every new iteration, content expansion and release. Students act as advisors on the new content and reviewers of the content and the app.

For example, 25 postdoctoral researchers and graduate students from Prof. Dr. Carreira’s group reviewed the reactions proposed as additions to the app’s database, assessing their relevance checking the accuracy of the described mechanisms, and examining the associated examples excerpted from the Reaxys database, including original literature references. Coordinated by fourth-year PhD student Alberto Kravina, each team member reviewed 20 to 30 reactions in an impressive group effort that turned out to be enjoyable, too.

Second-year PhD student Simon Rössler describes working on the app as “fascinating,” and Kravina and fellow fourth-year PhD student Johannes Boshkow said it was fun getting into the details. In Kravina’s words, “Some of the reactions have been intriguing puzzles.”

Those same students are keen to explain the broader value of the product. Kravina describes it as “a big, portable, reliable database of named reactions that presents everything I need to know in a concise manner.” Boshkow talks about using it in group meetings to resolve difficult discussions, praising its effectiveness:

You can’t use Google to find an advanced named reaction and hope to get the actual answer you need. Unless it’s a really common reaction, you’d never be sure you got the right information.

It defines terms in a way that everyone can understand. When a younger chemist joins a project, it gives us a way to show them exactly what we mean when we use the name.

The students’ perspective ensured that the content and functionality remained relevant to the app’s main users. This user-centricity continues with the “live” app. Reports of the rare errors that slip through – and recommendations for new content – are taken very seriously by the development team to ensure that the app never falls short of expectations.

ReactionFlash is designed to take advantage of smartphone features like zooming in on images and swiping through steps of a named reaction. It functions as a flash card-based learning game and a list-based reference tool. 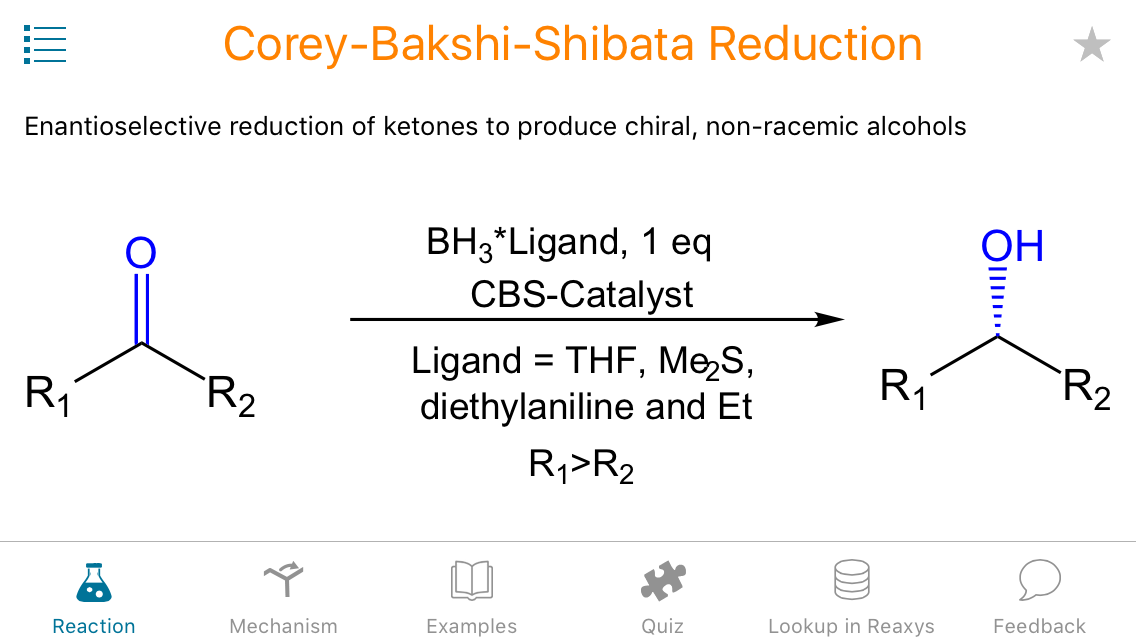 The app works offline, so students and researchers can use it wherever they are. Adrian describes having studied during walks in the forest as an undergrad, saying it was great to be “released from the library.”

The app’s connection to the Reaxys database enables users with access rights to the Reaxys system to retrieve examples of the reaction from the literature, including the latest publications, even if the author did not use the reactions name. This feature was added based on discussions with Prof. Dr. Carreira regarding educational value. Project lead Dr. Pieder Caduff of RELX Intellectual Properties SA explains that “providing concrete examples of named reactions helps in the understanding and memorization of those reactions and allows rapid identification of the scope and limitation of such reactions.” 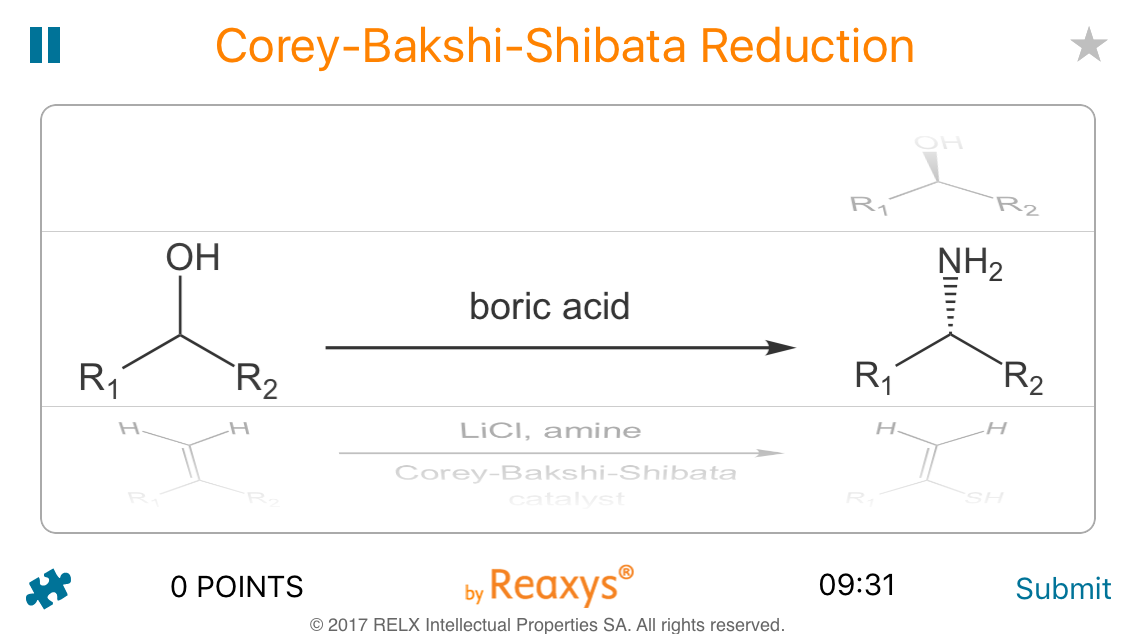 ReactionFlash is entirely free: there are no in-app purchases, there is no advertising, and there is no fee. This large database of verified information is provided to students to help them and to further the cause of teaching and inspiring chemistry.

And that, as Bailey explains, is what keeps ETH graduate students coming back to work on ReactionFlash:

It’s been awesome to be part of developing a free educational tool that helps people all over the world to get better at synthetic organic chemistry. That’s something to be proud of.

ReactionFlash stands as an ingenious idea co-developed by students, educators and corporate developers using technology to its fullest. There are surely more opportunities like this to develop other apps and tools that could support education, facilitate communication and further scientific endeavours. Hopefully all such ideas can find the same dedicated and passionate teams to work on them. The key for success is to listen and be responsive to users. 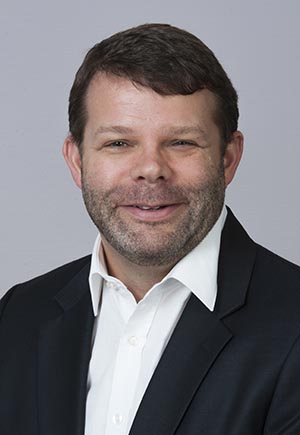 Dr. David Evans, Scientific Affairs Director for RELX Intellectual Properties SA, has led Reaxys Inspiring Chemistry efforts since the program's inception in 2009. He has been with RELX Group (Elsevier's parent company) in a variety of roles for over 16 years, including journals and books publishing and software product management. He is also board member and the current Chairman of the InChI Trust, a charitable organization founded to support the development of the InChI – the international chemical identifier. David has a BSc and PhD in Chemistry from the University of Bath in the UK.