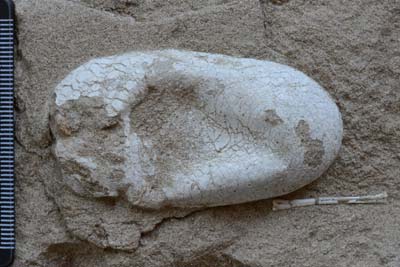 Researchers have discovered the first three-dimensionally preserved pterosaur eggs in China. The eggs were found among dozens, if not hundreds, of pterosaur fossils, representing a new genus and species (Hamipterus tianshanensis). The discovery, described today in the Cell Press journal Current Biology, reveals that the pterosaurs — flying reptiles with wingspans ranging from 25 cm to 12 meters — lived together in gregarious colonies.

Dr. Xiaolin Wang of the Chinese Academy of Sciences' Institute of Vertebrate Paleontology and Paleoanthropology said it was most exciting to find many male and female pterosaurs and their eggs preserved together. "Five eggs are three-dimensionally preserved, and some are really complete," he explained.

The fossil record of the pterosaurs has generally been poor, with little information about their populations, the researchers say. Prior to this latest find, only four isolated and flattened pterosaur eggs were known to science.

The resting place of the pterosaurs now described was first uncovered in 2005 in the Turpan-Hami Basin, south of the Tian Shan Mountains in Xinjiang, northwestern China. The fossil-rich area may harbor thousands of bones, including three-dimensional male and female skulls and the first three-dimensional eggs. Wang says that sediments in the area suggest that the pterosaurs died in a large storm about 120 million years ago in the Early Cretaceous period.[divider] 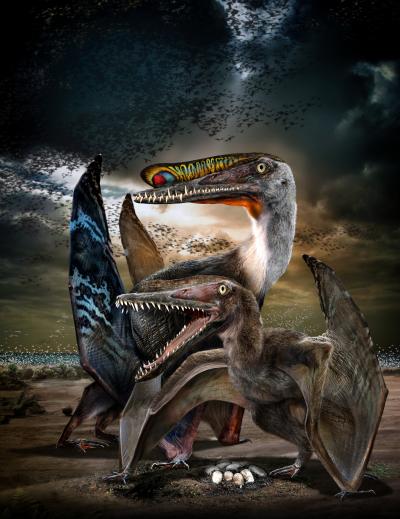 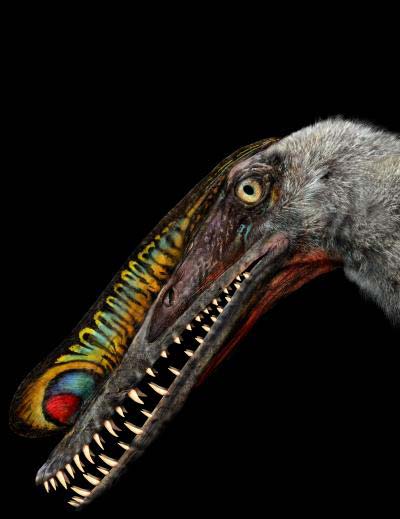 [divider]The researchers examined the largely intact pterosaur egg specimens to find that they were pliable, with a thin, calcareous eggshell outside and a soft, thick membrane inside, similar to the eggs of some modern-day snakes. The researchers' observations of 40 male and female individuals suggest differences between the sexes in the size, shape, and robustness of their head crests.

The combination of many pterosaurs and eggs strongly indicates the presence of a nesting site nearby and indicates that this species developed gregarious behavior, the researchers say. Hamipterus most likely buried their eggs in sand along the shore of an ancient lake to prevent them from drying out. While the new fossils shed light on the reproductive strategy, development, and behavior of pterosaurs, there is still plenty left to learn about them.

"Sites like the one reported here provide further evidence regarding the behavior and biology of this amazing group of flying reptiles that has no parallel in modern time," the researchers write.