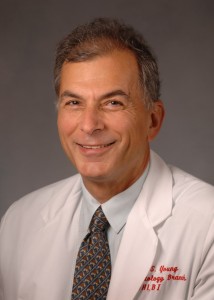 Dr. Neal S. Young was haunted by his first brush with aplastic anemia, a disease that suddenly shuts down the body’s bone marrow, preventing it from producing blood.

The disease strikes the young and the healthy, and back in the 1970s when Young encountered it, science had no clue why. Patients often died within months, Young said.

“I have very vivid memories of going to funerals. It was heart breaking,” said Young, now chief of the Hematology Branch of the National Institutes of Health’s (NIH) Heart, Lung, and Blood Institute (NHLBI).

Those images, and a desire to focus his career on difficult-to-treat diseases, started Young on a research path that led him to be named a winner of a Samuel J. Heyman Service to America Award last month.  Known the Sammie, the award honors federal employees for outstanding service in the fields of health and safety.

For the last 10 years, Young also has served as the US editor of Seminars in Hematology, a journal published by Elsevier.

As a young NIH researcher in the 1970s, Young thought the focus on difficult-to-treat diseases made sense as a practical career strategy, as well.

“Taking care of patients with an untreatable fatal disease made referrals easier. Physicians were happy to send their patients to Bethesda,” said Young referring to NIH’s base in  Maryland. 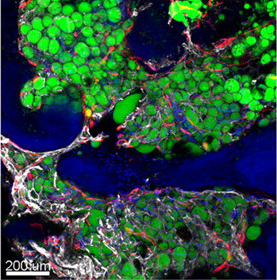 And a sufficient number of patients was essential to adequate clinical trials involving a disease as rare as aplastic anemia. It strikes from 600 to 900 people in the U.S. and several thousand around the world annually. Also, the patients willingly provided blood and bone marrow samples for laboratory research that help clarify the mechanism of stem-cell destruction.

Young already had an interest in auto-immune diseases, conditions in which the body’s defense mechanism turns on healthy tissue. Initially he tried several ways to tamp down the immune response, but without success.

Then he read of a study in Europe using an immune-suppressing drug known as ATG, antibodies produced after human lymphocytes are injected into a horse. Though the initial studies were small and viewed skeptically in the U.S., Young thought they had merit.

“We treated a few patients and they started to respond. It was amazing,” said the native of Queens, New York.

The first study involved 150 patients, more than half receiving ATG.

The cure rate grew to 70 percent, Young said, after the treatment was expanded to include cyclosporine, an immunosuppressive drug best known for its use to prevent rejection of transplant organs. It’s gratifying now, Young said, to have patients from 20 years ago visit him with families of their own.

In time, Young moved on to other diseases related to bone-marrow failure. He discovered that one form of anemia was caused by a contagious virus known as parvovirus B19. His research has pinned down methods to diagnose and treat the disease and he is working to develop a vaccine. 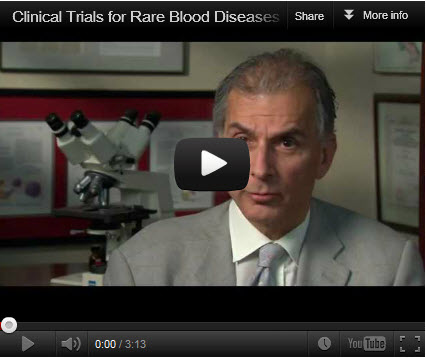 Young is also working on diseases related to the telomere, a portion of the DNA that protects that genetic material similar to how plastic coatings at the ends of shoelaces prevent them from unravelling.

Several conditions, some lung fibrosis and cirrhosis of the liver cases, are linked to accelerated erosion of telomeres and a failure of the cell to repair them, and more diseases are suspected.

Even with his passion for research, Young values his role in communicating medical research through a medical journal. It’s an important part of the process of educating  physicians and medical students, he said. Plus, Young added, it’s a way to augment his federal-employee salary.

Talking about his research success, Young was quick to credit the work of the European researchers and others who put him on the right track in treating aplastic anemia.

“That’s how science works. It builds on something else. I didn’t wake up one day and say let’s try ATG,” he said.

Len Maniace is an Executive Editor for Global Internal Communications at Elsevier. He worked 32 years as a journalist, mostly with Gannett in New York (The Journal News), reporting on science, medicine, environment, health-policy and government, as well as serving as assistant city editor. He later covered breaking news in New York City for the New York Post. Outside of work, he leads an environmental sustainability program for a volunteer, nonprofit group in his New York City neighborhood of Jackson Heights, Queens. He is married and has two sons.[/note]