Increasing oxygen delivery to muscles can help athletes perform better and give them the edge needed to win elite competitions. One of the best ways to increase oxygen supply is through blood manipulation — undergoing a blood transfusion that provides extra red blood cells and boosts oxygen levels. These blood transfusions, popularly known as “blood doping,” are illegal for professional athletes. While some transfusions and stimulants are identifiable with current testing methods, autologous blood transfusion (ABT) is not. A new report in Transfusion Medicine Reviews looks at novel biomarkers to identify potential new testing protocols for ABT.

Athletes are on a constant quest to maintain a peak level of performance, but in order to preserve a level playing field, many enhancements have been banned. One of these banned practices is blood doping, which artificially increases oxygen delivery to the muscles allowing athletes to increase their endurance. Certain blood manipulation methods, such as administration of recombinant human erythropoietin (rHuEPO) and allogeneic blood transfusion, are currently tracked through a longitudinal profile called the athlete biological passport (ABP); however, there is not yet a test available for ABT, which is reinfusion of the athlete’s own blood or red cell concentrates.

This new review looks at the latest methods available for detecting ABT and suggests that combining several different methods may offer a comprehensive solution for identifying cheating athletes. New markers suggested include total mass of hemoglobin, altered expression of genes related to red blood cell metabolism, ironomics, markers of the blood storage lesion, and the presence of plasticizers from blood bags in athlete urine samples.

“Although the introduction of the ABP was a breakthrough toward the detection of blood transfusion and blood doping, the transition to microdose regimens of rHuEPO and blood transfusion has raised questions concerning the efficiency of the hematological module,” explained lead investigator Dr. Nicolas Leuenbergerf of the Swiss Laboratory for Doping Analyses, University Center of Legal Medicine at the University of Lausanne in Switzerland. “This analytical tool must thus be continuously refined and correlated with the introduction of new markers.”

The review states that hematological markers such as total mass of hemoglobin appear to be a sensitive indicator of blood transfusion. Hemoglobin mass offers a detection window as long as 15 days after the initial transfusion, but testing requires athletes to undergo an uncomfortable carbon monoxide rebreathing test, which requires participants to inhale toxic CO, something that can reduce exercise capacity. “Furthermore, the CO rebreathing method requires athletes to fully cooperate, which is unlikely in cheating athletes,” said Dr. Leuenberger. “Therefore, research is focused on indirect modeling of hemoglobin mass from indirect markers.”

Next, the authors noted that studies have shown that blood doping influences the production of young red blood cells, altering their genetic expression. Being able to detect changes in genes is important because athletes often combine transfusions with injections of rHuEPO to limit fluctuations of classic hematological biomarkers. Examining the changes to genes can offer an additional criterion that is sensitive to even small variations and the observed changes were detectable up to three days posttransfusion.

Iron as an indicator

Investigators have looked at iron as another potential indicator of blood doping. Several iron-related factors may help identify ABT, including transferrin, the protein involved in the transport of iron in circulation; hepcidin, a hepatic peptide that regulates the availability of iron; and erythroferrone, a recently discovered protein related to iron metabolism. “Because all of these players in iron metabolism demonstrate high interindividual variation, individual follow-up of these variables in an ‘ironomics-based’ approach appears to be an appropriate strategy in detecting blood manipulation,” stated Dr. Leuenberger. “Confounding factors such as high-altitude training, physical exercise, or iron injections on the measurement of iron parameters should be explored. Differences in iron metabolism between men and women should also be well defined before any potential implementation of an ironomic passport.”

Finally, the review identifies two blood storage-related biomarkers: storage lesions and the presence of plasticizers from blood bags in the urine matrix. Keeping blood for prolonged periods of time leads to a series of biochemical and biomechanical changes in red blood cells called storage lesions. Investigators assert that these changes can be tracked via proteomics by studying changes of the protein level during storage.

Another indicator that an athlete has recently been given previously stored blood is the presence of plasticizers in the urine. Plasticizers and other softening agents used to make blood bags can leech into the blood while it’s being stored and then show up in urine samples after that blood is given to an athlete. Because these plasticizers also appear in other common products, the review notes it’s important to use the passport method to establish an average amount for individual athletes. Then, urine tests can look for elevated levels in relation to previously established baselines.

Being able to identify athletes who use ABT to try to gain an illegitimate advantage is important to keeping competitions fair. With these new biomarkers, agencies like the World Anti-Doping Agency may be better able to identify cheaters, leveling the playing field for all.

Different biological sources such as urine, plasma, or whole blood will provide complementary data and increase the specificity and the discriminative performance of the athlete biological passport. The combination of longitudinal biomarkers improves diagnostic accuracy compared with use of a single marker and provides a powerful tool in personalized medicine. Combining short-term and long-term biomarkers would thus improve the general detection window and allow the identification of the biological fingerprint of blood transfusion and blood doping in general.

This article is freely available until October 15, 2016:

Transfusion Medicine Reviews provides an international forum for the publication of peer-reviewed scholarly work devoted to the various sub-disciplines that comprise transfusion medicine, including hemostasis and thrombosis and cellular therapies. The scope of the journal encompasses basic science, practical aspects, laboratory developments, clinical indications and adverse effects. The journal is published by Elsevier. 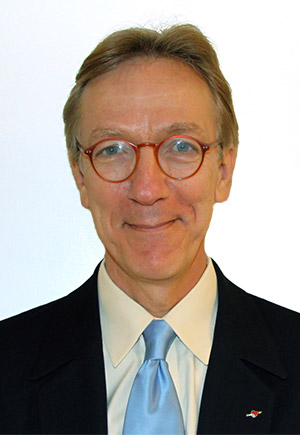 Dr. Walter “Sunny” Dzik is Editor of Transfusion Medicine Reviews, Associate Professor of Pathology at Harvard Medical School and Co-Director of the Blood Transfusion Service in the Department of Pathology and Medicine at Massachusetts General Hospital. He has more than 25 years of clinical care experience in transfusion practice and hematology. His clinical interests are in transfusion medicine, hemostasis, and non-cancer hematology. In addition, he is devoted to mentoring the next generation of leaders in academic transfusion medicine. He recently collaborated with investigators in Canada and Uganda to study the effect of transfusion in profound anemia among children with malaria.

Rachel Garland is the Publisher for Elsevier’s Hematology portfolio and also works on several Oncology and Geriatrics journals. She has over 13 years of experience in STM publishing. She is based in Oxford, UK.