Every year on the anniversary of the fall of the Berlin Wall, leading researchers present their breakthroughs along with young innovators and science-based start-ups

The Falling Walls Conference was initiated in 2009 to celebrate the 20th anniversary of the fall of the Berlin Wall. Inspired by this world-changing event, the founders sought to not only commemorate this peaceful revolution but turn towards the future and answer the question: which walls will fall next in science and society?

To answer this question, the Falling Walls Foundation invites 20 world-class researchers from various disciplines to come to Berlin on November 9 and present the breakthroughs they are working on. But this is just the beginning. 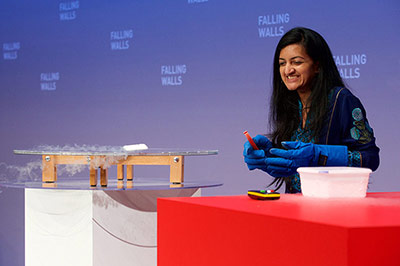 Falling Walls itself breaks the walls of a traditional conference: The speakers have only 15 minutes for their talks, and they are encouraged to make their messages comprehensible to a broad audience without oversimplifying. The focus is on cutting-edge research. Details are of particular importance: there are no conference maps and no noise by paper shuffling – all eyes and ears are on science.

Even the food served at the conference follows a scientific concept. In 2014, the conference lunch was using only seasonal and regional products, delivered from within a radius of 100 kilometres and aimed at a maximally reduced energy usage. The year before, the meals created were based on four of the world’s key cereals and inspired by one of the speakers’ research on drought-tolerant crops.

By streaming the entire conference live all over the world and publishing an HD video and transcript of every single lecture on the Falling Walls website, the conference and its results are accessible for as broad an audience as possible. As a result, the public – online or onsite – gets an overview of the current state of research, from neuroscience to quantum physics to democracy studies, and the opportunity to discover what impact scientific research could have on their own field of work.

The audience is as diverse as the topics presented: 700 international decision makers from politics, business, science, media and culture come together in Berlin.

In addition to the main conference on November 9, Falling Walls has developed an expanded programme taking place on November 8 and 10:

Falling Walls is supported by a network of partners, including the German Federal Ministry of Education and Research, the Helmholtz Association, the Robert Bosch Stiftung, and other academic institutions, foundations, companies, non-governmental organisations and individuals. Elsevier is one of its corporate partners.

The Falling Walls Lab is a platform for young researchers, entrepreneurs and scholars. Universities can host Falling Walls Labs, where these innovators present their ideas to meet the world’s challenges. Those selected for the Finale in Berlin have exactly 3 minutes each to present their project to the jury and their 100 peers and convince them of its impact and relevance. The three winners are named Falling Walls Young Innovator of the Year and get the chance to speak at the main Conference on November 9.

Last year’s winning ideas included a glove for deaf-blind people, through which they can interact with anyone at any time; a technology that can filter salts out of the water and subsequently sell them on to make the investment pays for itself, and a new needle-free treatment for type 1 diabetes.

A journalist’s view of Falling Walls

One of the winners of last year’s Falling Walls Science Fellowship for Journalists was Srinath Perur (@sperur) of Bangalore, India, author of If it’s Monday, it Must be Madurai (Penguin Books India). Here he writes about his Falling Walls experience last year: 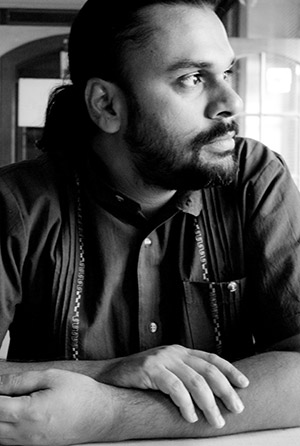 The conference format is a particularly interesting one. Leading researchers and practitioners from diverse areas — astronomy, neuroscience, physics, archaeology, journalism, medicine, mathematics and many more — all speaking about the next walls to fall in their fields. The talks were accessible, stimulating, fun, educative. It was wonderful also to have more informal access to each speaker after their sessions. (Using tunable headsets to have smaller groups interacting in the common area was a very nice touch). After all, how often does one get the chance to have a question answered by a Nobel laureate?

All of that was within the realm of what I expected before attending the conference — I knew that every speaker was a leading light in his or her field. What took me a little by surprise was the cumulative effect of hearing these speakers one after the other for the length of an entire day. These were individuals who in their research are chipping away brilliantly where their curiosity or competence allows them to. But taken together they said something about how the larger human endeavour of science works. For instance, I suppose we all know that advances in one area — say quantum mechanics — lead to developments in another — say microelectronics — resulting in increased computing power that might be applied to identify protein structure in a cell, or to problems of mapping the universe, or just new games that amuse people with smart phones. But to hear in succession how each of those researchers is working on their problems made the interconnectedness more real: frontiers of knowledge are advanced by many hands working together. A large wall falls when many shoulders apply themselves across its length. A day at Falling Walls is testament to this.

As someone who writes about science with a view to synthesis, I think I can safely say that I came away with many ideas. The previous day I had heard nearly a hundred young researchers from different parts of the world give three-minute summaries of their work. It's an interesting complement to the talks in the main conference. Some of the work here was tentative or at an early stage. But it was fascinating to get a sense of the problems deemed important in different parts of the world and how researchers are tackling them.

I had a wonderful time outside the main events too: the interactions with scientists, students, science journalists. I'm hoping to attend the conference in coming years as well. 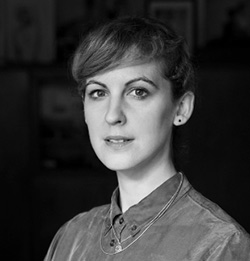 Lucie Menz is head of press and communications for the Berlin-based Falling Walls Foundation, an international platform for leaders from the worlds of science, business, politics, the arts and society. She holds a master’s degree in International Relations from the Graduate Institute of International Studies (HEI) and a LL.M. in International Humanitarian Law from the International Academy of Humanitarian Law (CUDIH) in Geneva. Before joining the Falling Walls Foundation, she worked for a communications agency, where she managed various projects for large cultural and political institutions such as DIE ZEIT, the Leo Baeck Institute New York and Human Rights Watch.