Are we celebrating the 20th or 100th anniversary of exoplanet discoveries?

During the research for his review article in New Astronomy Reviews1, Dr. Jay Farihi of the Astrophysics faculty at University College London came across an almost 100-year-old photographic plate spectrum indicating that evidence of extrasolar planetary systems had been observed much earlier than currently assumed.  These interesting and insightful archival spectrum plate images were made public for the first time in conjunction with Carnegie Observatories, who maintains the Mt. Wilson archives.

Here, Dr. Farihi and José Stoop, Publisher for Radiation and Space at Elsevier, write about how he came to this conclusion, and what it means for our understanding of exoplanetary research. 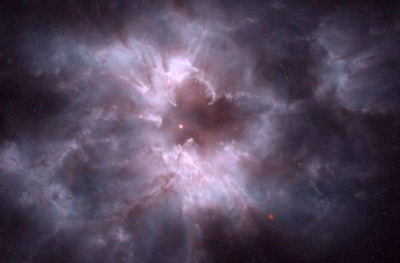 Research on extrasolar planets, or exoplanets (planets orbiting a star other than the sun), has become one of the hottest research areas in recent decades. Since their first discovery, astronomers have detected over 2,000 exoplanets. It is perhaps paradoxical that the existence of these systems is now both amazing yet mundane, as several ground- and space-based observatories are providing new detections on a daily basis. The Kepler space observatory alone – launched in March 2009 – has detected several thousands of them and continues to do so as K2, a slimmer version of the observatory.

The first exoplanets were confirmed in 19922, and these were found orbiting an exotic type of star known as a pulsar – a tiny remnant of a supernova explosion. The three small and rocky worlds apparently orbiting this pulsar did really not fit with conventional ideas of planetary systems back then, but they did nicely show how nature is full of surprises.

It was just over 20 years ago that Mayor and Queloz3 actually detected in 1995 the first exoplanet orbiting a Sun-like star, and the discoveries have sky-rocketed since.  Many of the exoplanet discoveries so far are giant planets similar in size to our own Jupiter, but recently astronomers have uncovered many smaller worlds that appear to be dense and rocky.

It now appears there is a much earlier date for the detection of planetary systems around other stars; all the way back in 1917, so nearly a century ago.

Back in 1917, the Dutch-American astronomer Adriaan van Maanen discovered what was later to be called “van Maanen’s star,” which is the third closest white dwarf to the sun. In those days, astronomical surveys were done using photographic plates, the predecessor of photographic film. Many of these plates have been preserved and — as well as being an invaluable historical archive — still contain a wealth of information. For example, the Harvard’s Smithsonian Astrophysical Observatory is maintaining the “Harvard College Observatory Plate Stacks,” a collection of over 500,000 glass photographic plates.

The photographic plate spectrum that was taken of van Maanen’s star upon its discovery in 1917 revealed the presence of elements heavier than helium, such as calcium. This is indicated by the strong absorption (the “missing pieces”) in the narrow spectrum shown in Figure 1. What is currently known about white dwarfs is that such heavy elements should sink below the photosphere of the star, leaving only hydrogen and helium to be visible in the spectrum. Hence these elements should not have shown up on the plate spectrum!

It is also striking that the observer in 1917 has handwritten “F0” on the plate sleeve (Figure 2), meaning he had given the star a stellar classification similar to that of the sun (which can indeed contain these heavier elements) and not a classification fitting a white dwarf.

The surprising presence of heavy elements in some white dwarfs has become well understood in recent years. Vast rings of rocky planetary debris are seen in these systems via infrared light, and some of this material deposits itself onto the stellar surface.  The composition of this material is revealed to astronomers via spectral absorption features in the white dwarf – like those seen in van Maanen's star – which confirm its planetary nature.

Thus, while it is only with hindsight, the 1917 detection of calcium in van Maanen's star can be identified as the earliest observational evidence for planetary systems beyond the sun.This means we can celebrate the 100th anniversary of exoplanet discovery next year – and not in 2095 as one may had planned for!

White dwarfs will likely reveal much more fascinating information in the coming years, and it will just a matter of time before these exoplanets around white dwarfs will be physically detected.

Even the public can play an important role here. The plate stack collection at Harvard’s Smithsonian Astrophysical Observatory, for example, started a citizen science project in 2014, enabling the public to help “make new discoveries while preserving the past.” Who knows what other discoveries will be found to have been preceded by observations from the past?

Elsevier has made this article freely available until June 30, 2016: 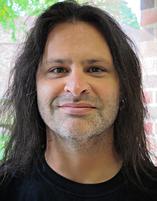 Dr. Jay Farihi is a member of the Astrophysics faculty at University College London, and holds a prestigious Ernest Rutherford Fellowship from the UK Science and Technology Facilities Council. His main research interests are disks, planets, and asteroids in evolved stellar systems; formation and evolution of low-mass stellar/substellar companions; and ultracool white dwarf atmospheres and galactic age constraints.

José Stoop is the Publisher of Elsevier’s Radiation and Space portfolio, which includes the journals Radiation Measurements, Applied Radiation and Isotopes and the society journal Advances in Space Research. She studied organizational and clinical psychology at the University of Amsterdam. After a few years working as a research assistant at a national and longitudinal study about depression and anxiety, she commenced a PhD track but realized this was not her path. Soon after, she started at Elsevier, which she says provided her with “just the right balance of working with academia in a large and international company.” At Elsevier, José Stoop has been working since 2008 as Publishing Editor, Associate Publisher and currently as Publisher.