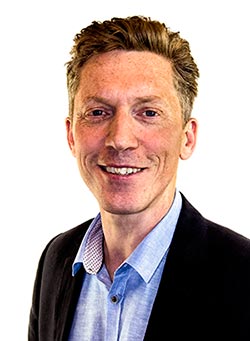 In May, the European Court of Justice sent shockwaves through the technology sector with its ruling that a businessman could legally require search engines to remove links to newspaper articles about historic bankruptcy proceedings. This issue has become known as "The Right to Be Forgotten."

On October 23, Mendeley is sponsoring a debate at the Cambridge Union on this topic. European technology companies are uniquely placed to contribute to this debate, understanding both European sensitivities around data privacy, as well as the enormous technical questions the ruling raises. Elsevier VP of Web Analytics Dr. Gabriel Hughes will take part in the debate to explain why he believes this ruling is deeply flawed. He will argue that there has to be a better way to balance the very serious concerns of EU privacy officials and individuals on one side and the objections of journalists and technology firms affected by this ruling on the other.

Here, Dr. Hughes shares his personal position on this issue.

European data protection legislation needs to be updated. When the EU Data Protection Directive was drafted back in 1990, only 1 percent of Europe's citizens were online, and Facebook founder Mark Zuckerburg was just 11 years old. The world of 2014 is a very different place, and the amount of private information most of us have stored on remote networks of servers owned by governments and private companies is truly immense.

To watch the debate 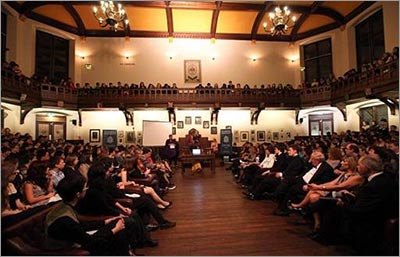 The event: Cambridge Union Society debates "The Right To Be Forgotten," sponsored by Mendeley

Llivestream link: Will be posted at Cambridge Union Society Debates

In May, ongoing disputes between the European Union (EU) and Google reached a new height when the European Court of Justice ruled that a Spanish businessman could legally requiresearch engines to remove links to newspaper articles about historic bankruptcy proceedings. This newly discovered "right to be forgotten" extends to all EU citizens. Many commentators see this as a threat to freedom of speech and as a form of censorship that threatens the right of citizens to access truthful, factual data. while Google has been struggling to accommodate a flood of requests to be "forgotten."

The ruling has controversial implications. Many ask why technology companies should be the judge of whether there is public interest in keeping information accessible. Should the question of access include consideration of the intended use? What is the impact on others if the information is no longer available? Are tech companies really the ones who can make this difficult judgement? There is also concern that the law cannot be made to work in practice since even some small Internet companies now process data on a huge scale with no human intervention, while people everywhere upload and share billions of new items of personal data every day at an increasing rate.

Within this debate, European technology firms have a unique perspective. In the US, freedom of speech is enshrined in the First Amendment, and there will always be objections to any legal powers that try to restrict access to public information. In Europe however, we have had a different historical perspective.

Technology companies like Mendeley, which started up in Germany and is now based in London, are staffed by people who are exposed to heightened public anxiety about data protection. Evidence of state snooping has caused widespread anger. Our history tells us that our personal information can be used against us. Europeans tend to demand strong protections against the misuse of data.

Unfortunately, this new ruling does not provide this protection. The critical flaw is the attempt to fix access to information by attacking external navigation to the data rather than addressing the availability of the underlying published data. Specifically, the European Court ruling in May (Google Inc. vs. The Spanish Data Protection Agency) ensured that Spanish businessman Mario Costeja Gonzalez was able to demand that search engines remove links to newspaper sites containing information about his prior bankruptcy proceedings, but did not require the sites themselves to remove the information.

It's like trying to prevent people from entering a dangerous building site by removing it from all maps, while leaving the actual site untouched and wide open for anyone to walk in. Some have compared it to removing the index cards from a library to prevent visitors from reading certain books. Put this way, it becomes clear why many see this ruling as absurd.

The way we navigate the web is constantly evolving. In the 1990s we had the hypertext link, the magical connective tissue that made possible the Web, which we now take for granted. Then, search became the dominant navigational paradigm, with automatic lists of links served in response to queries. It is a mark of how poorly understood the Internet is by EU lawmakers that they target search engines while failing to recognize that today, the dominant paradigm for navigation is not search at all but social. People navigate to new content today through links shared by friends and bloggers, and tend to use search just for shopping or finding basic information.

How long before new social feeds appear, providing new links to the latest celebrity search (links which have disappeared thanks to this new ruling), bypassing the restrictions entirely? Navigation via links, search and social are the enabling technologies of internet, part of its very fabric, and the way we use them continues to evolve. Internet access cannot be controlled on a link-by-link basis by lawyers. The latest new ruling offends technologists who understand this and believe in the innovative power of the web and huge benefits it brings to society.

Allowing the Internet to continue to grow has to go hand-in-hand with technology companies and publishers taking their share of responsibility for the quality and integrity of their content, including reasonable protections for personal data. What is really needed is a new negotiated consensus between the major technology companies, publishers and the EU, designed to address personal data protection and privacy long into the future, including clarity on the difference between data about a person that may be made public and private data that can only be made public with the individual's consent.

Ordinary users need greater negotiating power online and stronger prohibitions against misuse of their private data. The public and publishers need protections against unprincipled requests to purge from public knowledge information about persons and past events, including both journalistic reports and publicly released government documents of events made public under the law. We should work towards building a strong foundation of trust and integrity between the public and the technology on which we all now rely. If we can achieve this, then Web technology can become part of the solution instead of being perceived as the source of the problem.

The argument against the "Right to be Forgotten" ruling

In the Cambridge Union debate, Elsevier VP of Analytics Dr. Gabriel Hughes will argue that the European Count of Justice's "Right to be Forgotten" ruling was mistaken in considering search engines as "data controllers" in law. He will suggest instead that they be regarded as "data processors" performing services on behalf of users and publishers:

"Publishers, editors and authors take responsibility for ensuring the integrity of the content they publish, whether through established processes of editorial and peer review, journalism or blogging. Technology companies that handle links and snippets allowing navigation to this content provide services that should be synchronized with publishers – and they should behave responsibly – but beyond that should have no role in censoring access to third-party sites.

This view that search engines should not be considered data controllers is not new; it was previously voiced by EU Advocate General Niilo Jääskinen in June 2013.

Dr. Gabriel Hughes (@gabehughes) joined Elsevier in April 2013 as VP Web Analytics, responsible for data driven development and informetrics. Prior to this Gabriel worked at Google for 6 years where as Head of Attribution he worked on digital marketing measurement and experimentation technologies which he was instrumental in developing. With over 14 years' experience in digital research solution development and data analysis, Gabriel is passionate about the application of research and analytics in business problem solving and decision-making. He has a PhD in applied economics from the University of London.