A medical student in Brooklyn, a medical resident in Ohio and two physicians, one on the West Coast and one on the East Coast, are the winners of the first-ever Harriet Lane Essay Contest, Elsevier announced today.

The essay competition was based on 500-word essay submissions that sought to explain advancements in pediatric care have taken place since The Harriet Lane Handbook was first published in 1953. 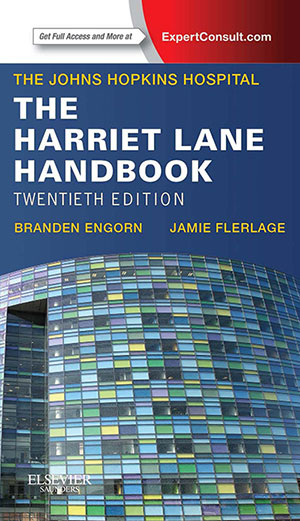 The Harriet Lane Handbook is unique among medical books. It’s the first medical reference book written “by residents, for residents” and reviewed by expert faculty at The Johns Hopkins Hospital. The winners were just announced at the American Academy of Pediatrics (AAP) Conference & Exhibition in Washington, DC. The AAP conference starts today (Saturday, Oct. 24) and runs through Tuesday, Oct. 27.

Contest winners were selected in three categories: Medical Student, Resident, and Fellows. Each will each receive a $1,000 grand prize.

The winners, by category, include:

Huang cites the development and increased administration of childhood immunizations as a major advancement in pediatric care. She also credits health information technology, which has made it easier for pediatricians to keep track of and share information such as immunizations, special visit notes and medications, with patients.

In her essay, she writes:

Health information technology has made it easier for pediatricians to keep track of immunizations, specialist visit notes, and medications, and to share that information with the patient through the internet. From the patient’s perspective, technology enables one to take control of his or her health. Parents, who previously looked to grandparents and relatives for advice on the care of their child, are increasingly obtaining health information online, in seconds.

Dr. Sandesara notes advances in the diagnosis and treatment of pediatric illnesses such as cystic fibrosis and states that “diagnoses which were death sentences are now managed well into adulthood.”

Explaining that pediatricians are now treating new types of patients due to the success of therapies not present in 1950, Dr. Cabana points out that pediatric patients are surviving cancer diagnoses, and hospitals are caring for extremely premature infants. At the same time, he notes the “dearth of routinely successful management options for obese children” in recent editions of The Harriet Lane Handbook,” adding that “hopefully, future editions of the Lane will chronicle a greater array of effective, evidence-based methods to treat pediatric obesity.” 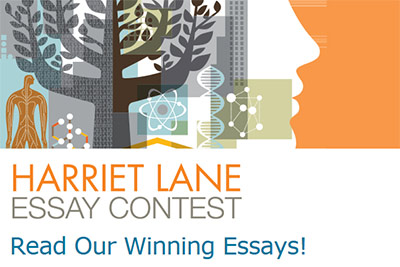 Dr. Phoon refers to The Harriet Lane Handbook as the first “point-of-care tool for the care of children.” In comparing the early editions to the most recent edition, he states that recent editions have reflected the growing complexity of pediatric care, and cites additions to the book that reflect this, such as: diagnostic and therapeutic algorithms; a nearly 400-page drug formulary that includes information such as routes of administration, dosing guidelines, metabolism and cautions on use and safety in pregnancy; and pediatric emergency medicine and critical care. He says the 20th edition includes chapters on biostatistics and evidence-based medicine, which “reflects their increasingly important roles in pediatric care,” while the Palliative Care chapter “augurs the work still ahead.”

To read the winning essays and other information on The Harriet Lane Essay Contest winners, visit the awards site.

Since the first edition published in 1950, medical students, residents, physicians, nurses and other clinicians have relied on the Handbook for fast, accurate information on pediatric diagnosis and treatment. For more information about The Harriet Lane Handbook and its history, see this announcement of its 20th edition and this story in Johns Hopkins Magazine.