Electricity instead of needles at the dentist?

Thinking about the dentist might give you cold sweats and raise your heart rate. For an estimated 5 percent to 8 percent of people in the US, sitting in the hotseat is such a terrifying idea that they won’t go at all.

Root canals, drilling and pulling teeth are all fear-inducing prospects: invasive and painful procedures that can leave patients with indelible bad memories. But equally scary are the injections the dentist gives you to numb the immediate pain.

To minimize patients’ discomfort from these procedures, dentists use anesthetics that block the pain, which are administered using needles. However, many patients are extremely afraid of these injections, prompting them to postpone and even cancel their visits.

For these patients, an additional step is needed: dentists first give them a topical painkiller to reduce the pain – and associated fear – caused by the needle. This can come in the form of a hydrogel, ointment or sprays; the most common are hydrogels that can contain lidocaine and prilocaine. 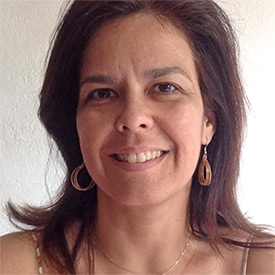 A new study published in Colloids and Surfaces B: Biointerfaces suggests that pre-numbing and needles might not be necessary soon; the research reveals how the dentist could give you anesthetic using a tiny electric current instead of a needle.

Dr. Renata Fonseca Vianna Lopez, one of the authors of the study and Associate Professor of Pharmaceutical Sciences at the University of São Paulo in Brazil, said the findings could improve dental procedures and bring relief to millions of people who are scared of needles. It would also save money and avoid contamination and infection, she explained:

Needle-free administration could save costs, improve patient compliance, facilitate application and decrease the risks of intoxication and contamination. This may facilitate access to more effective and safe dental treatments for thousands of people around the world. 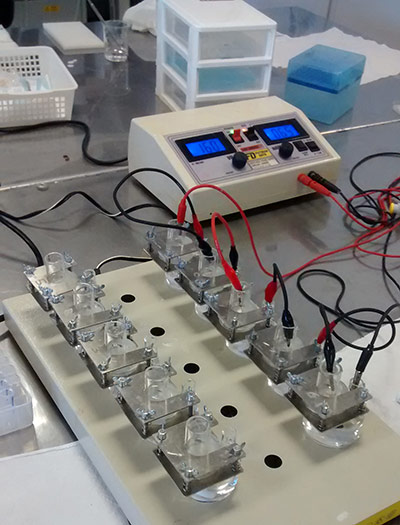 In the study, Dr. Lopez and her colleagues investigated a way of getting anesthetics into the body more effectively to see if they could replace needles altogether. They found that applying a tiny electric current – a process called iontophoresis – made the anesthetics more effective.

The anesthesia was fast-acting and long-lasting. The electric current made the prilocaine hydrochloride enter the body more effectively; the permeation of the anesthetic through the mouth lining increased 12-fold.

The researchers say the technology has applications not only in dentistry anesthesia, but also in other areas such as cancer treatment. Dr. Lopez commented:

Over the last few years, our research group has been working on the development of novel drug delivery systems for the treatment of several skin and eye diseases. The skin and eyes pose challenges for drug delivery, so we have focused on improving drug delivery in these organs using nanotechnology, iontophoresis and sonophoresis, which is permeation using sound waves.

The researchers now plan to develop an iontophoretic device to use specifically in the mouth and do some preclinical trials with the system. 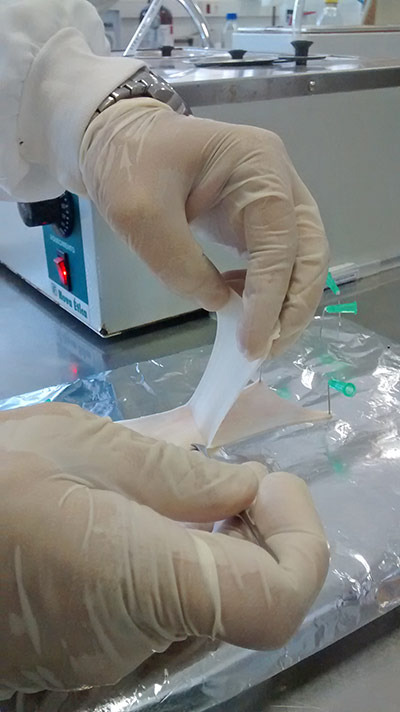 Taking needles out of the equation

Fear of needles – trypanophobia – doesn’t just stop people from going to the dentist, it also puts them off having life-saving vaccinations. An estimated 1 in 5 people suffer from trypanophobia and around 1 in 12 people say they don’t get vaccinations because of this fear.

In July 2014, researchers from Osaka University in Japan came up with a way to give people flu shots without using needles. Their dissolvable microneedle patch – called MicroHyala – is applied like a plaster. It’s covered in tiny needles that are made of hyaluronic acid, a naturally occurring substance that cushions the joints. These needles dissolve into the skin painlessly, taking the flu vaccine with them.

A fear of needles can be extremely challenging for diabetics who need to inject themselves with insulin regularly. Manufacturers came up with a device that shoots a high-powered jet of insulin into the skin using pressure instead of a needle. This reduces the pain and means it can be reused without the worry of needle contamination.

And blood tests can be the stuff of nightmares too; a device launched in April 2015 makes it possible to take blood samples big enough for several diagnostic tests without the need for a needle.

Needles might be unavoidable in some cases, but have no fear: researchers are working on making sure they don’t interfere with your well being.

Elsevier has made the following article freely available until 14 March 2016:

Dr. Renata Fonseca Vianna Lopez is an Associate Professor at the School of Pharmaceutical Sciences at Ribeirão Preto of University of Sao Paulo (FCFRP-USP) in Brazil, where she leads the research group “Drug delivery systems and strategies for topical administration,” focusing on the way drugs penetrate the skin and eyes. She has published 46 scientific papers, two books and four technological products. She is the coordinator of the Post-Graduation Program in Pharmaceutical Sciences at FCFRP-USP and a member of the Pharmaceutical Nanotechnology Network of the National Institute of Science, Technology and Pharmaceutical Innovation (CNPq) in Brazil.

Colloids and Surfaces B: Biointerfaces is an international journal devoted to fundamental and applied research on colloid and interfacial phenomena in relation to biological systems. It is particularly relevant to the medical, pharmaceutical, biotechnological, food and cosmetic fields. Topics covered in the journal include drug delivery and controlled release, biofilm formation, bio-imaging materials and the self-assembly of molecules.