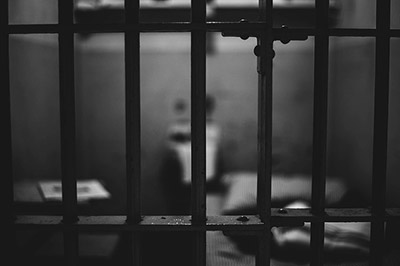 Serving time in prison can affect a person’s relationships and even their health after being released; these impacts have a knock-on effect on the community as a whole.

Research has revealed a connection between incarceration and risky sexual behavior, such as having more than one sexual partner at a time, or a greater number of sexual partners. Higher levels of incarceration in a community are also linked to higher rates of HIV infection.

But how does incarceration affect sexual behavior and the spread of sexually transmitted infections in a community?

New research involving computer simulations of communities suggests that reducing the number of men who go to prison could help curb the spread of HIV and other sexually transmitted infections in a community. The study, published in Social Science & Medicine, suggests that reducing incarceration in a community may also reduce the number of sexual partners men and women have, therefore reducing the spread of sexually transmitted infections. 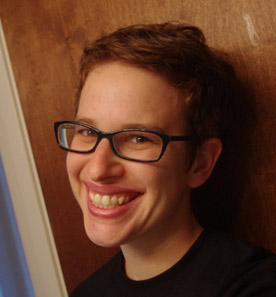 Men who have been to prison can experience major changes in their sexual behavior when they’re released. In a community, this can affect the way men and women interact sexually. Researchers at the University of Michigan developed a computer simulation that shows high rates of incarceration of men increase the number of sexual partners for both men and women in a community.

Lead author Dr. Andrea Knittel, now a resident physician in the Department of Obstetrics, Gynecology, and Reproductive Sciences at the University of California, San Francisco, explained the results:

The model shows that simply removing men and returning them to the community frequently can increase the number of sexual partners that both men and women have in the community. It supports the assertion that mass incarceration has complicated and far-reaching unintended consequences, and may have significant public health implications.

Modeling relationships in a community

Prisons are expensive and overcrowded; there is growing interest in decreasing incarceration to tackle these issues. But it can be challenging to carry out research that informs decisions around changing incarceration rates in the “real world.” Dr. Knittel believes computer simulations like the one in this study are a helpful way to model the effects of reducing incarceration at the community level. She said:

The methods are interesting and unique, and offer a digital petri dish in which experiments that would be impossible in the real world are absolutely doable. The results from computational models can never be applied thoughtlessly to the real world, but are thought-provoking and demonstrate what is possible.

In the new study, the team developed an agent-based model – a computer simulation that creates a small community in which 250 “agents” or simulated people can date and have sexual relationships.

They ran the simulation without incarceration to see how many sexual partners men and women in the community would have. They then ran it again with incarceration to see what would happen. They used data from other studies that show when men are incarcerated they have a slightly higher risk of ending a relationship and become slightly less desirable as partners.

In the simulation, incarceration increased the number of sexual partners for both the male and female agents. In addition, when the average sentence length was increased, the differences were more pronounced, suggesting that harsher or longer penalties might exacerbate the effect of incarceration.

The health impacts of incarceration

Changes in sexual behavior don’t just impact relationships, they also have knock-on implications for the health of the people in a community, as Dr. Knittel explained:

Our model showed that high levels of incarceration likely play a role in community-level sexual behavior, and are likely detrimental in terms of sexual risk for HIV and other STDs. The results suggest that reducing incarceration and creating a more open criminal justice system that supports the maintenance of inmates’ relationships to reduce instability of partnerships for men who are incarcerated may have important sexual health and public health implications.

Incarceration doesn’t affect only sexual health – and its health impacts aren’t always negative. Another new study shows going to prison also affects how much weight men gain later in life. In a study published in Preventive Medicine, researchers from Harvard School of Public Health analyzed the links between incarceration and weight gain using the National Survey of American Life, which involves 6082 adults.

In 563 men, incarceration was linked to lower weight gain during adulthood, taking into account age, education, income, ethnicity, marital status and the propensity of having a history of incarceration. The authors conclude:

“The results of this study indicate that incarceration is likely to have a complex relationship with health that may be mediated or modified by various life trajectories. While incarceration has an ostensibly positive relationship with health in this study (i.e., lower adult weight gain), it is likely to have broader, long-lasting influences on health across the life course, indirectly through dynamic social relationships and roles.”

Elsevier has made the following articles freely available until May 1, 2016:

Dr. Andrea Knittel is a third year resident in Obstetrics and Gynecology at the University of California, San Francisco, where she also sees patients in the jail and at a local sex worker clinic. She completed her MD and PhD degrees at the University of Michigan Medical School and School of Public Health. Her research focuses on the ways that involvement in the criminal justice system shape sexual networks and sexual decision making, with an emphasis on implications for risk for HIV and other STDs.

Social Science & Medicine provides an international and interdisciplinary forum for the dissemination of social science research on health. The journal publishes articles on health issues, to inform current research, policy and practice in all areas of common interest to social scientists, health practitioners, and policy makers. The journal publishes material relevant to any aspect of health from a wide range of social science disciplines (anthropology, economics, epidemiology, geography, policy, psychology, and sociology), and material relevant to the social sciences from any of the professions concerned with physical and mental health, health care, clinical practice, and health policy and organization.