Researchers say they value the personal networking opportunities of conferences

The ever-growing online possibilities of sharing scientific knowledge have not led to researchers turning their backs on “traditional” physical scientific conferences. On the contrary, feedback from attendees of Elsevier conferences suggests that researchers would even attend more conferences than they already do if they had the option.As one respondent to Elsevier’s Researcher Insight Index Survey said, “A big component of conferences is the personal networking. You don't get that online.”[caption id="attachment_27090" align="alignright" width="153"] 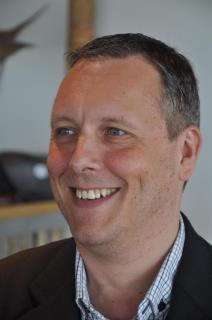 Nigel Clear[/caption]“I can vividly remember people predicting the end of the conferences business even 15 years ago,” said Nigel Clear, Commercial Director of STM Conferences at Elsevier. “Thanks to online solutions, a physical gathering of researchers to exchange knowledge would inevitably become redundant.

“I think that argument actually made sense back then,” he said, “especially from a travel expenses point of view. But halfway through 2013, the conferences business is very much alive and in our case even growing exponentially.”

“Of course I’d be the first person to claim that the high quality of our conferences is the secret to our success — and it is, to a certain extent,” Clear said. “What’s far more interesting, however, is the fact that even in this digital age, researchers still feel that physical conferences are essential.”He cited the Elsevier’s Researcher Insight Index Survey, a bi-annual anonymous survey that examines the drivers and influences on the communication of scholarly research.

In a 2012 survey, researchers said they valued the networking opportunities along with unique, high-quality content.

The survey also made clear that researchers value conferences as a key part of the scientific communication chain; 48 percent of respondents said they intended to release their research findings via a conference or poster session in the year ahead, making conferences the second most often used communication channel after subscription journals.

The value of personal interactions

Researchers’ strong interest in attending scientific conferences also came to the surface in an additional survey of more than 10,000 attendees of Elsevier conferences since 2010, which revealed that researchers would attend over 50 percent more conferences if they had the resources to do so.

Respondents were almost unanimous in explaining why:

The high demand for conferences by no means suggests that the online alternatives are on the decline. In Clear’s words: “Our company exists to help researchers disseminate and share their findings, which means we’ll use all available channels while investing in developing new ones. At a good conference the traditional format and innovation go hand in hand.”

Recent experiments with an online component to a physical event have been fruitful. In April, Elsevier ran an online version of the Algal Biofuels and Bioproducts conference, which enabled registrants to view the keynote presentations two weeks after the physical event. The event attracted 384 delegates, and the online edition a further 354, doubling the overall attendance.[note color="#f1f9fc" position="right" width=400 margin=10]

Find out about scientific and medical events and post your own on Elsevier’s Global Events List.[/note]

“Naturally this provides benefits to sponsors,” Clear said, “but based on feedback from our delegates over the past years we also expect the online version to be a ‘gateway’ to the physical event and the other way around: online delegates are likely to convert to physical event attendees.”

The interface between online products and real-world events is becoming a key feature of the conference world, and the increasing ubiquity of smart phones and tablets has allowed conference organizers to provide an enhanced experience for delegates.

The conference app is an example. Many conferences have mobile apps that enable delegates to view the conference program, discover speaker biographies, plan their day and even locate a specific exhibitor on the floor plan — all from the palm of their hand. At Elsevier’s recent Frontiers of Polymer Science conference, 561 out of 575 delegates downloaded and used the app, clearly demonstrating the appetite for innovative tools as a valuable addition to their conference experience.

Poster in My Pocket

A recent example of technology adding value to live conferences is Elsevier's Poster in my Pocket app. It enables conference attendees to download scientific posters they find interesting directly on their mobile devices. 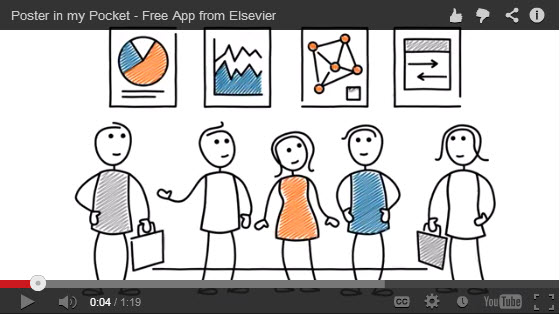 Harald Boersma (@hboersma) is Director of Global Corporate Relations at Elsevier, based in Amsterdam.
comments powered by Disqus