Can physics explain the deflation of NFL footballs (aka #DeflateGate)? 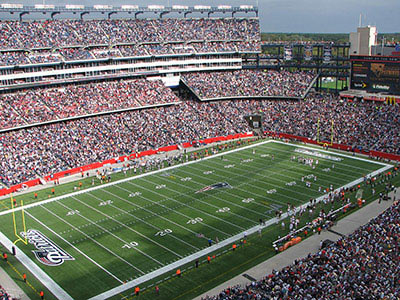 Ever since the New England Patriots trounced the Indianapolis Colts 45-7 in the NFL American Conference championship game January 7, the media has been deluged by comments about the ESPN report that 11 of the 12 footballs used by the Patriots during the first half were underinflated by 2 pounds per square inch (2psi).

With the Super Bowl rapidly approaching, there is now a crescendo of related activity and interest that anyone but US fans would have a hard time understanding (although others might like to think about irregularities in World Cup soccer).

Many comments about the ordeal – now dubbed "deflate-gate" – have addressed the possibility of whether this deflation could have been the result of natural causes, such as the particularly cold temperatures and rain during the game.

As a physicist, I will refrain from speculating about possible nefarious causes, but I do have some comments on whether the laws of physics have been properly applied to possibly explain the reported under-inflation.

What does the ideal gas law tell us?

The Internet contains many attempts, some half-baked and some learned, to answer the question of whether the drop in temperature from indoors before the game to outdoors during the game could possibly explain the reported pressure drop. These attempts are based on the simple ideal gas law, well known to even high school physics students. The law states that for an ideal gas in a container, the absolute pressure times the container volume is proportional to the number of gas molecules in the container times the absolute temperature. Once it is recognized that absolute pressure is equal to atmospheric pressure plus gauge pressure of the measuring device, and absolute temperature is 460 + degrees Fahrenheit (or 273 + degrees Centigrade), a simple calculation allows the pressure drop to be calculated, provided that the law is applicable and other quantities remain constant.

But there are a lot of possible uncontrolled variables.

First of all, air is a complex gas, mostly nitrogen and oxygen but also water vapor, carbon dioxide, and a host of other minor constituents. By looking up some data (fugacity, for the aficionado), one finds that about 50 atmospheres of pressure are required to have corrections of a few percent from ideality. So at the pressure of about two atmospheres under consideration, air behaves like an ideal gas to an excellent approximation. 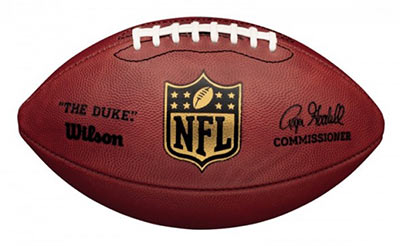 Assuming for now that the number of gas molecules remains unchanged (no leaks, natural or intentional), the other potential variable is the volume. If the volume is assumed to be constant and the initial temperature is 77 degrees F (25 degrees C), the initial pressure is between 12.5 and 13.5 psi (NFL standard) and the atmospheric pressure is 14.7 psi, there will be a drop in pressure of about 0.4 psi for every 9 degree F (5 degree C) drop in temperature. You can put in different starting numbers and perhaps get 0.3 or 0.5 psi, but that's not terribly important at this stage. If we go with 0.4 psi, then a field temperature of 41 F (5 C) would result in a pressure drop of about 1.6 psi. That's quite typical of other estimates I have seen on the Internet.

If the volume is not constant but contracts slightly, the pressure drop would not be as large, but that's unlikely to be a big effect. According to a January 21 New York Times article, Wilson Sporting Goods, a manufacturer of footballs used by the NFL, fills new footballs to 100 psi and then deflates them to 13 psi before distribution. From this we can infer that those footballs surely don't stretch to 10 times their size at 100 psi, so around 13 psi they must have considerable resilience to changes of volume. However, experiments on 12 footballs by Tom Healy, a Carnegie Mellon University mechanical engineering graduate student, showed that if the football leather is wet, the pressure drops by about another 0.7 psi in addition to the drop due to temperature drop from 75F to 50F. So apparently a wet football will expand.

We can conclude from this that properly using the simple ideal gas law is not so simple after all. Moreover, adding the effect of a wet football leads to a total drop in pressure of the order of 2 psi. If 11 of the 12 footballs had been initially inflated to the least NFL standard of 12.5 psi, atmospheric conditions alone could explain a drop to 10.5 psi observed during the game. If they had been initially inflated to the greatest NFL standard of 13.5 psi, atmospheric conditions alone could account of a drop in pressure to only 11.5 psi. That said, somebody must have been hugging the 12th football to keep it warm and dry, or else it was overinflated to begin with. According to a post Thursday by Michael Smith on NBC's Pro Football Talk, the officials did not actually log the pressures of the balls before the Patriots-Colts game.

So can atmospheric conditions alone explain mysterious deflation of NFL footballs? Yes, if the balls were initially inflated to the lowest NFL standard.

How else could we "monitor" footballs?

We can also conclude that measuring pressure alone is not a very reliable way to assess the condition of a football. Weighing the football is much less subject to uncontrollable variables, although there are some, such as the weight of absorbed water, gas or dirt. A much better procedure would be to weigh each football before each game and give it an identifying number. Then it could be weighed during a game to detect if there was any loss of air, possibly because of leaks through the bladder valve due to being kicked or crushed, or through some deliberate action. But carried to extremes, this could lead to a real circus. Just imagine frequent stops during the game for weighing. The TV stations would be delighted to insert more minutes of commercials and game times would stretch accordingly.

Of course this could all be alleviated if the referees had complete control of all footballs and assigned them randomly to both teams as play progresses. That would negate any advantages to a given team but is probably too sensible to adopt. One wonders, however, if any of this would make a significant difference compared to changes in game outcomes that result from the missed holding calls, improper spots of the ball after plays, imagined or ignored pass interference, missed calls on passes that are trapped against the ground, etc. After all it's only a game — where millions of dollars are at stake. 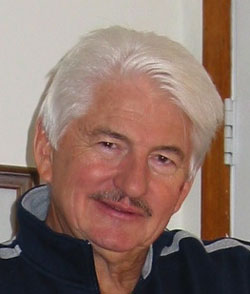 Dr. Robert F. Sekerka is University Professor Emeritus of Physics and Mathematics at Carnegie Mellon University in Pittsburgh, Pennsylvania. His many publications include original research articles in Physica A and the Journal of Crystal Growth, and chapters in the Handbook of Crystal Growth, 2nd Edition (Elsevier 2014) and 50 Years Progress in Crystal Growth (Elsevier 2015). He is also writing a book for Elsevier titled Thermal Physics: Thermodynamics and Statistical Mechanics for Scientists and Engineers, due out later this year. 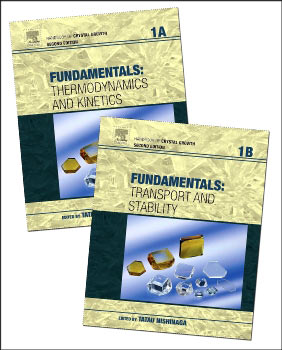 Professor Sekerka received his AM (1961) and PhD (1965) degrees in physics from Harvard University, where he was a Woodrow Wilson Fellow. His doctoral work concerned the theory of magnetic resonance and was directed by Nobel Laureate Dr. John Hasbrouck van Vleck.

From 1965-68, he worked as a Senior Scientist in the Department of Theoretical Physics, Westinghouse Research Laboratories, and from 1968-69 he managed their Department of Materials Growth and Properties. In 1969, he joined the faculty of Carnegie Mellon as Associate Professor of Metallurgy and Materials Science, and went on to serve as Professor, Department Head, Dean of the Mellon College of Science, and University Professor of Physics and Mathematics with a courtesy appointment in Materials Science and Engineering. He retired in 2011 but continues to do scientific research and writing. He is a fellow of the American Society for Metals, the American Physical Society and the Japanese Society for the Promotion of Science. Awards include the Phillip M. McKenna Award, the Frank Prize of the International Organization for Crystal Growth (IOCG) and the Bruce Chalmers Award of TMS.

Most of his research is interdisciplinary and is concerned with theoretical problems in materials science that lead to challenging problems in physics and mathematics. He is a consultant to the National Institute of Standards and Technology (NIST) and served for six years as President of IOGG. Read more about Dr. Sekerka and his publications.