Baby cured of HIV — what does it mean?

Since this story was published, HIV has been detected in this baby. This development has led scientists to reassess how they are treating babies born to HIV-infected mothers. Read more.

In the past week, there has been worldwide media coverage of a case presented at the CROI meeting in Atlanta of a baby born in Mississippi who was infected with HIV at birth but is now apparently free of the virus.

HIV can be treated with antiretroviral drugs, but treatment needs to be life-long, and examples of cure — elimination of the virus from the body— are almost unheard of. A cure for HIV is the holy grail of HIV research, as described in a Lancet Infectious Diseases review published online on March 5. So has the case of the cured baby moved us any closer to this objective?

Transmission of HIV from a pregnant infected mother to her baby is most likely to happen around the time of birth. The usual medical intervention is to give the mother antiretroviral therapy (ART) and the baby a short course of drugs after birth to prevent viral transmission. This approach makes HIV transmission from mother to baby almost entirely preventable — fewer than 200 cases per year in the United States and falling.

However, in the case of the Mississippi baby, the mother was not known to be infected until the time of birth, and tests done when the baby was 2 days old showed that it was HIV positive. Doctors decided to give the baby a full regimen of ART. By 29 days, no virus was detectable. Treatment continued for 18 months, at which point mother and baby were lost to follow, and the child stopped getting antiretrovirals.

Despite the lack of treatment, when the child was next seen by doctors at 2 years old, it remained free of functional HIV. The child is still off treatment and HIV negative. What seems to have happened is that the early drug hit on the virus stopped it getting to the CD4 cells of the immune system, which act as a reservoir of HIV that drugs are never able to eliminate. We will hopefully know more detail of the case when it has been published in a peer-reviewed journal.

The real burden of mother-to-child transmission of HIV is in low-income countries (an estimated 430,000 babies infected at birth according to latest available figures), where I doubt the case of the Mississippi baby will have much impact. We know how to prevent mother-to-child transmission of HIV in these countries—the problem is ensuring that drugs and healthcare workers are available where and when they are needed to treat pregnant women and protect their babies. If the facilities are not available in these countries to prevent transmission, it is highly unlikely that babies will get the full course of ART given to the Mississippi baby.

The only other person believed to have been cured of HIV is Timothy Brown, the so called Berlin patient, who will be speaking at the Cell-Lancet AIDS meeting in San Francisco in November. Brown was HIV positive but became free of the virus after receiving a bone marrow transplant for acute myeloid leukaemia. Bone marrow transplant is, of course, not a practical means of curing the millions of people infected with HIV. Lessons learned from the Mississippi baby and the Berlin patient are unlikely to lead to any immediate breakthrough in the search for a cure for HIV; but they do give researchers clues as to the directions in which they should be looking. 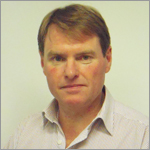 John McConnell (@JohnSMcConnell) has been an editor at The Lancet since 1990 and was founding Editor of The Lancet Infectious Diseases in 2001.

A BRIGHT N HAPPY BEGINNING..SHD BE IN REACH OF THE NECESSARY PEOPLE