With an interconnected and optimized energy grid, the UN sustainable development goal to ensure access to affordable, reliable, and sustainable energy is within reach

Each month, the Elsevier Atlas Award recognizes research that could significantly impact people's lives around the world. July/August 2019 award goes to Arman Aghahosseini, Dmitrii Bogdanov, Larissa SNS Barbosa, and Christian Breyer for their May 2019 article in Renewable and Sustainable Energy Reviews: Analysing the feasibility of powering the Americas with renewable energy and inter-regional grid interconnections by 2030

In our increasingly wired world, about 1 billion people around the world remain without electricity. That means that achieving the UN’s 7th Sustainable Development Goal of ensuring access to affordable, reliable and sustainable energy for all people by the year 2030 will require transcendent changes in the energy sector.

Now, an Atlas Award-winning team of researchers has made progress in exploring the best ways to reach this goal in the Americas.

Their analysis shows that it’s feasible to power the Americas with renewable energy. In addition to increasing the share of renewable energies, including solar and wind, another key in their approach is to bolster the energy system with national and international grid interconnections.

“Our results clearly reveal that the existing renewable energy and energy storage options coupled with an [interconnected] electricity grid are sufficient to fulfill the electricity demand in the Americas at a competitive price,” said Arman Aghahosseini of LUT University in Finland. 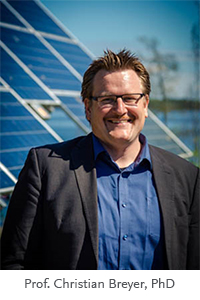 The reason interconnections amongst energy grids is important for the success of renewable energy is that sources of renewable energy are not evenly distributed or available throughout the year, explained Aghahosseini and colleagues including Dr. Christian Breyer, Professor for Solar Economy at LUT. Expanded electricity grids make it possible to transfer excess electricity in one region to other regions. Such interconnections help to reduce power deficits while reducing the need for energy storage as well as the generation of excess electricity to overcome dips in local supply. Low cost energy systems also can be achieved by optimizing various flexibility options, including supply response, demand response, grids, sector coupling and storage.

The researchers reviewed several scenarios for powering the Americas, from a decentralized power system to a fully centralized and interconnected one. Their findings show that an interconnected grid leads to about a 15 percent drop in costs. They report that grid interconnection also increases the overall efficiency and credibility of the energy system as a whole.

Overall, the findings show that an interconnected, renewable energy grid is more cost-effective than continuing with “business-as-usual,” they write. That’s true even without taking the cost of greenhouse gas emissions into account.

The bottom line is that this study and others show that there are no technical or economic barriers to achieving a fully sustainable energy system in the coming decade.

“The major barriers seem to be political,” Aghahosseini said. “We as researchers have the responsibility to investigate all the opportunities to help governments, organizations, and all citizens build a healthy planet.” 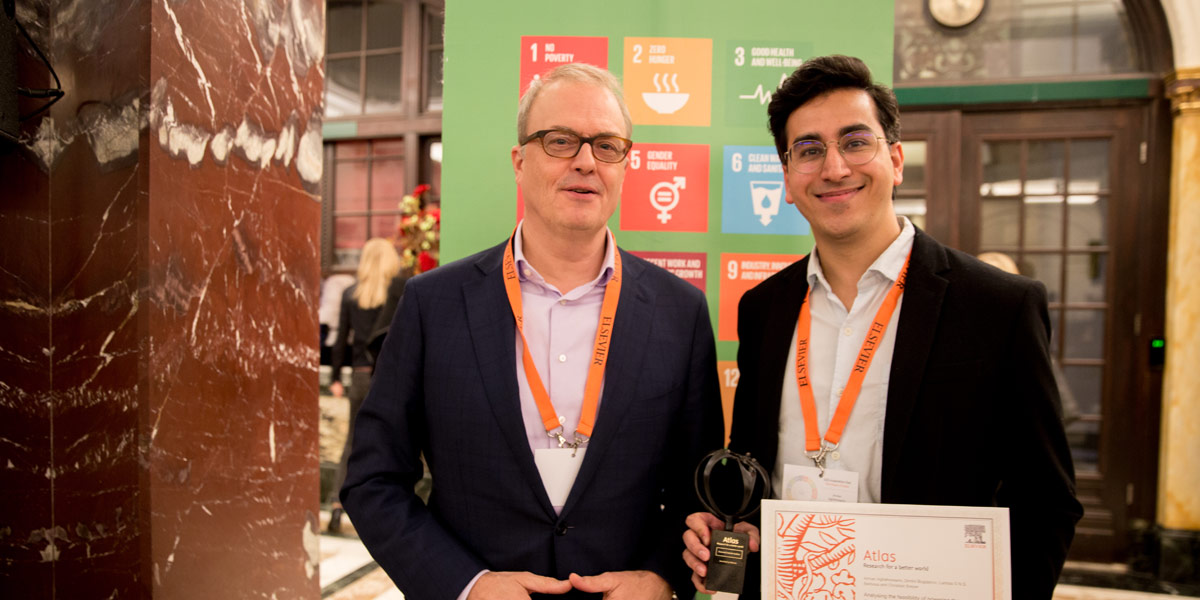 Photo copyrights to Todd Fredericks, in the photo Philippe Terheggen, Managing Director STMJ and Arman Aghahosseini during the SDG Inspiration Day, a partnership between Elsevier, the Elsevier Foundation and Global Compact Network Netherlands.

A conversation with Arman Aghahosseini

Recently, I spoke with Arman Aghahosseini about the feasibility of powering the Americas with renewable energy.

What are the Sustainable Development Goals regarding affordable and clean energy?

Aghahosseini: Energy is a central part of our life. We need energy for almost every activity, like food production, charging electronic devices, lightening, etc. Providing energy for people is a necessary task for all nations, which helps to create millions of jobs, security, and a stronger economy for people. Focusing on global access to energy, which is supplied fully based on renewable energy, is crucial to creating a sustainable world and also tackling the environmental crisis like climate change. However, the progress of integrating renewable energy into the energy system is quite slow and more attention is needed from decision-makers and political leaders to improve access to renewable energy and also safe cooking fuels to solve the environmental challenges.

How can these goals be met?

What did you set out to do in your study?

Aghahosseini: In our study, we focused on several aspects. First of all, we assessed the feasibility of powering the American countries based on a 100 percent renewable energy system. We considered various renewable energy technologies, energy storage options and power transmission grid, under different scenarios and constraints. We took the demand for three sectors into consideration: power, seawater desalination, and non-energetic industrial gas. Second, we evaluated the potential benefits of interconnecting South and North America with a renewable energy system. Third, we compared our results with the previous research work to find out to what extent our results are aligned with others. Fourth, we compared our evaluated scenarios based on 100 percent renewable energy system for power sector with a BAU scenario, with and without GHG emissions costs.

Further, we analyzed the possible potential of transferring synthetic natural gas through a liquefied natural gas value chain from a site with plentiful renewable energy resource availabilities to a site with high electricity demand.

What are the benefits of an interconnected grid?

How did you evaluate the feasibility of such an effort?

Aghahosseini: We evaluated the feasibility based on a cost-optimized solution using a computer model. It’s called LUT Energy System Model. We applied an overnight approach for the year 2030 — the same timeframe as the Sustainable Development Goal. The model indicates which combination of renewables and energy storage systems has the lowest cost while always meeting demand on an hourly basis. Several scenarios with different configurations have been set in order to understand different behaviors of the modeled energy system.

What did you find about the feasibility of such a grid?

Aghahosseini: The optimized results reveal that a fully interconnected energy system is more beneficial and efficient than an isolated system. The total annual system cost dropped by 15 percent. Sector coupling brings additional flexibility into the energy system and decrease the cost even further.

Is it possible to meet the demand for electricity in the Americas with 100 percent renewable energy?

Aghahosseini: Absolutely! Our results clearly reveal that the existing renewable energy and energy storage options coupled with electricity grid are sufficient to fulfill the electricity demand in the Americas at a competitive price.

Aghahosseini: Several countries have already proved that a 100 percent renewable energy system is a real policy option. Targets are now set for several U.S. States — Hawaii, California, Washington and New Mexico. Costa Rica and Uruguay are already close to 100 percent and Chile is progressing very well. I think we can learn the lessons from them and start working to build a better future for all living beings. Our current and previous studies show that there are no technical or economical barriers to achieving a fully sustainable energy system. The only barriers seem to be political, driven by those who get benefits from fossil fuel production.

What's next for you?

Aghahosseini: We will take our research one step further and focus on all energy sectors based on energy transition pathways up to 2050, working on a 100 percent renewable energy system. In addition, the amount of greenhouse gas emissions will be tracked over time and deeply analyzed. We will also look into negative emissions technologies that can help to reduce the greenhouse gas emissions further.

What would you like for members of the general public to take away from your report?

Aghahosseini: Many people might think we have access to electricity, so why should we care about the Sustainable Development Goals or implications of renewable energy? I would like to say this is indeed every individual’s responsibility to mind (their) actions and contribute to the radical transition towards a fully sustainable energy system. This of course has a great impact on the entire world by cutting off the greenhouse gas emissions and keeping the global temperature rise well below 1.5 degrees Celsius. If we start from ourselves, we can make a massive difference.

About Renewable and Sustainable Energy Reviews

The mission of Renewable and Sustainable Energy Reviews is to communicate the most interesting and relevant critical thinking in renewable and sustainable energy in order to bring together the research community, the private sector and policy and decision makers. The aim of the journal is to share problems, solutions, novel ideas and technologies to support the transition to a low carbon future and achieve our global emissions targets as established by the UN Framework Convention on Climate Change.

Research 2030 podcast: ‘Breaking up is hard to do’