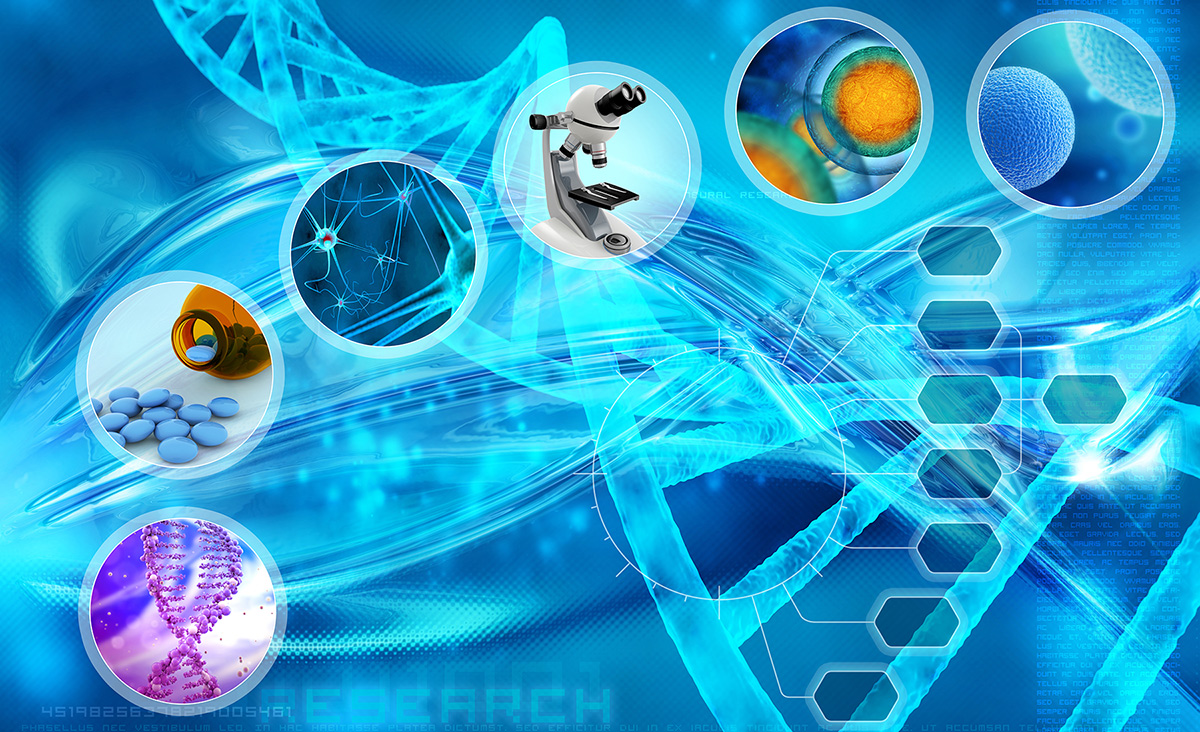 There are an estimated 300 million people around the world who are part of a community with uncommonness in common – they are all living with rare diseases.

In Gaucher disease, people are missing an important enzyme, glucocerebrosidase, which breaks down a fatty molecule called glucocerebroside, leaving fatty cells to build up in their organs. Abruzzo-Erickson syndrome involves several congenital anomalies, including a cleft palate, hearing loss and a short stature. RAS-associated autoimmune leukoproliferative disease (RALD) is caused by mutations in the RAS proteins that control cell proliferation.

At first glance, these diseases appear to be unrelated, but the people living with them share a problem: they do not have access to treatments. This is because the diseases they have are so rare those treatments have not been developed.

In their Atlas Award-winning paper in the Journal of Molecular Biology, researchers at Louisiana State University present a new approach to matching existing, FDA-approved drugs to orphan diseases that have no treatments available. Dr. Misagh Naderi, corresponding author of the study and Technology Commercialization Specialist at the Office of Innovation & Technology Commercialization at Louisiana State University, said:

These patients need some help and it’s not going to come out of big pharma immediately – it definitely depends on small research groups like ours to do the initial work and find the compounds that might work.

According to the U.S. Food & Drug Administration, Orphan diseases are conditions that affect fewer than 200,000 people in the country; the European Union Regulation on Orphan Medicinal Products (1999) sets the rate at 1 person in every 2,000 in the European population. Individually, each orphan disease has a relatively small impact – there have been fewer than 20 cases of RALD and only four cases of Abruzzo-Erickson syndrome. But since there are approximately 7,000 orphan diseases, Global Genes estimates that more than 300 million people around the world are living with a rare disease.

Unfortunately, the rarity of the diseases means there is little impetus for pharmaceutical companies to fund drug development, so there are often no treatments. The diseases are neglected, hence the name ‘orphan diseases’.

Many diseases are controlled by proteins. Drugs are often designed to target those proteins – by attaching to binding sites, which Dr. Naderi describes as ‘pockets’ – to stop them from functioning or make them work better. In theory, if two proteins have similar-shaped binding sites, a drug that fits one could fit the other. Dr. Naderi and his colleagues wanted to match protein binding sites to see if they could find existing drugs that might fit proteins involved in orphan diseases, therefore offering a potential treatment.

In their paper, they describe how their program eRepo-ORP works: using state-of-the-art algorithms, it scans an enormous library of 3D protein structures looking for proteins that have similar binding sites. Using eRepo-ORP, they scanned 320,856 binding site structures, taking the binding sites for existing drugs from DrugBank and those of proteins linked to rare diseases from Orphanet.

The team revealed 18,145 potential matches. For example, KRAS is a protein that is involved in an orphan disease called RAS-associated autoimmune leukoproliferative disease (RALD), a chronic, nonmalignant condition in the blood. Using eRepo-ORP, the team matched a binding site on KRAS with one on a protein called PTK6, which is involved in the growth of certain tumors. They showed that a drug designed to target PTK6 also fits KRAS, making it a potential treatment for RALD.

Dr. Naderi hopes that by working with technology to shortcut lengthy and frustrating lab processes they will be able to help take the first step in designing treatments for many orphan diseases. He said:

There are 7,000 conditions labeled as orphan, and if we could only solve one or two, I couldn't ask for anything better in my academic life – to help a couple of people that really need help when there's not much hope from big pharma. We are very excited about the work, and it is ongoing.

The first author and main contributor to this paper is Dr. Michal Brylinski, who is the director of the computational systems biology group at LSU. Dr. Naderi also worked with the lab’s post doc at the time, Dr. Govindaraj, and undergraduate student Jeffrey Lemoine.

A conversation with Dr. Misagh Naderi

What if it were possible to tackle orphan diseases with existing drugs that have already been approved for other diseases? A team at Louisiana State University have designed a computer program that matches protein structures to do that. We talked to author Dr. Misagh Naderi to find out how the approach works and what’s next.

Orphan diseases are diseases that affect less than 200,000 people in America. They are often called neglected diseases because the population is so small that it doesn't generate enough financial incentive for big pharma to create therapeutics.

Our goal was not to make something new, but to identify and potentially use drugs that are already available to treat these diseases. Our job was to lay the structural work – a computational pipeline to solve this problem.

Can you tell me about your paper?

In the body, our genes are translated into proteins, and those proteins are the functioning machines. Our approach is protein structure-based drug design: we think that if you can have access to the structure of a protein – what it looks like in 3D – we can identify a small molecule that can interact with that protein, either to stop it from what it's overdoing or activate it to do what it's not doing enough of.

In this research, we identified proteins that we know that are involved in orphan diseases. By searching publications and databases, we investigated the structure of each protein and modeled them in the computer. We then compared that 3D model with all known protein structures in a gigantic library, looking for similarly-shaped pockets that could be targets for small molecules.

If we found a matching pocket, we tried to fit in the small molecule that had already been designed for that other pocket, in the hope that it would be an FDA-approved drug. In the end, we would have a protein that is involved in an orphan disease pathway, and a small molecule that could bind to it. That’s essentially the initial phase of a drug discovery project.

What brought you to this area of research?

I started my graduate program in chemical engineering, and I was working on Parkinson's disease because I was always interested in working on medical and human health problems. I had to move out of chemical engineering and join a virology lab, and I started focusing completely on human disease problems. We used oncolytic viruses to cure some types of prostate and breast cancer.

That whole journey was amazing, and it led me to working on computational biology to solve some of the questions we had in virology using computers. It can be very tedious to find these drugs going one by one in the lab, so I started to wonder if we do this faster with a computer. So I joined Dr. Brylinski's lab at LSU to do computational biology. I got excited because Dr. Brylinski had all the infrastructure, the software we needed to solve this issue for orphan diseases.

What's the next step for your research?

Currently the lab is working on incorporating a lot of artificial intelligence, machine learning and deep learning into our pipeline to make better predictions in finding the pockets and matching the small molecules. We’re also looking into some of the more promising compounds in that library, working with biochemistry labs to see if our predictions work in vitro.

Atlas Mailbag: @Vpradalopez asks, “Do the authors see a role for patient organizations of #orphandiseases in #drugrepositioning at all?”

In my personal opinion (my answer does not reflect the institute's opinion), I think it depends on what we discover through these pipelines; there are so many different types of drugs that can be repurposed, and it also depends on the disease.

For example, imagine if a condition has a very high mortality rate, and we predict a drug that can help with that condition and the drug has been proven to be very safe, with side effects that are not as bad as the disease itself. Let's say there are 500 people who are affected by this disease in the entire world, and their life expectancy is a year or two. I don't see why we couldn’t incorporate that approved drug for that condition. I think it’s important to work with patient groups and have these discussions.

About Journal of Molecular Biology

The Journal of Molecular Biology provides high-quality, comprehensive and broad coverage in all areas of molecular biology. The journal publishes research papers that provide mechanistic and functional insights and report a significant advance to the field, particularly multidisciplinary studies that use complementary experimental and computational approaches to address challenging biological questions.