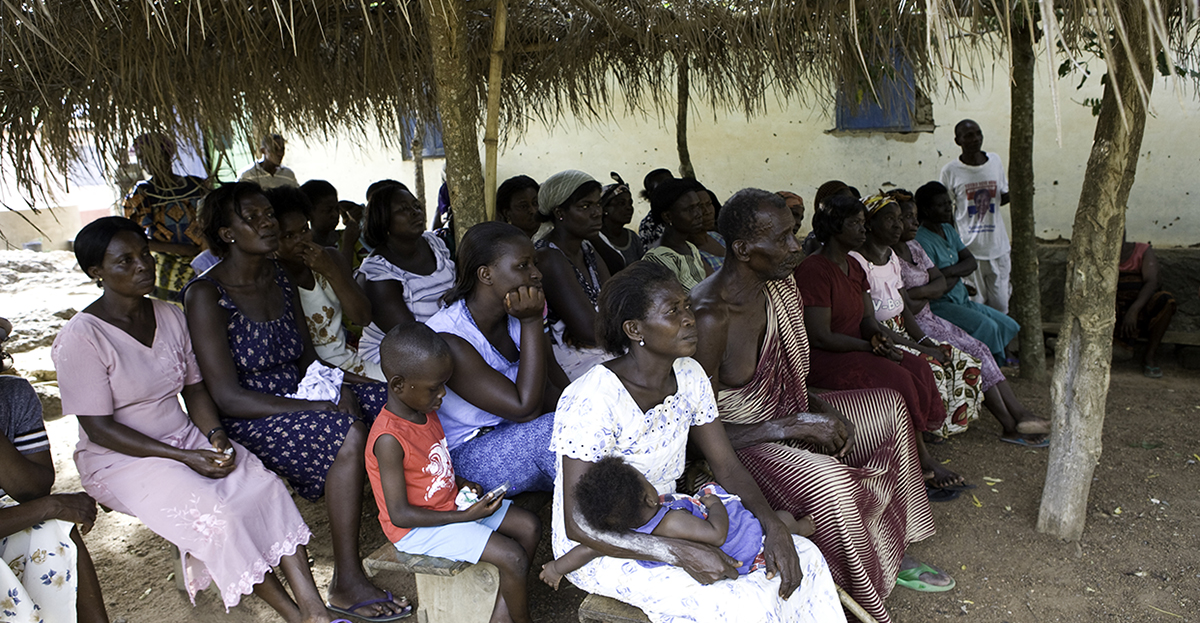 The more gender equity, the less child poverty? A multilevel analysis of malnutrition and health deprivation in 49 low- and middle-income countries

In countries where women are empowered in terms of education and employment, fewer children are left without enough food to eat. The findings from Atlas Award-winning researchers show that those benefits hold for all children, not just kids born into well-educated or well-connected families.

“This shows there are [multiple] reasons to strengthen women’s position in society at large,” said Hans Ekbrand at the University of Gothenburg, Sweden. “Of course, women should not be discriminated against. Women benefit from a strong position in society, but it adds an extra dimension to show that the move to give women a stronger impact on society has benefits also for the most vulnerable part of the population and that is children.”

“Strengthening women’s position carries benefits for society as a whole,” added Björn Halleröd, also at the University of Gothenburg.

Ekbrand and Halleröd were well aware that mothers are perceived as key agents in safeguarding the interests of children. That’s why, in their native country going back to the 1940s, mothers as opposed to fathers have been entrusted with resources provided by the government in support of their children.

But was the perception that women, given the opportunity, are more likely than men to see to the interests of children backed up by evidence in other parts of the world? To find out, the researchers looked to existing data to ask whether and how women’s status in society, measured as overall gender equity in education, economic activities, and access to political power, is related to childhood malnutrition and healthcare.

All told, the study included 49 low- and middle-income countries, covering more than 390,000 children under the age of 5. And the evidence was clear: in countries where the gap in education and employment between men and women is narrower, children less often go hungry.

Because the researchers had information on whole countries as well as individual households, they could test whether those trends held for all children, including those whose mothers weren’t well educated or connected. And, it did.

“Even when we control for the level of education of the mother, gender equity still has an independent direct negative effect on the risk of malnutrition, i.e. it reduced the probability of malnutrition,” they wrote.

Women’s empowerment in political positions also was associated with a decrease in health deprivation for children. The findings held even when the researchers took into account a range of other, potentially confounding factors.

The bottom line, they say, is simple. Those who wish to improve living conditions for children would do well to explore ways to strengthen the position of women in society. When women in a country are well educated and empowered, it’s good for everyone.

We’re speaking with Hans Ekbrand and Björn Halleröd about gender equity and its relationship to malnutrition and health deprivation amongst children in 49 low- and middle-income countries.

Atlas: What got you thinking about a connection between gender equity and less child poverty?

Björn Halleröd: I’ve done some work on family policy and household distribution of resources in Sweden, but generally there’s been a discussion in social policy that you need to strengthen women’s position to improve things for children. In Sweden in the 1940s, it was decided that child allowance should go to the mother, not the father so it would actually go to the children. We thought: Could we see a general pattern in developing countries that show if you strengthen women’s position in society it will actually help children?

Atlas: What sort of data was available for you to explore these issues?

Björn Halleröd: The contribution here is the use of country-level and household-level data. I wouldn’t say it’s self evident, but it makes sense that strong women would let their daughters go to school. But we wanted to see if it affects all children including those whose mothers hadn’t been to school. For that, you need data on the country level and individual level.

Hans Ekbrand: Let me add that, nowadays there is a wealth of resources for researchers that want micro-level data. We have household data from many countries collected by two survey programs, the Demographics and Health Survey (DHS) run by US-AID and UNICEF’s Multiple Indicator Cluster Survey. That’s the core of it and, to those sources, we added data on gender equity called Gender Equity Index (GEI) administered by Social Watch.

Atlas: How do you quantify gender equity?

Hans Ekbrand: There’s three parts of it. It’s the gender gap in education and gender gap in economic activity and also the proportion of women in key positions in political institutions and high professions.

Atlas: How or why is it that gender equity benefits all kids not just those whose mothers appear to be able to take advantage of gender equity in their own lives?

Björn Halleröd: We don’t really know, but we can speculate that if women are represented in the political system and have more power there, then the system of providing food and healthcare—the politics—is more geared toward meeting the needs of children than otherwise. And that’s also why, for example, for mothers with no education, their children have a lower probability of deprivation if women have a stronger representation in society.

Atlas: Did anything surprise you?

Björn Halleröd: I wouldn’t say in general it’s a surprise that women in stronger positions will benefit children. That didn’t surprise me because most results point in that direction. While it was not a surprise, it was really interesting to see those benefits for children even when their own mother hasn’t benefited.

Hans Ekbrand: I agree I was surprised we saw a reduced probability of deprivation for those children whose mothers were less resourceful or didn’t have a primary education, for example. That was nice to see because it means the mechanisms are not only through individual mothers. It’s something that goes through the local community in some super-individual way.

Björn Halleröd: To put it this way, there is a societal effect of strengthening women’s position in society.

Atlas: What’s next for you?

Björn Halleröd: We are writing a paper where we look at the probability for boys and girls to attend education and the number of years they stay in education in relation to parents’ religious affiliation. We look not just at the family, but also the local community and country. We have some interesting findings, but they will have to wait.

Hans Ekbrand: I’d like to thank everyone who worked with us in collecting and aggregating data for us.

Björn Halleröd: I’m also grateful to them, of course. I’d also like to say that, being able to utilize data in this way and combine aggregated data with individual data and data over time—it’s an important step for social science to do that. When trying to understand the impact and effects on a population of country-level differences we see and to begin to understand causes and consequences, we have to combine country-level data with individual data as we’ve done here.

World Development is a multi-disciplinary monthly journal of development studies. It seeks to explore ways of improving standards of living, and the human condition generally, by examining potential solutions to problems such as: poverty, unemployment, malnutrition, disease, lack of shelter, environmental degradation, inadequate scientific and technological resources, trade and payments imbalances, international debt, gender and ethnic discrimination, militarism and civil conflict, and lack of popular participation in economic and political life.