Each month the Elsevier Atlas Award recognizes research that could significantly impact people's lives around the world. November's award goes to Gabriela K. Paulus, Luc M. Hornstra, Nikiforos Alygizakis, Jaroslav Slobodnik, Nikolaos Thomaidis and Gertjan Medema for their May 2019 article in the International Journal of Hygiene and Environmental Health:

This can have a huge impact on the environment, not to mention public health: antibiotic resistance is one of today’s biggest threats to global health, food security and development, according to the World Health Organization.

What if there was a way of limiting the impact of high-risk hotspots like hospitals?

There is – and it might be more cost-effective than it seems. Gabriela Paulus, a PhD candidate at the KWR Watercycle Research Institute in the Netherlands, and her colleagues in the Slovak Republic and Greece studied the impact of treating wastewater on-site using a Pharmafilter system and found it could dramatically reduce the antibiotic resistance genes and antibiotics in treated water.

Some bacteria have genes that make them resistant to antibiotics, which means antibiotic treatment does not kill them. The bacteria can transfer the genes to one another, and when they divide to reproduce, the new bacteria are also resistant. This means resistance can spread fast, especially in conditions where they are exposed to antibiotics – such as in hospital wastewater.

Gabriela wanted to understand the impact of different approaches to treating hospital wastewater, and one way of doing this was to look at the concentration of antibiotic resistance genes in the water. She found two locations in the Netherlands to study: a hospital in Delft that used a special Pharmafilter to pre-treat the water before combining it with the communal wastewater, and a hospital in Nieuwegein that had no pre-treatment set up.

They took samples from both locations at different sites:

They tested the samples for 14 genes that make bacteria resistant to a range of antibiotics, including quinolones, tetracyclines and vancomycines. They also looked for antibiotics in the samples, and the link between antibiotics and resistance genes.

Not all the findings were predictable, as Gabriela explained:

There was good news, however: the on-site treatment eliminated both antibiotics and antibiotic resistance genes before the hospital wastewater was combined with the communal wastewater.

How the pharmafilter could help cut antibiotic resistance

At the hospital in Delft, the Pharmafilter takes wastewater through four steps of treatment. First it goes through a membrane bioreactor – a microfilter that takes out solids. Then it undergoes ozonation, which uses ozone to kill bacteria and viruses. Next, it passes through granulated activated carbon to remove pollutants, then finally it undergoes UV treatment. 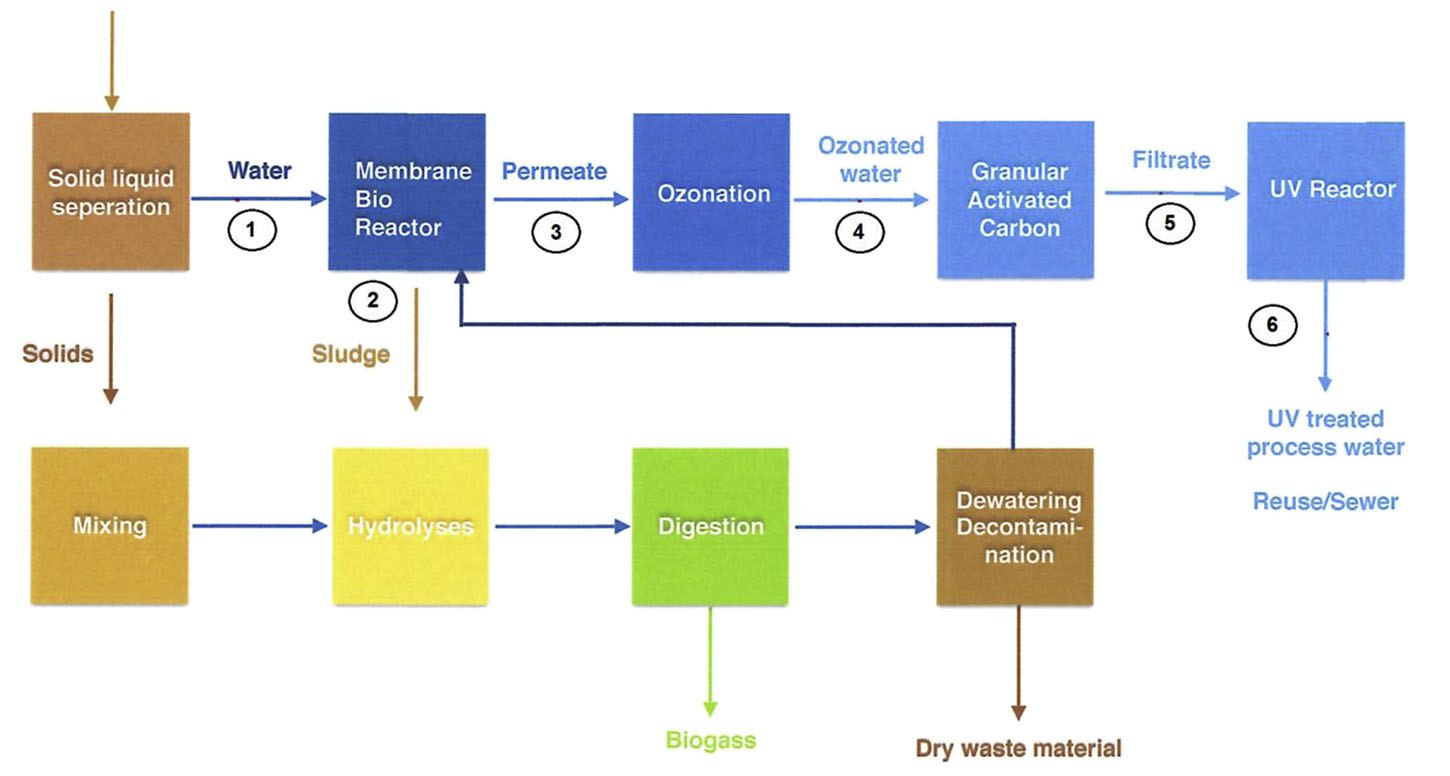 This process comes at an additional cost, but it might actually save hospitals money in the long term. In the Netherlands, hospitals pay for communal wastewater treatment. The hospital in Delft combines its wastewater treatment with its waste systems, meaning a lot of waste is eliminated through the single system, making the whole process more efficient.

“I think for high-risk point sources, it might be not only beneficial, but also in the long run not as expensive,” Gabriela said.

Given how clearly the Pharmafilter eliminates antibiotics and antibiotic resistance genes from wastewater, the researchers are urging policymakers to put legislation and requirements in place to create incentives and boost the use of on-site wastewater treatment. Gabriela commented:

I hope the impact this study is going to have is that people, governments and communities start to think about implementing these kinds of systems; I think they will be a great step in the right direction. Think about your usage of water. Think about your usage of antibiotics. Just take them if you really need them as a last resort, because we are even running out of emergency and last-resort antibiotics that are effective.

A conversation with Gabriela Paulus

I spoke to lead author Gabriela Paulus from the KWR Watercycle Research Institute in the Netherlands about the research and what it means for water treatment. 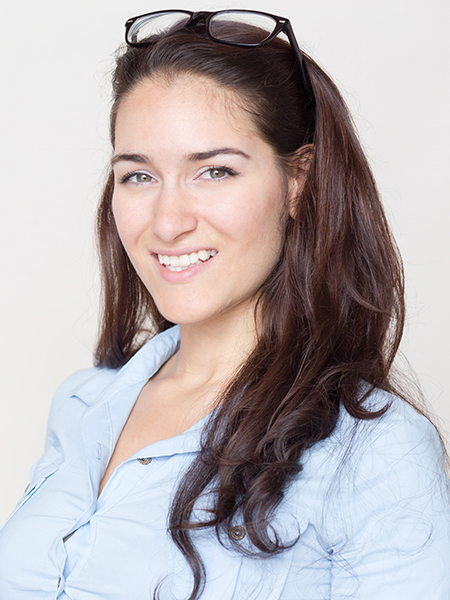 There's a lot of talk about antibiotics in the water system. What's the real situation?

There is a lot of research being done to find out more, but we don't have a complete picture of the real situation. The issue we have is that we have wastewater treatment plants which are not made for eliminating pharmaceuticals, including antibiotics. But we're not really sure how much and what gets into the river.

What is the scale of the problem we're facing with antibiotic resistance, and what's the role of water?

Gabriela: There are an increasing number of microorganisms getting resistant to antibiotics, which means that our drugs, even our emergency antibiotics, are stopping working. We've had cases worldwide where people have died from infections caused by antibiotic resistant microorganisms simply because we didn't have the drugs to treat them anymore. The role of the water is mainly twofold: first of all, water is a facilitator for the transfer of antibiotic resistance genes – it helps carry genes back and forth between the microbes. And the second role is simply that it can bring certain microorganisms in contact with us humans. Let’s say you want to go to a lake and you’re immune suppressed, you might catch an environmental bug which is antibiotic resistant, and if you get an infection from that, you will have a bigger problem because we may not be able to treat it.

How did you end up working on this?

I actually have a completely different background – I have a bachelor's in biotechnology and a master's in pharmaceutical sciences and pharmacology and toxicology. After my master's, I started looking for PhD projects and I thought it would be very challenging and interesting. I was looking into the transfer of antibiotic resistance genes in surface water systems. I was looking at different levels of antibiotic resistance genes, and also where these antibiotic resistance genes came from. A lot of it comes from a switch system, and I realized there are high risk point sources – like hospitals and other healthcare facilities – where a lot of pharmaceuticals and antibiotics are used. During the investigation of the literature, I came across this new pilot system, the Pharmafilter, which is being used more and more in the Netherlands. Back then it wasn't used in a lot of places, and one of them was the hospital in Delft where we started the study. I realized it might be nice to look into the impact of an onsite wastewater treatment plant in such a high risk point source.

What did you do in your study?

Gabriela: The idea first was to take samples before and after the Pharmafilter and simply look at the reduction of antibiotic resistance genes and later also antibiotics. But then we realized we could actually scale up quite a bit more and look at the impact of this on-site hospital wastewater treatment plant on the whole system, so we started taking common wastewater treatment plant samples and communal wastewater samples. Then we needed something to compare to, and that's when we brought in a second city.

What were your findings?

Is this an expensive thing for hospitals to do?

It comes with an additional cost, but it might also be a benefit for hospitals. In the Netherlands, at least, hospitals pay a certain fee for the communal wastewater treatment plant to take care of the hospital wastewater. The hospitals we investigated combined their wastewater treatment approach with a waste approach, so they have systems in place where they also eliminate a lot of their waste through the system, and they use biodegradable material, which decomposes in the system. So I think for high-risk point sources, it might be not only beneficial, but also in the long run not as expensive.

What's next for your research?

I would like people to think more about how they are using not only water, but also antibiotics. We have to be aware that we're running out of working antibiotics. If we're lucky, we won’t need them. But if we do need them at some point, I think we're going to realize very quickly how important they are.

About the International Journal of Hygiene and Environmental Health

The International Journal of Hygiene and Environmental Health publishes original reports on exposure assessment and the reactions to – and consequences of – human exposure to the biological, chemical and physical environment. The journal has a particular focus on epidemiological aspects of environmental toxicology, health risk assessments, susceptible (sub) populations, sanitation and clean water, human biomonitoring, environmental medicine and public health aspects of exposure-related outcomes.