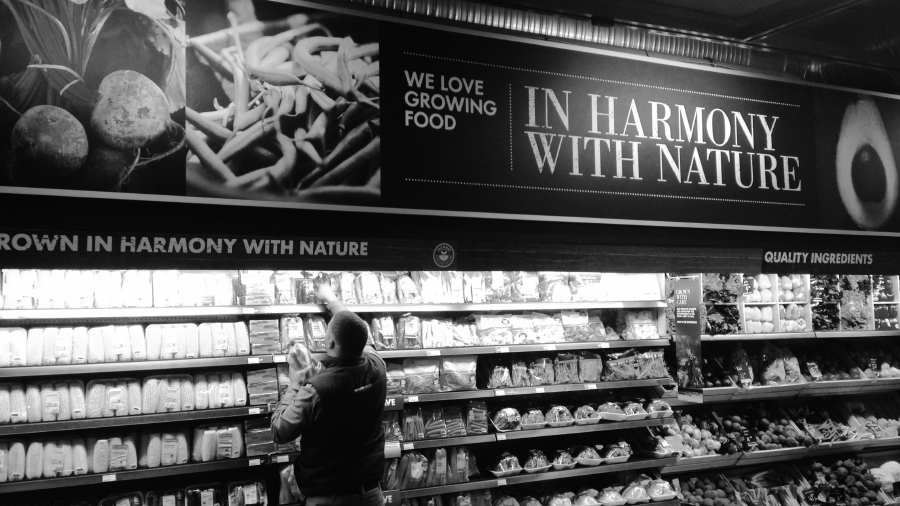 Agriculture accounts for about a third of all greenhouse gas emissions and contributes to many other environmental problems, from nitrogen runoff to deforestation. In recent years, companies have become increasingly involved in efforts to address those challenges in their own supply chains. But, do company-led standards actually work to reduce environmental impacts?

That’s the question authors of an Atlas-award winning study published in Global Environmental Change set out to address using a case study approach. Their findings based on study of a major food retailer in South Africa are encouraging. Their exploration of farming practices used by hundreds of fruit, vegetable, and flower growers that supply the high-end grocery and clothing chain, Woolworths Holdings, Ltd., show that company-led standards aren’t just window-dressing. When implemented well, such standards can produce meaningful change and more sustainable farming practices.

“The Woolworths’ program has characteristics that would suggest it would be one of the most effective on the ground,” said Tannis Thorlakson, who conducted the study while a doctoral student at Stanford University. Those characteristics include a direct supply chain in which Woolworths works directly with farmers. Their program also includes third party audits. Each year, farmers receive not only an audit score but also recommendations from experts about how to further improve their farm management practices.

“Since there’ve been so few studies, we saw Woolworths as a critical case,” Thorlakson said. “If we didn’t see impact in this case, then we’d be less likely to see impact in other, less rigorous cases. It was an opportunity to see if there’s potential for these programs and we did see a positive effect.”

Thorlakson’s team, including Jens Hainmueller and Eric Lambin, took multiple approaches to explore how Woolworths’ Farming for the Future program launched in 2009 has achieved its goals to “radically improve soil and plant health, preserve resources like water and soil and protect biodiversity.” The data shows that suppliers of Woolworths have done significantly more to implement environmental management practices than a closely matched group of similar farms that don’t act as a supplier for the retailer. An analysis of audit data over time also showed that Woolworths’ suppliers have changed their practices over the years.

To dig deeper, Thorlakson and colleagues conducted in-depth interviews with farmers. Those interviews suggest that the program’s focus on capacity building through audits by highly trained staff together with the company’s close, long-term relationships with their growers help to explain its success.

“This example shows that these company-led standards can and, at least in this instance, are having an impact on adoption of improved environmental farm management practices,” Thorlakson said. “Of course, this is one case and there are hundreds of programs. We need to better understand where we see a positive impact and how big and durable those impacts are.”

A conversation with Tannis Thorlakson 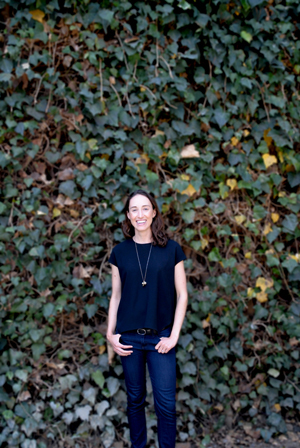 Atlas spoke with Tannis Thorlakson about improving environmental practices in agricultural supply chains and the role of company-led standards.

Atlas: What is it that’s driving companies to address sustainability issues in their supply chains?

Tannis Thorlakson: That’s a great question. Our research doesn’t explicitly address that but, based on my experience working with companies, there are a lot of business drivers. Of course, there’s the win-win situation in which driving sustainability can improve operation efficiencies and save money. There’s a moral component—companies wanting to do the right thing. There’s often a business and reputational risk component with companies not wanting to hurt their brand for having issues in their supply chains. There are often regulatory pressures, too.

Atlas: As you say, it would be easy to think of company-led sustainability initiatives as “window-dressing” intended to make companies look good. What led you to look deeper into this?

Tannis Thorlakson: You bring up a key reason we decided to do this study. There’s a lot of talk about companies doing things in their supply chains [to make them more sustainable]. In another paper, we randomly sampled food and clothing companies and found that 52 percent of them were doing something around sustainable sourcing. But what does that mean? It’s a great statistic, but it doesn’t show impact. There’ve been efforts to look at third party certification, such as Fair Trade or the Forest Stewardship Council. But increasingly companies are committing themselves to company-led initiatives and we don’t understand the impact of those programs. There are concerns of “green washing,” with companies committing to things and not following through. This study is one of the first to explore a company with its own program and the actual impact in terms of changing practices and behaviors on the ground.

Atlas: How did you choose Woolworths?

Tannis Thorlakson: Woolworths is essentially the Whole Foods of South Africa. I looked at a lot of company-led programs. This is one of best programs in which an individual company has set sustainability standards and applied them to the farms or factories that supply goods into their company. That’s in contrast to third-party certifications such as Rainforest Alliance or Fair Trade in which a third party sets the standard.

Atlas: How did you examine the program’s impact?

Tannis Thorlakson: We used a three-pronged approach. First, we conducted a cross-sectional survey looking at how farmers in Woolworths’ supply chain compare to other similar farmers. We made sure the farms were as similar as possible: in the same region, about the same size, similar revenues, and so on. We also used a panel dataset to see how Woolworths’ farmers changed their practices over time. Finally, we conducted over 90 in-depth interviews with Woolworths and non-Woolworths farmers to understand qualitative changes on the ground.

Tannis Thorlakson: We found a lot of exciting things. Farmers were more likely to adopt legal requirements. Farmers were more likely to monitor and track water use, particularly important given South Africa’s recent drought. They also were more likely to adopt conservation-oriented farm management practices, such as integrated pest management. That’s really exciting. It’s important to note we only looked at the adoption of environmentally friendly practices. We didn’t look at the ultimate outcomes. So, for example, we looked at whether they used cover cropping. But we didn’t look at how that cover cropping changed soil erosion. So that’s something for future research.

Atlas: What can we learn from this example?

Tannis Thorlakson: Many farms had several environmental audits conducted by multiple companies. Our study suggests that the Woolworths’ approach was more effective in changing practices than other audits. Woolworths partners with farmers instead of simply requiring an audit. They used people who understand the farming ecosystem to conduct those audits and they work with farmers to improve practices instead of just quizzing them. As a result, they helped those farms improve over time.

Atlas: How encouraged are you by these findings?

Tannis Thorlakson: I’m optimistic enough to have joined an agriculture company— Driscoll’s, the global fresh berry company—to work on its environmental strategy with their independent growers. I really believe we need all hands on deck to make improvements in our agricultural system and I think companies and their work with farmers can be an effective way to contribute to a more sustainable agricultural system. I’m excited to work on the ground with farmers on these issues.

Atlas: In your conclusion you say if implemented correctly company led sustainable supply chain initiatives can help to improve environmental management practices at farms. What does correct implementation include and how can it be encouraged?

Tannis Thorlakson: This is only one case study, but we found mechanisms to drive change include trained agronomists going out and doing audits in which they are able to provide consultation or feedback to farmers on programs. Often auditors can’t provide feedback. However, it’s a great opportunity to help farmers change their practices. Third party unbiased audits can be important, but we’re seeing farmers often faced with many such audits. They aren’t adding a lot of value after the first one or two. So the question is: how can we use company resources to help farmers make this transition towards more environmentally oriented practices? Woolworths is also committed to working with growers over the long term. It’s a challenge when a company says essentially, “Make these changes, but we might not buy from you next year.” Long-term relationships are necessary if we are going to see these major shifts in the field.

Atlas: What can the general public do to support even more and more successful initiative like this?

Tannis Thorlakson: I think the biggest thing we all can do as consumers is to ask tough questions. We really want to see companies reporting on impact rather than simply saying they have a program. I’d like to see companies invite assessments to show how their sustainability programs are making a difference. Consumers can ask for more data transparency. We need to push companies to deliver on and measure sustainability attributes like they do other business metrics.

Global Environmental Change is a peer-reviewed international journal publishing high quality, theoretically and empirically rigorous articles, which advance knowledge about the human and policy dimensions of global environmental change. The journal interprets global environmental change to mean the outcome of processes that are manifest in localities, but with consequences at multiple spatial, temporal and socio-political scales.