Atlas Award: To be sustainable, healthcare policy should focus on more than economics

This month's winning article is in the journal Value in Health: “Sustaining Universal Health Coverage: The Interaction of Social, Political, and Economic Sustainability,” by Dr. Elio Borgonovi and Dr. Amelia Compagni of the Centre for Research on Health and Social Care Management (CERGAS) of Bocconi University in Milan, Italy.

Read a summary of their article below.

In the midst of global economic challenges, policymakers often look to health care systems to find economic savings by cutting budgets. But if we want sustainable universal health care systems, focusing on financial budgets is not the way forward, say researchers: social and political sustainability are just as important.

A study published in Value in Health urges policymakers to take social and political factors into account when developing universal health care systems. Universal health care gives all people equal access to health care, regardless of how much money they have. The researchers say this is a human right, and governments need to shift their focus away from finance to provide it. 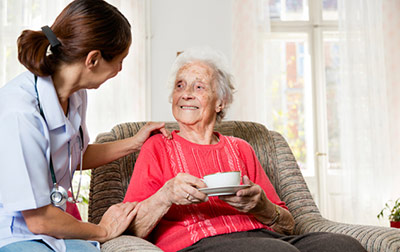 “Until now, discussions about universal health care have focused on economic sustainability; policy makers are concerned about how they’re going to pay for care,” said Prof. Elio Borgonovi, lead author of the study from Bocconi University, Milan, Italy.

“We think there’s a problem with looking at it this way: what about the issue of getting political consensus, or making sure that all people – rich and poor – have equal access?”

“There has been a real focus on economics in recent decades,” said Prof. Borgonovi. “Policymakers assume that getting the finances right means they will automatically reach political consensus and social equality, but we don’t agree. The three factors – economic, political and social – are connected, but they’re also independent, and they all need to be considered.”

Traditionally, health care systems have been managed using financial budgets as a basis for decisions about new hospitals, free services and treatments to offer. One of the challenges universal health care faces is an aging population: as more people have access to health care, they will live longer, requiring more treatment and therefore costing more.

“I’m afraid that in this period of economic pressure, policy makers will miss out on the opportunity to create universal health care systems that survive in the long term,” said Dr. Borgonovi.

Healthcare is an industry based on knowledge, which has the potential to provide thousands of new jobs, and a much-needed boost to the economy. But that will only happen if policy takes a longer view, added Dr. Borgonovi.

“A strong health care system can provide new jobs and boost so many industries – pharma, biotechnology and informatics, for example – but we’ll miss out on this if policymakers continue to focus on the money.”

After a few accidents, Lucy van Hilten discovered that she's a much better writer than a scientist. Following an MSc in the History of Science, Medicine and Technology at Imperial College London, she became Assistant Editor of Microbiology Today. A stint in the press office at Imperial saw her stories on the front pages, and she moved to Amsterdam to work at Elsevier. She's now a freelance writer at Tell Lucy.