Atlas Award: Ghana as a case study for whether a green revolution is possible in Africa

This month's winning article is in the journal Food Policy: "Agricultural intensification in Ghana: Evaluating the optimist's case for a Green Revolution," by Dr. Alejandro Nin-Pratt of the International Food Policy Research Institute and Dr. Linden McBride of the Dyson School of Applied Economics and Management at Cornell University.

Read a summary of their article below. 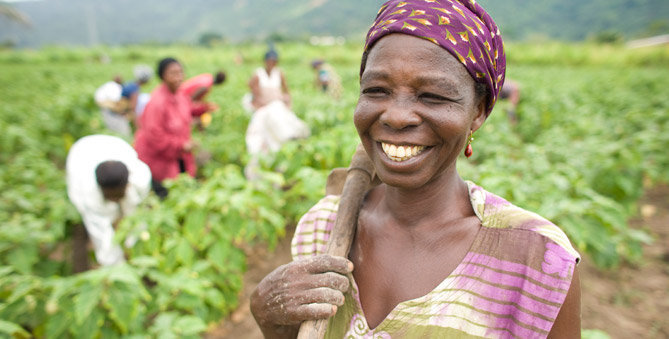 A one-size-fits-all approach to African agriculture development will not lead to growth, suggests new research published in Food Policy. The authors of the study say that instead of blindly adopting 'solutions' that worked in other continents, governments and researchers should consider the context more closely and develop a tailored approach.

The researchers suggest that developing new technologies – to improve the output of tree and root crops that are predominant in Africa, and reduce the need for manual labor – would be more effective than copying the approaches that worked in Asia and Latin America.

In the 1960s and 70s, there was a dramatic increase in the production of crops like wheat, maize and rice in Asia and Latin America, thanks to new varieties of crops with a higher yield, fertilizers and irrigation. This resulted in a 'Green Revolution'. African governments set up policies and programs to mirror this approach, but the Revolution didn't reach Africa.

However, the authors of the new study say that soaring populations don't mean cheap labor; the renewed optimism, they say, is misleading. Focusing on the land scarce – labor abundant model overlooks the factors that led to the first fall; more intensive farming methods, new fertilizers and high-yield crops may not be the solutions they appear to be, at least not for all areas in Africa.

"Assuming Africa is an appropriate setting for another Asian-style Green Revolution is misleading and could result in, yet again, a frustrated attempt to attain sustainable agricultural growth," said Dr. Alejandro Nin-Pratt, lead author of the study. 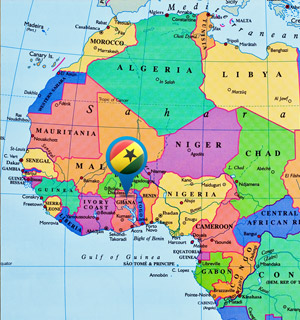 The researchers selected Ghana as a case study. For the Asia hypothesis to work in Africa, there would need to be evidence of improved varieties of cereal crops being used, along with an intensive use of fertilizer in areas of high population density. It would also need to show that these approaches enable farmers to make more money.

The results revealed no evidence of increased food production reflecting the Asian Green Revolution. The results also showed that the cost of labor in Ghana still limits the development of labor-intensive technologies. Despite increasing populations, the relative cost of labor is still high.

"Smallholders don't often use technologies like fertilizer that were developed for cereal crops because they have other options," explained Dr. Nin-Pratt. "It's more effective for them to grow different crops that demand less fertilizer and produce higher output per hour worked, like cassava, and supplement their income with service jobs in the cities. Rapid population growth has not necessarily made Africa more suitable for an Asian style Green Revolution."

The results may not be replicated in every African country, but showing that the Asian Green Revolution approach is unsuccessful in Ghana suggests that it cannot be applied blindly to the whole continent.

There is more research to be done, say the authors. The development of technology more suitable for Africa, for example to increase productivity of root and tree crop production systems and a more labor-saving technology package for cereal production, will be a path worth exploring.[divider]

After a few accidents, Lucy van Hilten discovered that she's a much better writer than a scientist. Following an MSc in the History of Science, Medicine and Technology at Imperial College London, she became Assistant Editor of Microbiology Today. A stint in the press office at Imperial saw her stories on the front pages, and she moved to Amsterdam to work at Elsevier. She's now a freelance writer at Tell Lucy.