Are e-cigarettes luring teens into tobacco use? 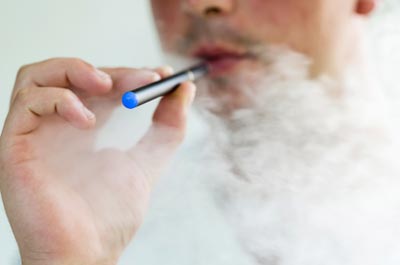 Despite years of anti-smoking education and legislation, tobacco use still remains an important public health issue in the United States. In 2010, 25 percent of all adults and 36 percent of young adults reported current tobacco use. While anti-tobacco efforts continue across the county, the introduction of electronic cigarettes (e-cigarettes) has been marketed as a less harmful alternative to cigarettes and also as a smoking cessation aid.

E-cigarettes supply nicotine through inhaled water vapor. While the addictiveness and long-term effects of using e-cigarettes as a nicotine delivery system are unknown, many people anecdotally believe that they are safer than traditional tobacco products. According to a new study published in the February issue of the American Journal of Preventive Medicine, the belief that e-cigarettes pose less of a health risk may lead to increased experimentation with e-cigarettes among young adults.

Investigators from the Division of Epidemiology & Community Health at the University of Minnesota looked at whether there was a relationship between perceived notions about the harmfulness of e-cigarettes relative to cigarettes and subsequent e-cigarette use among young adults. Investigators surveyed 1,379 participants from the Minnesota Adolescent Community Cohort who had never used e-cigarettes. The initial baseline survey explored their opinions about e-cigarettes and their effect on health relative to cigarettes or their usefulness as an aid to stop smoking. Then, a follow-up survey conducted one year later asked participants if they had experimented with e-cigarettes. 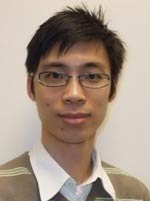 "Participants who agreed e-cigarettes can help people quit smoking and those who agreed that e-cigarettes are less harmful than cigarettes were more likely than those who did not agree to subsequently report experimenting with e-cigarettes. These associations did not vary by gender or smoking status," said study lead author Dr. Kelvin Choi, who is now an investigator at the National Institute on Minority Health and Health Disparities at the National Institutes of Health.

[pullquote align="left"]"E-cigarettes may introduce young adults to tobacco use, or promote dual use of cigarettes and smokeless tobacco products."[/pullquote]

Are there risks to e-cigarettes?

While the risks associated with long-term e-cigarette use are largely unknown, recent studies suggest that they can significantly increase plasma nicotine levels, which means they are potentially as addictive as cigarettes. This study also suggested that about 12 percent of former young adults smokers at baseline were re-introduced to nicotine through e-cigarettes. Dr. Choi said future prospective studies including adults of all ages are needed to confirm these finding related to e-cigarette use among nonsmokers and former smokers, and to determine the role of e-cigarettes on relapse of smoking..

This link between beliefs about e-cigarettes and subsequent experimentation can be used to guide future anti-nicotine and anti-smoking campaigns that encompass the new technology of e-cigarettes. "Understanding the specific beliefs that predict subsequent e-cigarette experimentation allows us to focus on these beliefs when designing public health messages," Dr. Choi said. "Results from this study suggest that messages about the lack of evidence on e-cigarettes being cessation aids, and the uncertainty of the risks associated with e-cigarette use, may discourage young adults, particularly young adult nonsmokers and former smokers, from experimenting with e-cigarettes."[divider]

I would be curious to know if there was any research done on the use of non-nicotine eCigerettes? There is that option and many non-smokers I know, who have tried these, go for the non-nicotine versions.

Sarah, this is a very good question. I will see if one of the study authors can respond.