Two Canadian researchers with a passion for animation and the communication of science have created a series of one-minute videos to introduce basic concepts in stem cell research.

The first of three – What is a stem cell? – premieres today on Signals, the official blog of the Stem Cell Network, which helped fund the videos, and the Centre for Commercialization of Regenerative Medicine. 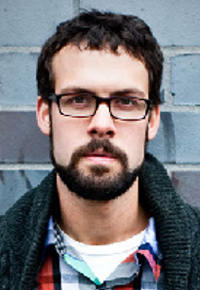 Ben Paylor[/caption][caption align="alignright" width="200"]Mike Long, PhD[/caption]The videos are the brainchild of Ben Paylor (@BenPaylor), a PhD candidate in Experimental Medicine at the University of British Columbia, and Dr. Mike Long, a post-doctoral fellow at the University of Toronto, who pitched the idea for the video series through a Public Outreach Award offered by the Stem Cell Network.

They channeled the $5,000 in seed funding from the award through their Vancouver-based animation studio, InfoShots, engaging award-winning animator David Murawsky and Emmy-nominated composer James Wallace to create the animations and music for the films.

InfoShots, which they founded in 2011, specializes in explaining complex topics in simple terms. Current projects including animations that explain scientific papers, grants and the research of individual labs. [divider]

Narrated by the 'father of stem cell research'

[caption align="alignright"]Jim Till, PhD[/caption]To give the videos credibility and make an impact in the scientific community, they worked with the Stem Cell Network to enlist world-renowned stem cell scientists to narrate the videos.

"Animation is an excellent medium for explaining complex topics in a very simple and engaging manner," said Paylor, an 2012-13 Action Canada fellow. "And being able to secure such prestigious narrators … was the icing on the cake."

The first video features the voice of Dr. Jim Till, who, along with Dr. Ernest McCulloch, first identified stem cells from bone marrow in 1961.Their description of stem cell characteristics became the foundation of the field of stem cellresearch. These concepts that are revealed in the first video which is targeted at youth of high-school age and older.

"I felt that it was important to contribute to What is a stem cell? because of the fortuitous involvement of Dr. Ernest McCulloch and myself in what turned out to be the foundation of a new field of experimental stem cell research," said Dr. Till.

He said he hoped the authenticity of the scientists' voices on the videos would help make the films more appealing to young people.

Elsevier Connect's Communicating Science feature deals with all aspects of science communication, including creative ways researchers are presenting science to reach a broader audience. If you have a project or story you would like to present on Elsevier Connect, please submit your idea to Editor-in-Chief Alison Bert: ECEditor@elsevier.com.

They will be posted on the Signals Blog on October 11 and October 25 respectively.

In addition, the world screening premiere will be held at the 2013 Till & McCulloch Meetings October 24 in Banff, Alberta.

All videos will be hosted on the Stem Cell Network's vimeo channel: vimeo.com/stemcellnetwork.

For Paylor and Long, the work is far from complete. They recently received a second Public Outreach Award and matching funds from the Canadian Stem Cell Foundation to produce five more videos, which will be released in the spring.[divider]

The Stem Cell Network, established in 2001, brings together more than 100 leading cientists, clinicians, engineers and ethicists from universities and hospitals across Canada. The Network supports cutting-edge projects that translate research discoveries into new and better treatments for millions of patients in Canada and around the world.

Hosted by the University of Ottawa, the Stem Cell Network is one of Canada's Networks of Centres of Excellence funded through Industry Canada and its three granting councils.

The Stem Cell Network's Public Outreach Award supports activities that communicate stem cell science, policy or ethics to targeted public audiences in Canada and abroad. The award enables Stem Cell Network members and trainees to gain access to development and production funding for the creation of materials required as part of these activities.[divider] 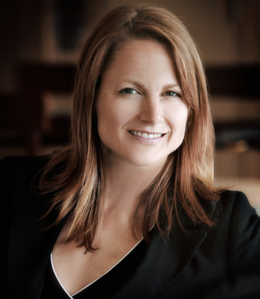 Lisa Willemse[/caption]Lisa Willemse (@WillemseLA) is Director of Communications for the Stem Cell Network, one of Canada's Networks of Centres of Excellence. In addition to more traditional forms of communications, in which she uses her previous experience as an editor, journalist and photographer, she has a strong interest in new media and online communications. In 2008, she began developing the Signals Blog, the official blog of the Stem Cell Network and the Centre for Commercialization of Regenerative Medicine. The blog is dedicated to sharing findings and commentary related to stem cell research while serving as a training/mentorship platform for young scientists interested in acquiring science communications skills. She serves as the blog's editor and an occasional contributor.

I think these short animated videos are the best compromise between quality of educational content and engagement of audience. The problem, I think, is that these videos are restrained to entry level topics. As the depth and difficulty of the content increases, the more difficult it is to communicate in a short and engaging video. So what would be an effective means of engaging an audience for a longer period of time while communicating more complex content?

Thanks for your interest in our StemCellsShorts series. Your question is an important one and the balance between content and engagement is indeed difficult. You correctly point out that these videos cover entry level topics in stem cell research. Our strategy with this series has been to first lay the groundwork so that our audience is familiar with the basics and comfortable with the jargon required to understand more complex topics. This allow us to create a collection of short videos that link to one another and explain higher-level concepts in bite-sized pieces. Furthermore, some of the entry level videos currently under production will include links to educational material provided by the International Society of Stem Cell Research and the Stem Cell Network.

Another exciting field of online education is developing interactive features which can aid with audience engagement. Some really cool stuff has been done in this area (e.g. rise in use of gamification for different scientific/policy endeavours) and is an area we'd love to move into in the future.