An insider’s view of publishing ethics and the law

Ethics in society and business has many meanings, such as conducting one's self in a way that respects and recognizes others and their contributions, and complying with our societally-sanctioned behavioral processes (including laws and regulations).

Ethics in scientific and medical publishing take these meanings a step further; by touching on the relationships in the scholarly communication process involving the journal, the relevant scientific or medical community a journal serves, and society at large, publishing ethics encompasses a complex set of relationships that are mutually reinforcing.

Scholarly journals have enormous prestige due to the stewardship that such journals have exhibited, over the decades, concerning the "record of science" and the trust their respective communities and society as a whole have in that record.

In one sense, publishing ethics allegations diminish that historical reputation and trust. Climate change deniers have used some controversies concerning undeclared potential conflicts of interest to suggest that the fundamental research is flawed, even though there is little evidence of substantial scientific disagreement on the broad question of the impact of industrial activities on climate.

On the other hand, increasing the transparency and visibility over processes for managing publishing ethics allegations could — and should — shore up the journal's reputation.

Society has highly unrealistic expectations of scientists, journal editors and journals. The concept of peer review, for example, is often portrayed extremely simplistically as a "quality testing" process — and consequently society expects that if an article has been through the peer-review process it should be completely sound in its calculations and methods.

The reality is that peer review is about some fairly subjective points — a paper's potential impact and importance and how the paper fits into the theoretical developments in the relevant discipline. It is also sometimes about identifying true "outliers" in research results or methods, thus giving the journal and the editor an opportunity to review these in more depth. It is not a Consumer Reports second laboratory duplicating the purported results of a particular paper for testing and quality assurance purposes. And yet, society is not wholly wrong to expect that the scholarly community — and thus the journal — should be better able to recognize fraudulent results or plagiarism and report on such violations as responsibly as possible.

Who's responsibility is it?

The responsibility for correcting the scientific record when ethics allegations are confirmed falls largely on the journal editor and the publishing team, often with support from the relevant research funders, universities and institutions and other investigators or peer reviewers.

This editorial is part of a special two-part edition of Editors' Update, of which Mark Seeley is guest editor. In addition to Seeley's editorial, Part I features the following guest editorials:

Part II, to be published early November, will focus on support for publishing ethics.

While Elsevier is adding a small team of publishing ethics experts, and while Elsevier legal team members are often involved in highly contentious or "legalistic" matters, the expertise of the journal editor is fundamental to any significant investigation or consideration. The editor has the appropriate grounding in the particular discipline, an understanding of the relevant expertise of various research teams, and a general sense of which facts are more likely correct than not.

What is meant by 'proof'?

We must always keep in mind that the standard of "proof" we look for is a general "more likely than not" standard, not a rigorous, criminally-oriented, "beyond a shadow of doubt" standard. One reason for this standard level is that we anticipate that the relevant scholarly community, as an informed reader/consumer of journal content, will come to its own conclusions as to the merits and relevance of particular allegations and claims, assuming the requisite transparency and disclosure.

The role of skepticism

Law is the profession of skeptics, and a skeptical point of view is often useful in judging the merits of competing narratives in a publishing ethics dispute. Law is supposed to teach us to be logical, to think through the alternatives and contrary points of view, and to disregard emotion and "threats." There are sometimes vague and sometimes very specific threats that are made by complainants or subjects of inquiries about resorting to legal process and formal legal complaints. These are generally quite silly.

The few courts that have been asked to opine about scholarly publishing complaints have generally been respectful of the scientific process and charmingly denigrating about the ability of the legal process to improve on the underlying scientific investigation or conclusion. But my team at Elsevier is prepared to help when complaints like this are made or when it is otherwise deemed useful by editors or publishing team members. We are happy to help, and we are quite passionate about publishing ethics issues and process.

Personally, I have been involved in publishing ethics policy discussions, the drafting of policy and procedural documents, individual investigations of a legal nature, and service on our formal retractions panel for more than 10 years (along with my UK-based colleague, Senior VP of Research & Academic Relations Mayur Amin). I have enjoyed my discussions with editors and our publishing team members on these issues, and I like to think I have helped to contribute to good policy-setting and reasonably professional retraction processes. I'm also fairly opinionated, so I wanted to conclude this introduction with some general comments and observations.

Why are retractions on the rise?

One can make the argument that the level of ethics issues has not significantly increased, but is simply more visible now. However, I think the better view — one more consistent with the evidence on the number of retractions — is that we are seeing an actual rise in volume. The number of formal retractions as recorded on Elsevier's ScienceDirect platform has more than doubled between 2004 and today — in fact, for 2013 it looks as if we will have close to 200 retractions, which would be five times the number we had in 2004.

As vehicles for investigation and comparisons, I applaud the efforts of COPE (the Committee on Publication Ethics) and CrossCheck (both of which you will hear more about in Part II of this Ethics Special), but would note that they are only vehicles and not a substitute for editorial judgment.

When mistakes (or worse) happen

Researchers should be allowed the benefit of the doubt, particularly at an early point in their career, and we should accept that researchers will sometimes make mistakes at this stage which they can then learn from. This is why I am leery of the notion of "blacklisting" an author or research group. I do not believe that authors should be given carte blanche when it comes to ethics violations — simply that we should be careful not to rush to judgment and be careful in recommending the appropriate sanction for the relevant degree of ethics violation.

I think that not all misconduct is equal; to me, outright fraud is the most dangerous and has the most impact on the community (as it may cut off otherwise promising research areas), and fraud allegations are relatively rare. I would distinguish between plagiarism, which involves taking credit for someone else's research efforts, as opposed to merely copying a stray paragraph or two — the latter is certainly wrong and deserves some form of censure,  but the former is more inherently improper as a destabilization of the research environment.

I think arguments about authorship, and particularly the idea of one author as opposed to all co-authors being identified in a retraction notice as the "culprit," are unnecessary and ultimately do not advance science. Of course, I accept that a co-author who was an equal participant in a project and a paper deserves recognition for their contribution.

Elsevier has had to address some publication ethics issues over the past several years, but I believe we have addressed them head-on and proactively. Last year, there was some discussion about the "faking" of peer-reviewer identities in our article submission system, which we acknowledged and dealt with by improving our system. (Unfortunately identity "theft" in this sense is difficult to prevent entirely except by improving on personal security systems in areas like passwords.)

We have also had public controversies about a now-retired editor who accepted many of his own authored papers for his journal, and controversies about genetically modified foods and the raising of children by same-sex couples. In all of these controversies, we have worked hard to achieve the "right" resolution — first by emphasizing science (if appropriate scientific and publishing processes have been followed, then our view is that we should stick with the result, even if it is not "politically correct") and second by emphasizing transparency and disclosure. Again, we trust the relevant scientific community to put things into context and judge things on their scientific merits.

By sticking with science and transparency, we can give assurance to society that our publishing processes are trustworthy — not that they are perfect but that they can be relied on. Science publishing, however, is not headline-oriented, short-term journalism; it is about the long-term process of building on discoveries and theories. 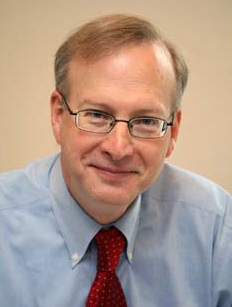 Mark Seeley is Elsevier's SVP and General Counsel and Chair of the Copyright and Legal Affairs Committee of the International Association of Scientific, Technical & Medical Publishers (STM). He is based in Waltham, Massachusetts.

one of my coauthor is dependent to Iran government ,so i want to know,is it any problem or not?