Looking for a beverage to wow your guests this holiday season? A recipe for "alcoholic coffee" in the journal LWT - Food Science and Technology would certainly set you apart from the eggnog crowd – though it might be difficult to make at home.

Rather, it might make for interesting conversation. That's because its uniqueness and flavor ("a pleasant beverage, suitable for human consumption") are just part of the picture. These scientists figured out how to use a byproduct of the coffee we brew – the used grounds we normally toss as rubbish or, at best, onto the compost heap – to create a beverage humans can drink (albeit in limited quantities). 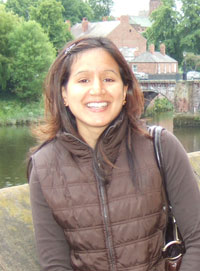 "Sustainability and food security are very big issues for the food science community," explained Rupal Malde, Publisher of Elsevier's Food Science portfolio. "Reducing waste is an important part of the conundrum as everyone strives to protect the planet. Coffee is consumed in huge amounts, and it is encouraging to see that even spent coffee grounds can be used for another purpose."

[pullquote align="right"]"Sustainability and food security are very big issues for the food science community. ... it is encouraging to see that even spent coffee grounds can be used for another purpose."[/pullquote]

The story was not lost on the editors of Time magazine, which featured it on its popular list "The 25 Best Inventions of the Year 2013."

At Elsevier, the coffee's catapult to fame had the journal staff abuzz. "I was very pleased and surprised to find out that one of my journal articles had made it into this prestigious list," Malde said.

Time presents a simplified recipe, though the process is not nearly as simple as brewing a cup of Maxwell House,

Time's writer explains that the resulting concoction is "80 proof like tequila and vodka." And if that's not warning enough to stay off the road after downing a cup, they add: "Beware: this coffee won't keep you awake, since most of the caffeine disappears as it brews."

The scientific article was written by researchers from the Institute for Biotechnology and Bioengineering at the University of Minho in Braga, Portugal, and the Misión Biológica de Galicia in Pontevedra, Spain.[divider]

For the simplified recipe, see the list on Time Magazine's Techland blog. 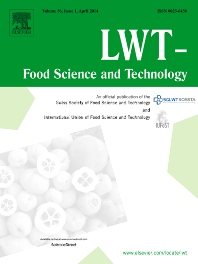 Here, we include the scientific version, gleaned from the article "Production, chemical characterization, and sensory profile of a novel spirit elaborated from spent coffee ground." The article is freely available on ScienceDirect for a month, until January 20, 2014.

This study describes a process for the production of a spirit from spent coffee ground (SCG), the chemical composition, and sensory profile of this distillate. The process consisted in three steps starting with the extraction of aroma compounds by hydrothermal treatment of SCG, followed by the fermentation of this extract supplemented with sucrose to ethanol, and the fermented broth distillation.

Seventeen volatile compounds were identified in the distillate (including alcohols, esters, aldehydes, and acids), all of them in concentrations able to promote pleasant characteristics to the product. Based on the chemical composition, SCG spirit was considered as having organoleptic quality acceptable for human consumption. Twelve descriptors defined the sensory characteristics of this product, including clarity and brilliance (visual analysis), coffee, roasted, alcohol, elegance and frankly (olfactory analysis), bitter, astringent and pungent (gustatory analysis), and finesse (olfactory and gustatory analyses). Coffee was the most representative aroma by olfactory analysis. Based on the sensory analysis, SCG spirit was considered as having features of a pleasant beverage, with smell and taste of coffee. 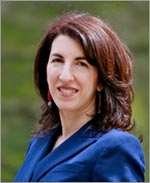 Alison Bert (@AlisonBert) is Editor-in-Chief of Elsevier Connect. She joined Elsevier in 2007 from the world of journalism, where she was a business reporter and blogger for The Journal News, a Gannett daily newspaper in New York. In the previous century, she was a classical guitarist on the music faculty of Syracuse University. She holds a doctorate in music from the University of Arizona, was a Fulbright scholar in Spain and performed in the 1986 master class of Andres Segovia.