Detection of gravitational waves opens “a new window on the universe” 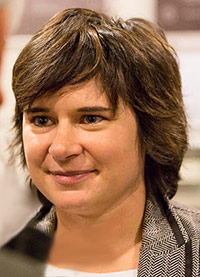 When the LIGO Scientific Collaboration announced they had detected gravitational waves, the implications for science were massive. Transformative ideas are the essence of scientific progress, and at Elsevier, we believe that pursuing the big questions is easier when researchers can get their arms around the world of science. That’s why we are committed to helping scientists of every discipline connect with the right minds, the right tools and the right research to ask the big questions.

Here, Elsevier Publisher and particle physicist Dr. Eleonora Presani has written an article to mark this occasion, and Elsevier recently published a virtual special issue on Gravitational Waves, which you can also view here.

In addition, the Editor-in-Chief of Annals of Physics explains what gravitational waves on the Late Show with Stephen Colbert.

On February 11, the LIGO Scientific Collaboration announced an incredible result: their instrument detected gravitational waves – a brief and feeble sound from the universe, like a tweet.

This was the first time in history that scientists have observed gravitational waves and black holes, and the implications for science are massive.

What are gravitational waves? 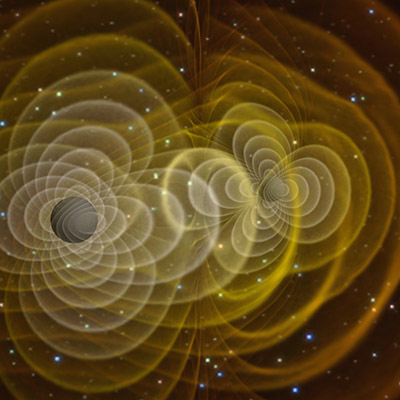 Gravitational waves exist as a consequence of the theory of General Relativity, proposed by Albert Einstein in 1915. Einstein expanded and generalized the Newtonian theory describing both space and time as geometrical coordinates. In particular, he explained how space time can be represented by a curved surface in which curvature depends on the energy and acceleration of the masses present in that surface. Think of having an elastic-tight surface and throwing heavy weights on it: heavier weights at higher speed will create deeper “ripples” in the surface.

How are gravitational waves measured?

The study of gravity from both a theoretical and experimental point of view is not new. For example, Elsevier recently published a collection of articles that have contributed to the understanding of gravitational waves.

At the same time, the efforts to directly detect gravitational waves started not so long ago: only with modern technology have scientists been able to measure such small effects.

In the early 1990s, the LIGO (Laser Interferometer Gravitational-Wave Observatory) experiment was funded by physics professors Dr. Kip Thorne and Dr. Ronald Drever of the California Institute of Technology and Dr. Rainer Weiss of MIT. Around the same time on the other side of the ocean, France and Italy joined forces to build the VIRGO Detector with the same purpose of LIGO. While these two detectors are the ones that signed the latest discovery, they are not the only ones. GEO600 in Sarstedt, Germany, and the Kamioka Gravitational Wave Detector (KAGRA), operated by the University of Tokyo in the Kamioka Observatory in Japan, are also actively searching for gravitational waves.

Explaining gravitational waves on the Late Show with Stephen Colbert

To really understand the importance of this discovery, check out the late-night TV appearance of Prof. Brian Greene, Co-director of Columbia University’s Institute for Strings, Cosmology and Astroparticle Physics and the new Editor-in-Chief of Elsevier’s journal Annals of Physics. On the popular talk show hosted by Stephen Colbert, Dr. Greene refers to it as “a huge discovery not only confirming Einstein’s ideas but also opening a whole new way of exploring the universe” – to which Colbert quips, “So does he seem even smarter now that he used to seem?” And when Colbert sums up Einstein’s legacy by saying, “Scientists are still doing his homework from a hundred years ago,” Dr. Greene agrees: “Everything I have been doing in my career has been in some sense trying to push forward on the path that he first blazed.”

Like the waves of the sea, gravitational waves can be thought of as linear waves propagating though space. It makes sense, therefore, to expect that all these detectors would measure the same gravitational wave when it happens. In fact, using the coincidence between all the different detectors around the world drastically increases the precision of the measurement.

The detection principle they employ is always the same: they measure the interference pattern between two laser beams and notice if the pattern is being perturbed by a gravitational wave. Easy to say, but not so easy to do! This perturbation is expected to be extremely faint, so a lot of work is required to make sure the interference pattern is maintained very constant and controlled. 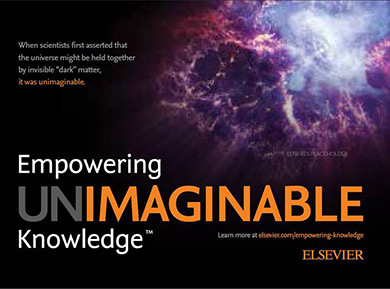 Elsevier is celebrating the unsung, the unseen and the yet unknown. We are proud to support collaboration and innovation every day through information and smart tools – and in special ways, like the global health challenge you can watch and read about here. For more stories about the people and projects empowered by knowledge, we invite you to visit Empowering Knowledge.

This is why, while the measurement was made in September, researchers published their results only in February. Researchers spent several months checking and double-checking the measurement, analyzing the background, looking for any possible source of error or mislead. Unfortunately, when the gravitational wave event crossed Earth on September 14, 2015, only LIGO was operational to make the measurement. The other detector sensitive enough to make this detection, VIRGO, was offline to set up a series of upgrades to improve its sensitivity (LIGO just came back online the previous February, as Advanced LIGO). But the Advanced LIGO has instruments in two locations (Hanford, Washington, and Livingston, Louisiana), and both sites detected the gravitational wave at approximately the same time (the 7 milliseconds in between the two measurements account for the time taken by the wave to travel that distance). This gave enough confidence to the collaboration to announce the discovery; the chances were just one in over 3.5 million that the signal was due to background.

The significance for science

Using this double detection, it was also possible to triangulate the origin of this specific gravitational wave, called GW150914. Triangulation is the same method used to measure the position and distance of an approaching ship: for example, by observing an object from two known points and measuring the angle of observation, it is possible to obtain the coordinates of the observed object with the Pythagorean principle.

At the same time, the shape and properties of the wave allowed the researchers to understand that it has been produced by the merging of two black holes 1.3 billion light years away from us: one of about 29 solar masses and the other of about 36 solar masses. These black holes generated individually from the death of very massive start, have been rotating around each other for their entire life, million of years, but only in the last 20 milliseconds did they collapse onto each other, releasing energy in the form of gravitational waves. While we can’t see that energy in the form of light or electromagnetic radiation, it was an immense quantity of energy: in those 20 milliseconds, the double black hole system released 50 times more energy than all the luminous energy produced by all the stars in the universe combined.

The discovery of gravitational waves has opened a new era for physics and cosmology. The articles in Elsevier’s Virtual Special Issue have contributed to the advancement of gravitational waves studies, and to establishing them as a unique tool to understand problems ranging from the origin of the universe to the structure of space-time around black holes and other astrophysical objects.

This is one of the reasons – if not the most important reason – this discovery is so important. The ability to detect and measure gravitational waves opens a new window on the universe for humanity. Until now, we mostly relied on electromagnetic radiation to understand what’s happening in the universe: we can measure this radiation on an extremely wide range of wavelengths, from the lower energy radio or microwave emissions to the extremely high energy gamma rays. We can understand phenomena in the universe via their nuclear emissions, measuring secondary particles. We have learned a great deal using these means, and we will continue to do so.

But now we can do much more. Light and particles produced by stars very far away may be stopped along their way towards our detectors. They can find obstacles, such as other stars or galaxies, that will forbid them from reaching us. Besides, it is very difficult for us to know precisely the origin of a specific light we observe, since it is mixed up with a lot of background generated by other sources.

On the other hand, gravitational waves are not stopped by obstacles along the way. Gravitational waves are generated by very specific events in the universe that involve movement of huge masses, such as black holes, galactic cores or massive stars. They pass through matter undisturbed and reach us carrying all the information we need about these objects. They are a new way to see the universe. It’s like being able to listen to sounds after only being able to look at lights.

Which leads us to recognize the importance of this discovery from another point of view. This is the first direct observation of a black hole, let alone a merger of a double black hole system. By definition, black holes won’t let any light escape from their surface, making it very hard for us to detect their presence since we normally only observe light. We have inferred the existence of black holes thanks to X-ray emissions of objects that were falling into a black hole, or by looking at the gravitational lensing effects of starlight arriving to us distorted by the presence of a black hole. But GW150914 is the first direct measurement of a black hole.

Theoretically, we already knew it was possible to have a double black hole system; after all, double star systems are very common in the universe. And we know that two stars orbiting around each other lose angular momentum and eventually collapse into each other. But the conditions to have two very massive black holes orbiting each other and merging into an even bigger black hole are not easy to obtain. Researchers were not sure they could take place within the current age of the universe. So this observation has another great value to add to our understating of star evolution.

But the implications of this discovery go much further. We now can hope to measure primordial gravitational waves, produced when the universe was born during the Big Bang. It propels us forward in our understanding of elementary particle physics, putting  very tight limits on the mass of the graviton. This observation, in fact, tells us that gravitational waves travel at the speed of light, which means that gravity has an infinite range (like the electromagnetic field, and contrary to the strong or weak nuclear interactions).

We are therefore entering in a new era of physics – an era in which we can listen more carefully to what the universe is telling us.