A sneak peak at the upcoming film Einstein’s Light 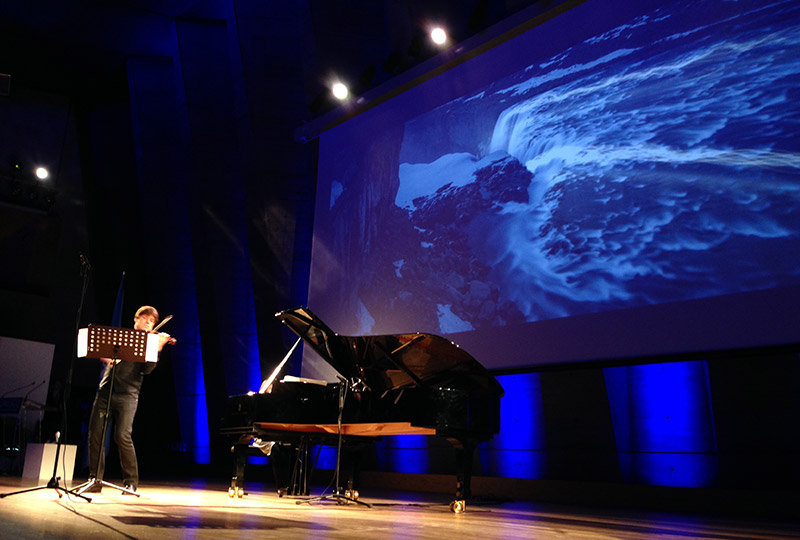 The UN General Assembly has proclaimed 2015 as the International Year of Light and Light-based Technologies (IYL 2015). To realize just how important light is to our everyday activities, you need to look no further than how you are reading this Elsevier Connect story. No doubt you are connected to the Internet. Has it been recommended to you via social media? What about the actual device you are reading this on? Is it a computer? A smartphone? A tablet? 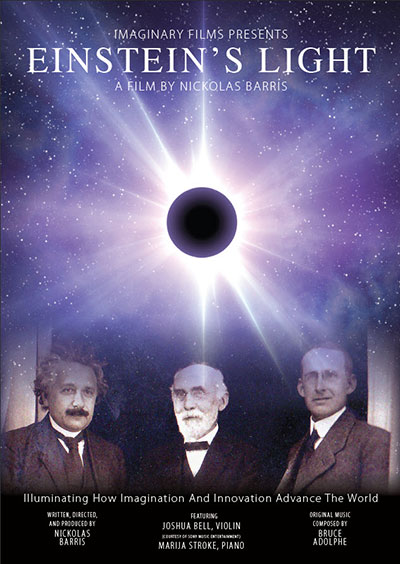 All these and more, have one thing in common: light.

This year isn't only about the importance of the current and future uses of light-based technology in areas such as medicine and international communication; it is also an opportunity to pause and reflect on (no pun intended!) light. For example, light played an important role in Hendrik Lorentz's research into electromagnetic phenomena (the propagation of light), the Lorentz transformation, and Einstein's special theory of relativity.

What better way to celebrate the International Year of Light than via film itself? (A medium where the term "light" is even embedded in the classic Hollywood director's catchphrase "Lights, camera, action.") The Elsevier Physics team has joined forces with various international partners to create a film about Nobel Laureates Dr. Hendrik Lorentz and Dr. Albert Einstein to showcase their contributions to light-based technology.

Einstein's Light is a documentary created by award-winning filmmaker Nickolas Barris. The film explores how scientific imagination and innovation advance knowledge frontiers with Einstein and Lorentz as models. It examines Einstein's discoveries as well as modern examples of scientific imagination and innovation, highlighting organizations on the front edge of discovery. It illuminates Einstein's quest to realize his Theory of General Relativity from his miracle year of 1905 to its finalization amidst the horrors of the First World War, as he used the properties of light to guide his creative path.

Symbiotic relationship between music and science

The symbiotic relationship between music and science is a major theme, as Einstein is the greatest example of its efficacy. "This was the dynamic that enabled Einstein to achieve his greatest scientific discoveries," Barris said.

Einstein had spoken often about the inspiration he gained from music and was quoted by famed music education pioneer Shinichi Suzuki as saying: "The theory of relativity occurred to me by intuition, and music is the driving force behind this intuition. My parents had me study the violin from the time I was six. My new discovery is the result of musical perception."

For the film, Barris commissioned composer Bruce Adolphe to write a score to reflect the power of music as a catalyst for Einstein's scientific creativity. Since Einstein was a devoted violinist, composer Bruce Adolphe created a score based on Einstein's deep connection to the music of Mozart and Bach. Grammy Award-winning violinist Joshua Bell performed the world premiere of music from Bruce Adolphe's score for Einstein's Light yesterday at the United Nations/UNESCO International Year of Light Opening Ceremony in Paris.[divider]

Watch the trailer for Einstein's Light

Although the film will not be released until September, the trailer was premiered at the IYL 2015 opening ceremony at UNESCO Headquarters in Paris this week, with the score performed live by violinist Joshua Bell. You can view the trailer here: 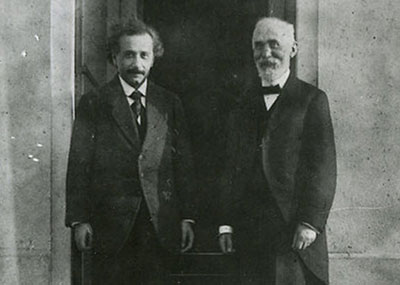 Lorentz and Einstein met many times in Leiden and worked together on developing an understanding of the revolutionary concepts that emerged at the beginning of the 20th century. They were almost opposite characters, but had a great admiration for each other. Each in his own way, they shaped the way we think about the universe and the way we do science today.

We are excited to support this unique opportunity to bring the story of Lorentz and Einstein to audiences around the world. The film will explore the process of scientific knowledge exchange in the past and present, and vision-casting for the future. When discoveries are made, scientists wish to share their findings their peers as soon as possible. This was no different in the life and times of Lorentz, Einstein and their predecessors, like Newton, Farraday and Maxwell, who wrote many papers. I think it's fair to say that by the dissemination of these papers via scientific publishers like Elsevier, these major breakthroughs were quickly acknowledged worldwide in the scientific community.

Did you know that Einstein was inspired by a compass? When Albert Einstein was 5 years old and sick in bed, his father showed him a simple pocket compass. Einstein was mesmerized. What force exerted itself on the little needle to make it point in a single direction? This question haunted Einstein for many years and has been noted as the beginning of his fascination with science. 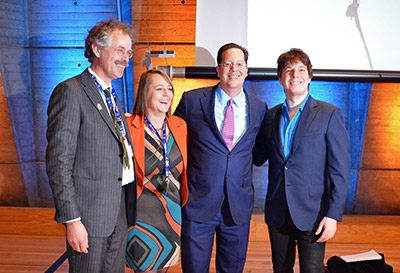 Organizations around the world have joined forces to support the creation of this film. They include: 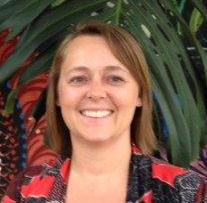 With a background in Biotechnology and Genetics, Darren Sugrue worked in various laboratories throughout the world before he hung up his lab coat in 2006 for a career in marketing. In 2010 he joined Elsevier as Marketing Communications Manager. His idea for the Poster in my Pocket app won first prize in a competition at Elsevier and is now available from both the iTunes and GooglePlay app stores. It has been downloaded more than 10,000 times and used at conferences all over the world.