New detection system could be used to find drugs, contaminants and bacteria

It’s hard to believe that merely a few decades ago, the smartphone was just an idea. What once seemed like disruptive technology has transformed communication and information exchange forever. It is the connection of these uncommon ideas that elevate knowledge from isolated facts to world-changing innovations. Whether you are exploring an unusual hypothesis, designing an unheard-of product or exploiting an unseen niche in the marketplace, our mission is to support you in that journey.

Take two things many of us have at home – paper and a smartphone – and what do you get? Well, for one group of researchers in China and Singapore, a reusable device for on-the-spot detection of pesticides. 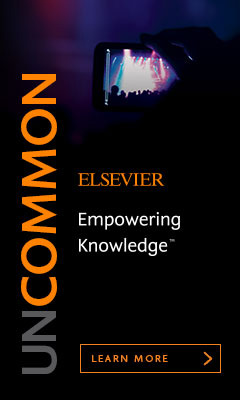 Elsevier is celebrating the unsung, the unseen and the yet unknown. We are proud to support collaboration and innovation every day through information and smart tools. For more stories about the people and projects empowered by knowledge, we invite you to visit Empowering Knowledge.

Detecting molecules like pesticides in food or contaminants in drinking water can be time-consuming and expensive, and the equipment can be restrictively large. As a result, the detection of drugs, contaminants, bacteria and proteins in samples is usually done in a laboratory. But as healthcare moves from hospital to home and people need access to quick diagnostics in the field, detection systems need to be made more portable.

Rising to the challenge, researchers at Hefei University of Technology in Chinaand the National University of Singapore have developed paper sensors that can be analyzed using an Android program on a smartphone – an almost pocket-sized device that could detect chemicals like pesticides rapidly and cheaply. Their study, published in Biosensors and Bioelectronics, describes the new approach they have taken to making a system that can detect low concentrations of pesticide – and potentially any substance – in a sample.

According to telecommunications company Ericsson, there could be more than 6 billion smartphones in use by 2020 – almost one for every person on the planet. Smartphone technology is portable, accessible and relatively cheap so the researchers aimed to tap into that for their detection system. 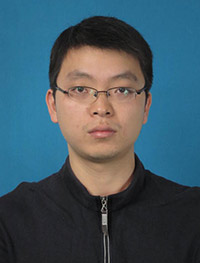 “Since detectors are usually big, it was important that we could develop a smaller unit that was powerful enough to detect small concentrations of the pesticide,” said one of the authors of the study, Dr. Qingsong Mei, an Associate Professor in the School of Medical Engineering at Hefei University of Technology in China.

To make the detector, the researchers had to develop three components: nanoparticles to detect the pesticide and emit a fluorescent signal on the paper, a 3D-printed piece of equipment made of a smartphone attached to a mini-laser, an optical filter and a mini-cavity, and a piece of software that runs on Android.

The fluorescent light differs according to the amount of pesticide present in the sample, so the software can translate that signal into a concentration of pesticide. The system gives a reliable and accurate detection reading at low concentrations of 0.1 μM. 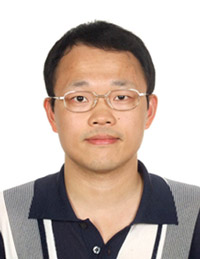 “This is one of the first prototyping systems that integrates a paper sensor like this with a smartphone, and it can be reused, making it economically even more favorable,” said Dr. Bing Nan Li, a lead author of the study and a Full Professor of Biomedical Engineering at Hefei University of Technology. “The smartphone is advantageous in terms of its portability, accessibility, programmability, ease of use and low cost; it brings revolutionary opportunities to the analytical community.”

As the role of pesticides in the decline of pollinator populations and their potential effect on health becomes clearer, it is increasingly important to be able to detect them in the environment and on foods. Usually the equipment used to detect pesticides and other chemicals is large, expensive and slow, making on-the-spot detection challenging.

Smaller detectors have been developed using paper as a sensor material, but they have not produced strong enough signals for detection. The researchers tested their new smartphone-based detection system by detecting the pesticide thiram, which is an anti-fungal chemical widely used on soybean crops. 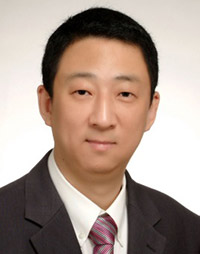 “We’re excited that this new detection system works to identify thiram, and we think we can develop it further to detect many different molecules in a sample,” said Prof. Yong Zhang, a lead author of the study and a Full Professor of Biomedical Engineering at the National University of Singapore.

Although tested on pesticide molecules, the team’s new system could be used to detect any molecule, including drugs, proteins and antibodies. For medicine, where care is moving from hospitals to homes, small, cheap detection systems are vital.

The researchers are now developing kits that can detect different molecules. “We’re now making the system useful for real world application,” said Prof Zhang. “We’re planning to use the technology to detect multiple molecules at the same time – something called multiplex detection. In this way we could, for example, test the quality of the food we eat every day.”

Elsevier has made the following article freely available until December 31, 2016:

Biosensors and Bioelectronics is the principal international journal devoted to research, design, development and application of biosensors and bioelectronics. It is an interdisciplinary journal, serving professionals with an interest in the exploitation of biological materials and designs in novel diagnostic and electronic devices including sensors, DNA chips, electronic noses, lab-on-a-chip and μ-TAS.

Qingsong Mei obtained his PhD from the University of Science and Technology of China in 2012 and joined the Institute of Intelligent Machines, Chinese Academy of Sciences, as an Assistant Professor from 2012 to 2014. Currently he is an Associate Professor at Hefei University of Technology in China. His research interests include designing and preparing advanced optical nanoprobes with applications in chemosensing, biodiagnostics and bioimaging.

Bing Nan Li received his BE degree in biomedical engineering from Southeast University in Nanjing, China, in 2001, his first PhD in electronics engineering from the University of Macau in 2009 and his second PhD degree in bioengineering from the National University of Singapore in 2011. He is currently a Full Professor of Biomedical Engineering at Hefei University of Technology in China, where he is the Department Head and Director of the Center for Magnetic Resonance Imaging X (MRIX). He has published more than 50 peer-reviewed papers and held more than 10 patents. His main research interests are healthonics, functional medical imaging and computing. Prof. Li is a Senior Member of Institute of Electrical and Electronic Engineering (IEEE, USA) and a Senior Member of Chinese Institute of Electronics (CIE, China). He serves on the Editorial Board of the Elsevier journals Computers in Biology and Medicine, Heliyon and Informatics in Medicine Unlocked.

Dr. Yong Zhang is a Professor and Deputy Head of Research in the Department of Biomedical Engineering, National University of Singapore (NUS) and a senior member of NUS NanoCore Research Institute and NUS Graduate School for Integrative Sciences and Engineering (NGS). His current research interests include nanobiophotonics, nanomedicine, biomedical microdevices and tissue engineering.