A research networking system for women in STEM

As the process of conducting research grows more complex and the scope of scientific challenges becomes more interdisciplinary, researchers increasingly need to collaborate with experts outside their primary domains and institutions.

Research networking systems (RNS) enable the rapid discovery of experts and facilitate new collaborations and professional development opportunities by aggregating research and scholarly information about faculty members and researchers. To date, almost all RNS implementations, regardless of platform, focus only on harvesting and displaying expertise from a single institution or university system.

[pullquote align="right"]STEM is an acronym for science, technology, engineering and medicine.[/pullquote]

The new Chicago Collaboration for Women in STEM expert portal, built on Elsevier's SciVal Experts system, has a broader scope while focusing on a population that is underrepresented. It's a multi-institutional RNS designed to stimulate networking and collaboration across disciplinary and institutional boundaries while promoting women in STEM disciplines.

The Chicago Collaboration for Women in STEM program is a joint initiative of Northwestern University and the University of Chicago that aims to bolster the recruitment and advancement of women STEM faculty at both universities and women researchers at two Department of Energy national laboratories: Argonne and Fermilab.

These Chicagoland institutions share a commitment to support women in STEM through programming that promotes career success and develops leadership skills. 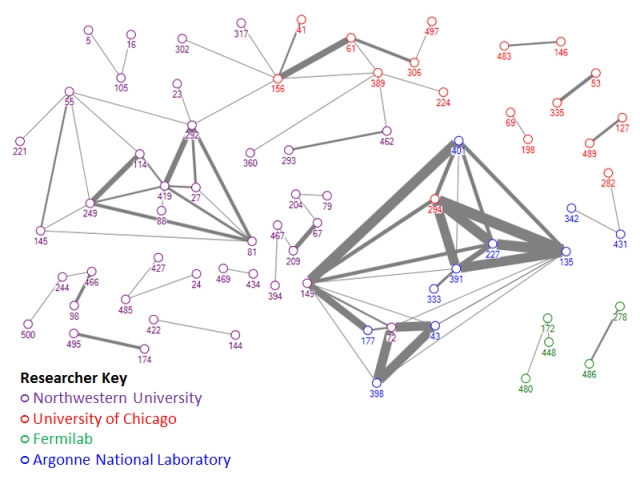 How the expert portal works 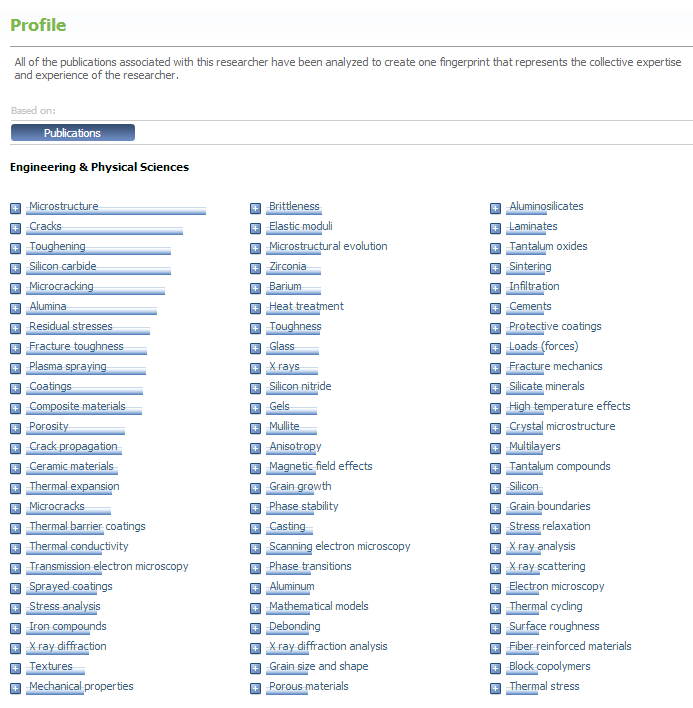 visual semantic index of weighted terms that represents the collective expertise and experience of the researcher.[/caption]

This public SciVal Experts portal is a key component of the program's mission to stimulate networking and collaboration among participants. Funded by Northwestern University and Elsevier's Global Academic Relations department, the portal represents the first instance of an RNS focused on making members of an underrepresented minority group more discoverable.

The researcher profiles are pre-populated with publication histories from Elsevier's Scopus abstract and citation database, combined with institutional data. SciVal Experts also produces a visual semantic index, or Fingerprint, of relevant concepts that represent each researcher's distinctive expertise. The system analyzes the Fingerprints and exposes connections among scientists at the four institutions. 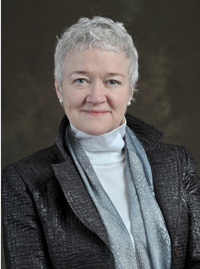 "The program has spawned another valuable networking opportunity, said Dr. Mary Harvey, Associate Provost for Program Development at the University of Chicago. "Our hope is that the expert portal will make it easier for our researchers to find expertise and collaborate."

She pointed out that the program could facilitate networking among the members of the portal and beyond.

Dr. Lindsay Chase-Lansdale, Associate Provost for Faculty at Northwestern University, called the portal "an important first building block in creating what we hope will be a robust research networking tool for women scientists not only at our institutions but across the Chicago region.

Because SciVal Experts broadcasts researcher profile data as semantic web-compliant data, researchers and developers can access the researchers' public profile information in a machine-readable format. They can then use this gender-disambiguated data to conduct sophisticated collaboration and networking studies on this special population. Moreover, SciVal Experts connects profiled researchers with researchers in other RNS via federated search engines such as CTSAsearch and DIRECT2Experts, which aggregate the results of multiple search engines.

The Chicago Collaboration for Women in STEM expert portal can serve as a model for extending RNS across various boundaries to enable the discoverability of women researchers, enhance professional development, and promote diverse and multi-institutional research.

The Chicago Collaboration for Women in STEM SciVal expert portal is at experts.scival.com/chicagowomeninstem.[caption align="alignnone"] 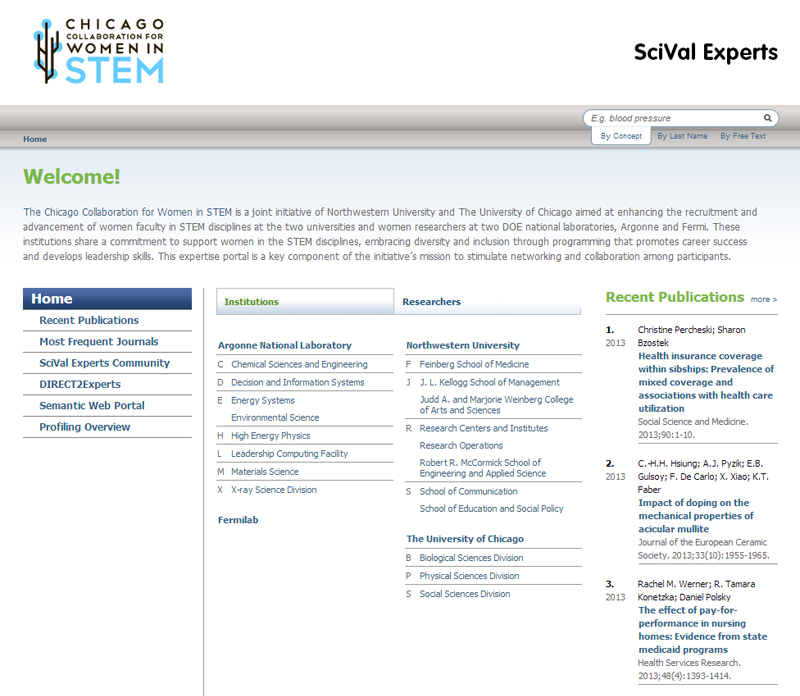 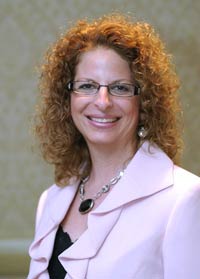 Holly J. Falk-Krzesinski, PhD[/caption]Dr. Holly J. Falk-Krzesinski is VP of Global Academic & Research Relations at Elsevier. She has been a proponent of women in science for most of her career, currently serving as the Editor-in-Chief for the AWIS Magazine of the Association for Women in Science. Dr. Falk-Krzesinski joined Elsevier from the faculty of Northwestern University, where she was a member of the Coordinating Committee of the Chicago Collaboration for Women in STEM program. She is based in Chicago.[caption align="alignright"]

George Lan[/caption]George Lanis a Strategy Analyst for Global Academic Relations at Elsevier. Prior to joining Elsevier, he worked as a research assistant on projects related to social networks, employment, and inequality. He is based in New York.

David Kross is Senior Marketing Manager for Academic and Government Institutional Markets at Elsevier. He manages marketing and communications initiatives for Elsevier's SciVal research management products and services, including the SciVal Expertsresearch networking tool. He is based in New York.