From treating malaria patients to running educational clinics in slums, medical volunteers are serving the world’s most needy communities 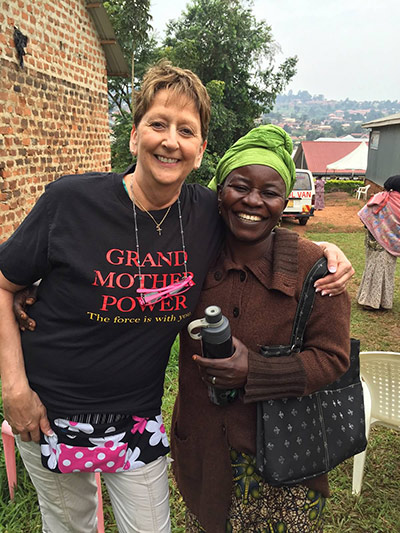 Sometimes Cindy Tryniszewski questions her involvement in Project Helping Hands, a nonprofit volunteer organization that provides medical care and health education in the developing world. Vacation time is taken up with trips to Uganda; late-night conference calls are followed by 5 a.m. starts; and the work must be done alongside her demanding day job as Executive Director of Clinical Learning at Elsevier.

But there is a reason Tryniszewski – a nurse for more than 40 years – makes this work a priority despite the challenges.

Project Helping Hands (PHH) sends volunteer teams of nurses, physicians and support personnel to Bolivia, Uganda, Haiti, the Philippines, the Dominican Republic, and other places that benefit from health education and medical care. Since its foundation in 1994, PHH has organized and sent more than 100 medical and education teams with more than 1,500 volunteers to serve in countries around the world. Cindy currently sits on the PHH Board of Directors.

“The country I’m mostly involved in is Uganda,” Tryniszewski said. “I’ve been there three times, and I’ve been the director of education on each trip, helping to run clinics and provide education in the Kampala slums and very remote areas for two weeks overall.”

Tryniszewski draws on her experience as a nurse and educator to share knowledge with the people waiting to be seen. “We cover some very basic topics,” she said. “Things like hand-washing, malaria, because it’s the number one killer of children under 5, syphilis, and so on.”

In the past, the emphasis of the program was on providing healthcare. Now education is given an equal focus, with the aim of moving the areas served to sustainability where Project Helping Hands’ clinics are no longer needed.

To that end, Tryniszewski has worked with Elsevier author Jean Proehl, who currently sits on the Emergency Nurses Association Board of Directors and is a PHH team leader, to put together a formal proposal that will standardize information and education across all the countries in which PHH works. The teaching in Cambodia on Malaria will reflect the teaching in Uganda, ensuring consistent, up-to -date information for every country.

That initiative builds on some of the special programs of education that PHH has already put into action. Tryniszewski described one project called Grandmother Power:

We gather together the grandmothers and explain to them that they are the leaders of the community, that their grandkids would look to them for guidance and information. So we provide them with the education they need to teach their grandkids on such topics as human immunodeficiency virus (HIV), syphilis, hygiene, and other major issues.

Another class is aimed at young girls between the ages of 12 and 19 who are menstruating. “They don’t have a lot of feminine hygiene supplies, so generally what happens is they either miss a lot of school or drop out entirely,” Tryniszewski explained. To address that, PHH rounded up donations of feminine hygiene pads that can be washed and reused, as well as buying supplies from AfriPads, an organization in Uganda. When the girls gather for the class, they discuss menstruation and other sensitive topics and are given a supply pack. “They line up from early in the morning, they’re so desperate to have these products,” she said.

Sometimes the situations that arise are unexpected, calling on the fast thinking and medical expertise of volunteers.

“On our last trip to Kampala, in Uganda,” Tryniszewski recalled, “a woman came to the clinic and sat and waited with her 6-day-old baby sleeping in her arms, she sat there for hours.” 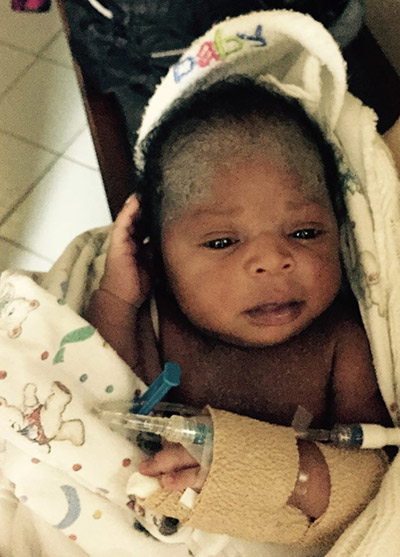 Unbeknownst to the team, the baby was very ill, and by the time the mother was called in for treatment, the baby was completely unresponsive. “The baby was hours away from death,” Tryniszewski said. “She had a high fever, and she was septic.”

The team started an IV, administered antibiotics, acetaminophen and intravenous fluid and managed to revive her. They provided money to have the baby hospitalized, and a physician and nurse accompanied them to the local hospital.

“We recently got some photos of the baby. She’s alive, and she’s doing well,” Tryniszewski said.

However, with so many people seeking treatment and information, the team sometimes becomes overwhelmed under the weight of the work that needs to be done:

There was one very painful moment when a woman came to us right at the end of what had been a very long and intense day, with two young girls. It took me a moment to understand what she was telling us. The two girls had been raped.

Tryniszewski explained the situation to the rest of her team, who immediately recognized the need to spend some time with the two girls. But with the clinic closing up, and the pharmacist – who was also a rape counsellor and translator – unavailable, the team had to ask the mother to return with the girls in the morning.

I knew in my heart that they weren’t going to come back because they had already walked miles to be there. My one regret is that we didn’t say ‘we’re doing this right now.’ They were two beautiful young girls, and I could see the pain in their eyes. To be honest, my heart aches for them.

So when the late nights collide with early mornings and the projects and proposals mount up and Cindy asks that question, “Am I crazy to be doing all this?” she already knows the answer: “Even though the work can be physically and emotionally draining, I love it and am very much looking forward to my next trip in 2017. The time investment is so minimal compared to the good that is accomplished.”

Ian Evans is Communications Business Partner at Elsevier, based in Oxford. He joined Elsevier four years ago from a small trade publisher specializing in popular science and literary fiction.

Prior to this he worked for several years on a leading trade magazine for the electrical retail industry, reporting on new technologies and market trends in consumer electronics. He holds a degree in English literature from the University of Wales, Cardiff, and spends his spare time reading, writing, and playing drums.