Contest — in its 38th year — honors books, journals and e-products in professional and scholarly publishing

PROSE honors the best books, journals and electronic products in professional and scholarly publishing, as judged by peer publishers, librarians and academics.This year's contest received more than 530 submissions from 60 publishers across the United States — the most since the contest's inception in 1976.

Winners will be recognized across all disciplines of the sciences and humanities. Also, for the first time, the Association of American Publishers will present a cash award of $10,000 to the author who receives the highest honor: the RR Hawkins Award. 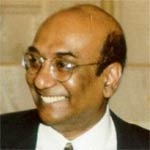 "It's an honor to be able to recognize authors for the first time in this way," said PROSE Awards Chairman John A. Jenkins, President and Publisher Emeritus of CQ Press.

The 2011 RR Hawkins Award winner will be featured in a short film during the ceremony. A Holy Curiosity: The Mind of a Scientist Author tells the poignant story of one man's quest to create an epic work of scholarship: The Diffusion Handbook: Applied Solutions for Engineers, by Michael Thambynayagam, published by McGraw-Hill.

Directed and produced by award-winning New York filmmaker Mary Rose Synek, the film examines the development of a highly acclaimed work about the diffusion equation and its myriad everyday applications – from expansion and contraction of metals to growth of cancerous cells in the human body. Dr. Thambynayagam spent his professional life creating this resource. His equations explain the movement of particles from areas of high to low concentration that occurs in all aspects of life.

Watch the webcast on February 6

(The PROSE webcast is experiencing technical problems. We hope it will be up shortly.)

The award ceremony is being broadcast live from the Ritz Carlton Hotel from 12 to 1:30 pm EST. There is also live tweeting with the hashtag #PROSEAwards. 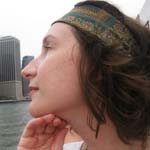 Kate Kolendo is the Project Manager for the Professional & Scholarly Publishing (PSP) Division of the Association of American Publishers (AAP), based in New York. She came to the AAP six years ago after spending four years simultaneously running a theatrical production company and working as the American Programs Coordinator at Young Judaea/Hadassah. After earning at BA in English from Barnard College, she spent several years in advertising sales, marketing and promotions in the magazine industry, working for The New Yorker, Harper's Magazine and The Atlantic. A food and drink enthusiast, she blogs about her epicurean experiences.[divider]